Who are these characters shown in post credit scene of Episode 4 of Loki?

In Loki, Season 1 Episode 4 - During the post-credit scene, Loki is greeted by a couple of characters after he wakes up. Who are they?

These are Loki Variants, as seen from the credits we have:

This is a variant of Loki based on Loki from his first Modern Age appearance in Journey into Mystery Vol. 1 Issue 85. 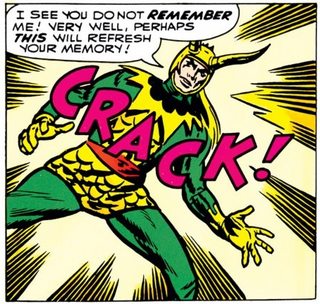 This is a variant of Loki based on Kid Loki from the comics whose first appearance was in Thor Vol. 1 Issue 617. 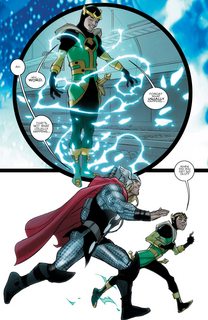 As far as I can tell Boastful Loki isn't based on any one character, it's possible it's a variation on Loki, God of Heroism and Truth, from Loki: Agent of Asgard Issue 9 but no clear indication. 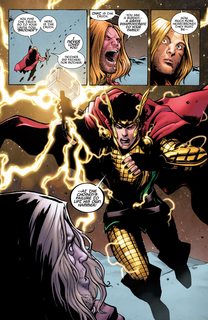 However, this variant does look quite like the one we see in a Thor: The Dark World deleted scene where Loki projects a vision of what it would be like if he was crowned. It's possible this Loki ties closer into Thor and actually ruled for a while. Note the Loki in the deleted scene can also wield Mjolnir.

As far as I can tell this variant Loki is a new creation and not based on anything else from the comics. It's possible it is just a normal Loki that got stuck in transformation like when the main Loki transformed into a snake to scare Thor.

Thor: Yes, me too. On many, many occasions. There was one time when we were children, he transformed himself into a snake, and he knows that I love snakes. So, I went to pick up the snake to admire it and he transformed back into himself and he was like, "Yeah, it's me!" And he stabbed me. We were eight at the time.

I can't identify the hammer guy but the other two of them seems Loki variants: Kid Loki and "first appearance" Loki by Jack Kirby from Journey into Mystery #85. 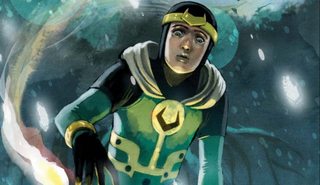 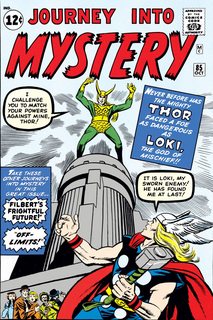 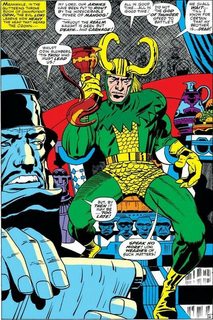 Note: The second adult Loki image does not belong to #85 but a later issue.

In some web pages, like this one supplied by @AncientSwordRage, it's said that hammer guy may be Loki, God of Heroism and Thruth, as seen in Loki: Agent of Asgard #9. 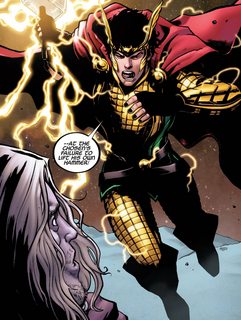