Fantasy novel with hero given a dog name

I read this novel in the mid-to-late 2010s, I imagine it was not a very old series (i.e., it was likely written after 2010). It takes place in a fantasy world where some people have elemental powers (kind of like Avatar: The Last Airbender, but with swords and stuff).

I remember that the main character was an orphan who had a dog name. However, I can't remember what the name was because it was some weird fantasy dog name like "Gibo", but it was explicitly mentioned that his name was "the fantasy equivalent of Fido".

I recall that the first book starts with "Gibo" (or whatever his name was) being down on his luck, being in a subservient role to some Lord or King, and was mistreated. However, he gets rescued by some mentor (I think the mentor was named Falcon and was Gibo's uncle). In the process, "Falcon" first gets into a gladiator fight, where he trounces the Lord/King's 3 best guards (the guards had the powers of earth, wind, and water respectively, while Falcon's power was fire, which is somewhat taboo). Afterwards, Gibo is taken to some faction where he thrives and learns to fight.

Then, maybe two books later, everything goes to shit. Some "darkness" inside Gibo's powers gets pushed too far, unleashing an ancient evil. I think the evil figure was called "the Phoenix" or something, and he was described as being very beautiful (and that he used his looks to put others off their guard or something or trick others to be his followers). The Phoenix ruins everything, he blows up the faction's cool hideout and killed basically everyone (including Falcon who dies right in front of Gibo's face). Also, I think some lover of Gibo's dies around the same time, I think he met her in a desert in the second book but I don't remember too well.

Most of society seemed to have a sort of medieval level of development, including where Gibo used to serve at the beginning of book one. However, the faction where Gibo lived had achieved "basic electricity" (e.g., light bulbs and toilets) by "cleverly applying all 4 of the elements together" or something.

I also remember that while one needed to be "gifted" to use elemental powers, they also needed or at least heavily relied upon the help of "elemental stones". Every fighter is expected to have these elemental stones imbued into their weapons for use in combat. Many if not all members of the faction also had rings imbued with elemental stones, and I remember a line of dialogue (from book 1) about how this was not a common practice outside the faction.

I also remember in book two there was some hard rock, let's call it "hard-diamond", that they talked about. They said it was a very hard material, which they would love to turn into weapons. However, it was too difficult to sharpen, so they couldn't fashion it into swords, and they also didn't know how to imbue it with elemental stones. So, in the end, they just used it to construct coliseums.

Something in my mind made me think it was called the "Renegades series". However, when I looked that up, I just found scifi books, which are not what I am looking for. Perhaps it is called the Renegades series, and was just not very popular, or maybe I am remembering the name slightly wrong, or totally wrong.

This is The Renegade Series by J.C. Fiske, starting with Renegade Rising.

Life’s tough if you’re a boy named Gisbo. Besides having a name that means "dog" in a barbaric tongue and being forced to live all alone in a manure shack outside the city walls, Gisbo has also never soared on a flying sword, raised a boon animal, or made a single friend.

and continuing with Renegade Reprisal

Freshly given his new Renegara title, Gisbo Falcon is back, but for how long? On the desert plains of Flaria, Gisbo continues his training under his Class Master, Falcon, while dodging Spike Slithers, getting reacquainted with a long lost family, and preparing for a tournament to face off against his greatest rival yet, Malik Strife. But that’s the easy part 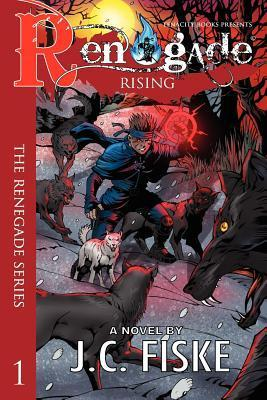