What is the suggested reading order for all the Rivers of London material? Where do the short stories from Tales from the Folly fit in chronologically.

Handily the Author maintains as chronology page, which you can find here.

This falls downs a little for a reading order however, by putting the flashback Action at a Distance graphic novel and the earliest short stories from Tales from the Folly right at the start, when they make a lot more sense later on.

A more limited view, from the front of the latest graphic novel shows everything published to that point, without the short stories. As previously stated, Action at a Distance would probably be better read directly after Lies Sleeping, rather than as a starting point for the series. 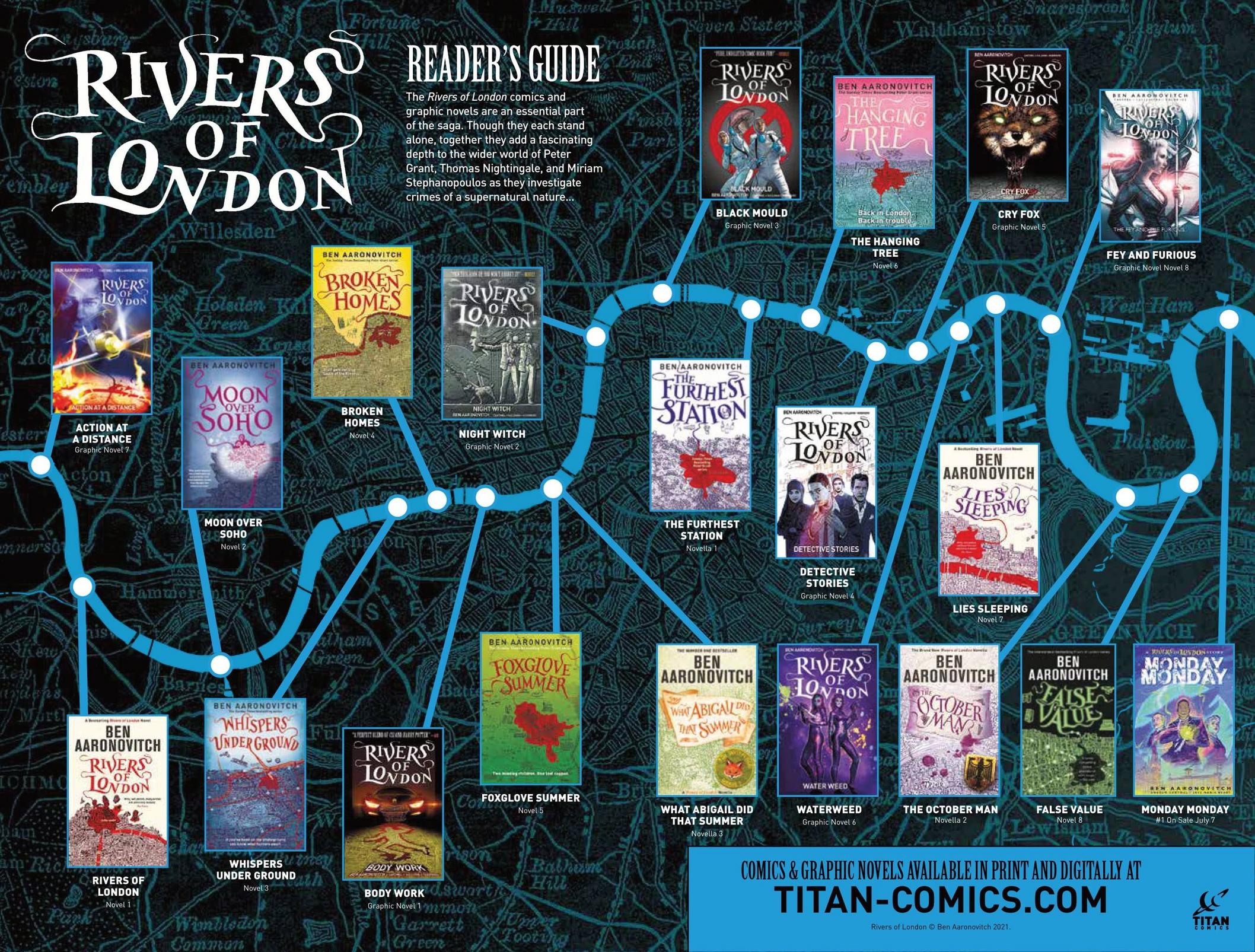 In case of dead-links and to shuffle the most jarring flashback stories to a more comfortable place a full reading order as of October 2021 is below;

Not the answer you're looking for? Browse other questions tagged suggested-order chronological-order rivers-of-london or ask your own question.

38
What is the correct reading order for Stephen King's 'Dark Tower' series (updated)?
15
Earthsea — Suggested order for Reading/Watching
2
What order to read Kage Baker's "The Company" books, novellas and short stories
4
In what order should I read the Heechee novels and stories?
8
Are "The Expanse" short stories a mandatory read?
8
Where do the Game of Thrones graphic novels stand in the chronological reading order?
3
Suggested reading order of "The Expanse: Origins" graphic novels
6
Which small town is leveled and when in Rivers of London?
5
How big is the magical community in Rivers of London