Who's the villain in Iron Man 3?

The Iron Man 3 trailer was released recently. In it, there's a villain who seems to be targeting Tony Stark. It seems like he's trying to prove a point about superheroes - that there is "no such thing".

It seems to me like we're meant to understand that the villainous narrator is this guy: 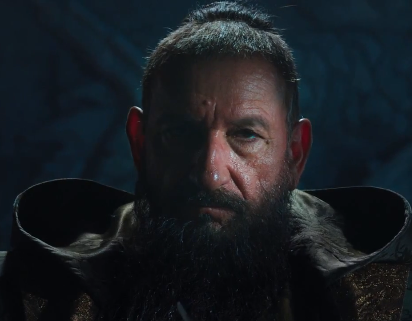 He's got a distinctive tattoo on the back of his neck that almost looks like Captain America's shield: 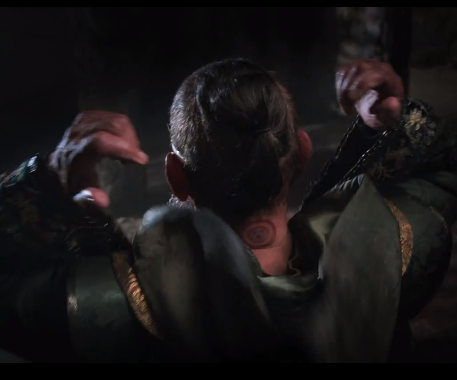 He's also got some distinctive jewelry (though that isn't visible in the shot where he's taking off his hood, above): 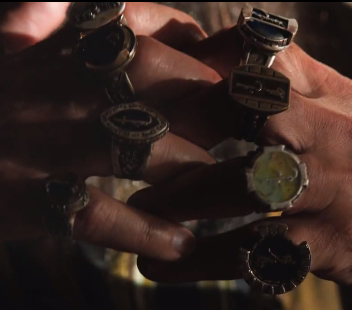 Who is this guy? Are there any hints in the trailer about what existing Marvel villain we might be battling here? Are we going to roughly follow any existing Marvel plots, or are this story and its villain new territory?

What intel do we have on the Iron Man 3 villain?

The villain is Mandarin. He is a very famous rival of Iron Man and the Avengers.

Another early enemy of Shellhead's was the Mandarin, an arch-criminal who just happened to be an Asian communist, part of the Yellow Peril craze of characters of the time. Over the years, writers have shaped the Mandarin into Iron Man’s arch-enemy, the Lex Luthor to his Superman. And what we see is that from his very start, going back to his creation in the jungles of Vietnam, Iron Man was juxtaposed to communism--a man of steel alloy representing Truth, Justice and the American Way, fighting for freedom and capitalism during the Cold War. But times change. And as a matter of course, the Mandarin has evolved from a diehard Red into an Eastern mystical character trading in the Black Arts. Recent storyline aside, he also renounces all technology, again making him a perfect enemy for our hero. And where does that put Iron Man?

The person pictured is The Mandarin. However, the Mandarin himself (i.e. the primary antagonist) is eventually revealed to actually be

Aldrich Killian - A researcher who helped develop the Extremis project.

He offers this quote:

Killian: You said you wanted the Mandarin. You're looking right at him. It was always me, Tony...

This is a fairly large deviation from the established comic canon, not least because The Mandarin is no longer a super-villain with fantastic abilities or rings of power.

The Mandarin in the comics has superpowers that he gets from using the rings.

But in Iron Man 3, he is an intelligent and very powerful leader of the Ten Rings, a terrorist group meant to be named after the 10 rings he wears in the comics. But he has no superpowers.

The Ten Rings group is also shown in the first Iron Man as the terrorist group that kidnaps Tony at the start of the movie.

That character, as the other answers have noted, is the Mandarin; the film version of which is a relatively-mundane (no power rings or dragon-alien link) leader of a very organised vaguely middle-eastern terrorist organisation called the Ten Rings.

However, further information revealed in the film (and kept secret very well in the marketing material) shows that (WARNING: major, major SPOILER ahead)

The Mandarin is actually a drug-addled actor hired by the real villain of the piece, Aldritch Killian, in order to record some messages to claim responsibility for high-profile explosions, thereby manufacturing a terrorist threat and furthering his plans.
...and he's bloody marvellous, darling.

9
Who are all the other ‘Iron Men’ in the Iron Man 3 trailer?
10
What was the motive of the villain in Iron Man 3?
36
Where were the Avengers during Iron Man 3?
7
How did Tony Stark have the Mark II armour in Iron Man 3?
4
Why is the vice president arrested in Iron Man 3?
17
Iron Man 3: Mandarin's Captain America Tattoo
0
Iron Man inconsistencies
28
Is Thor more than an Asgardian?
14
Iron Man villain - a being made of “living gold”