Who is stuck inside the jar in Episode 5 of Loki?

In Episode 5 of Loki,

we see a character stuck inside the Jar tagged "T365" trying to reach out for a Mjolnir for a brief second. Who is this character? 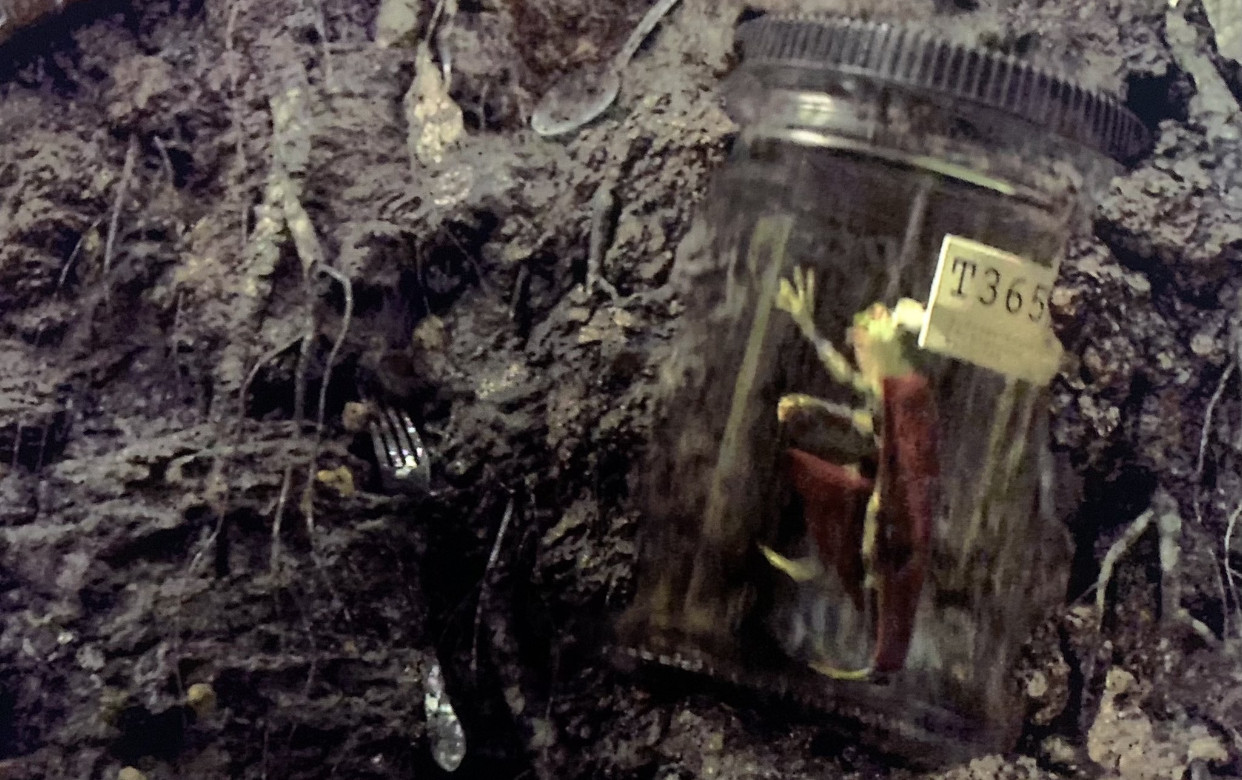 Throg can be a few things but there is the main 616 version where it is actually Thor who has been turned into a frog. The label on the jar here is a reference to this version as the first appearance was in Thor Issue 365. 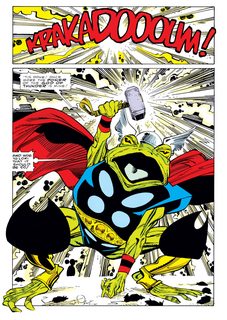 Of interest is that apparently there was a scene shot, that was ultimately cut, back in the Time Theater where we see Throg pummelling Loki.

ENTERTAINMENT WEEKLY: Let's start with Frog Thor. Episode 4 writer Eric Martin mentioned on Twitter that you guys actually filmed a scene with Loki and Frog Thor in the time theatre for the premiere. What actually happened in the scene?

MICHAEL WALDRON: There was a version alongside the D.B. Cooper sequence of kind of Loki's Greatest Hits. There was another greatest hit of the time that Thor was turned into a frog and that's in this case left to the imagination. But yeah, we did almost get there in there. But I am glad that we see that Frog Thor.

Entertainment Weekly, Loki boss on Frog Thor, Loki and Sylvie's bond, and why Marvel isn't like the TVA

@MrEricMartin: Comic fans will notice the Frog of Thunder in that jar. We actually shot a scene for the Time Theater in Ep 1 of Loki getting pummeled by Frog Thor, but had to cut it to keep things moving. It’s too bad, because Tom was funny as hell. #LokiMidnightTheater

11
Who is this character in Loki?
10
Why was Loki so weak?
3
Does Loki exist both in the Sacred Timeline and the branched timeline simultaneously?
11
Who are these pruned variants in Episode 5 of Loki?
11
Who truly is the character behind the TVA?
0
Could Loki have used the Infinity Stones against Alioth?
25
Why was this offer even made, in the Loki Season 1 finale?
10
Why is the stack of papers documenting “everything” Loki has “ever said” so small?