In pictures of Iron Man 3 we see Tony has a room with what I am guessing are old armors. What are they all? 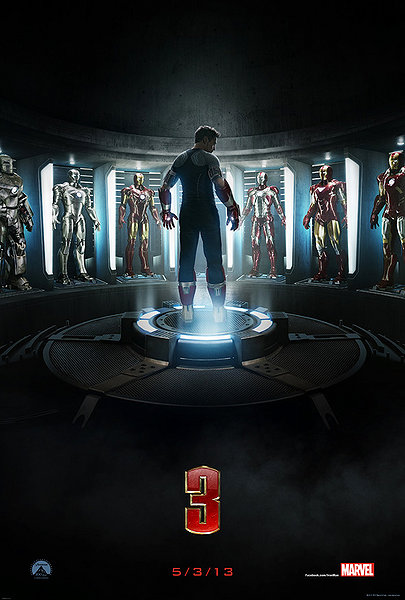 Here are two other angles: 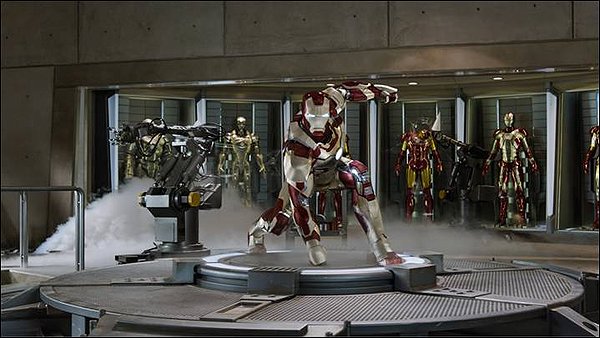 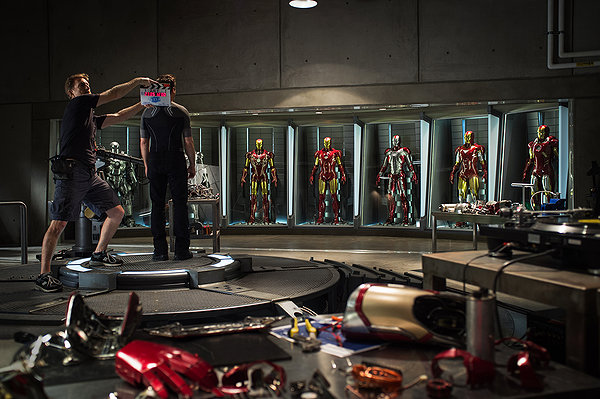 They are all the past models of Iron Man armor, or at least placeholders for them. At the end of Iron Man 2, it's implied that Rhodey kept the War Machine armor, which was the Mark II, and yet there's an armor that looks like the Mark II in that lineup. From left to right, they are:

the Extremis story arc featured Tony building a new suit of armor that could be mentally remote controlled by Tony. The armor moves via additional repulsors on each piece of armor, which allows Tony to fly the pieces of armor onto himself. The Extremis storyline has this made possible by Tony becoming a cyborg, but the trailer doesn't make it clear if this aspect will be part of Iron Man 3.

They are the Iron Man armors in technological progress from the Mark I to the Mark VII.

Mark VIII is the newest golden armor in the center panel.

The Iron Man Armor is arguably one of the most powerful forms of technology developed by Tony Stark.

58
Why did Tony Stark build arc reactors into his extra Iron Man suits?
9
What's the story behind Tony Stark's new(er) armor?
7
How did the villain expect this part of his plot to work?
9
Who was Tony talking to in the post-credits scene?
14
What is Tony Stark's PhD field subject?
12
Why does Tony Stark ask to recalibrate the ISDN on the mobile van?
28
Who else has worn armor designed by Tony Stark?
1
What happened to Iron Man's armor from Mark 51 to Mark 84?