What is the origin of a phylactery as a soul jar?

The original use of Phylactery is from

and was originally meant to refer to ‘Tefillin’, boxes that contain script from the Torah.

The first time I heard of it, though, it was as the ‘soul jar’ of a Lich in D&D. I can’t find a reference for this being the first time it was used to mean ‘Soul Jar’. None of the examples of Liches on Wikipedia reference a phylactery at all.

Box of Scripture to Soul Jar seems like a bit of a leap, though not an unimaginable one.

Were there any intervening steps? If not, can it be pinned down to a design choice of a D&D rules writer?

What is its first use in fiction?

This is an old question, but it's gotten bumped, so I am sharing some old research that I was a part of about twenty-five years ago. There are not (to my knowledge) any archives of the bulletin board where this was discussed, but I remember the rough conclusions that we came to. We were coming to the question from the point of view of Dungeons & Dragons players, and we came to a D&D-related conclusion; however, we were not looking for evidence that had to come specifically from the game.

The word phylactery was based on a previous Greek word meaning, roughly, amulet, indicating a magical protective charm of a size to be carried on one's person. Phylactery was used both in this generalized meaning and in the specific meaning of tefillah, for essentially the entire history of the word. However, there were probably no instances of the soul jar meaning until 1979.

In the AD&D Monster Manual (1977), the lich was described as needing phylactery to maintain its state as a free-willed, thinking undead monster. At that point, the mention of the phylactery was just a bit flavor text, like that found in many of the Monster Manual entries. It is not clear which meaning of phylactery E. Gary Gygax had in mind, although he was extremely erudite and referenced all sorts of miscellaneous trivia in the AD&D game rules, so I suspect that he probably knew of the Jewish meaning. The accompanying artwork by David A. Trampier showed the monster wearing a crown, with a protruding block on the front that could be either a jewel or a tefillah. 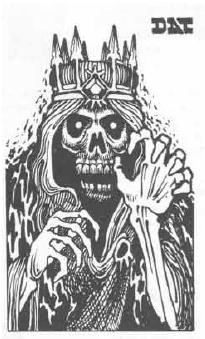 While Gygax and Trampier may have known the religious meaning of phylactery, it appears that Len Lakofka may not have. In his article "Blueprint for Lich" (Dragon Magazine #26, page 36; later reprinted in one of the Best of Dragon anthologies), the process he describes (via which a wizard may become a lich) focuses on a soul object that the mage's life energy must be stored in as part of the process. Lakofka never used the word "phylactery" in the article, but it certainly appears that the Monster Manual phylactery and Lakofka's soul jar are meant to be one and the same. The connection was made explicit in the ENDLESS QUEST (like Choose Your Own Adventure) book Lair of the Lich in 1985. 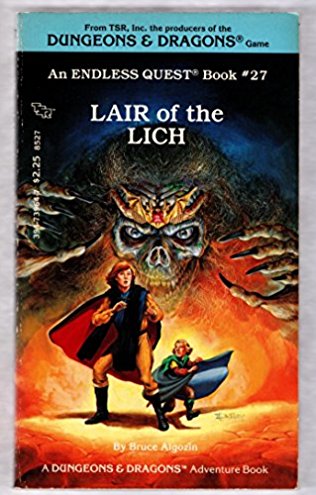 I suppose it was based on the legend of Koschei the deathless. He kept his soul inside an egg and he couldn't be killed while his soul was kept safe, pretty much as a lich (except for the different recipient). Another possibility was the jars where the ancient Egyptians used to kept the organs of the dead as part of the mummification process.

It probably wasn't the earliest, but Lloyd Alexander had a bad guy put his soul in his finger which was cut off and hidden inside the trunk of a tree. That book series was written in the 1960s.

It most likely comes from the use of the word to refer to an amulet or charm. The word comes from Ancient Greek: Wiktionary Link

From the original Greek, you can see that the word carries a connotation of "protection", which fits with the version we see in fantasy, where a lich's phylactery (or Kaschei's egg) protects the soul held within. Literally a protective amulet or charm.

Not the answer you're looking for? Browse other questions tagged history-of magical-items undead souls or ask your own question.

19
What is earliest version of a “horcrux”?

19
What's the origin of Flying Brooms?
4
What happens if you release a soul from a Horcrux/container?
8
What is the functional effect of splitting one's soul?
9
Story where a monster asks if he has a soul
3
What is the first fictional container that is magically smaller on the inside?
0
Origin of human souls being literally dark
3
Origin of “soul stones” as prison for souls
4
What is the origin of the Witch Hunter archetype or genre?