Why is Bahamut the Grand Master of Flowers in the new MTG set?

As I understand, 'Grand Master of Flowers' is a title given to the leader of the Monastery of the Yellow Rose, What relationship does it have to Bahamut?

The monastery appears to worship a different deity, and Bahamut is not really a god of monks. Why did Wizards print Bahamut as this monk? 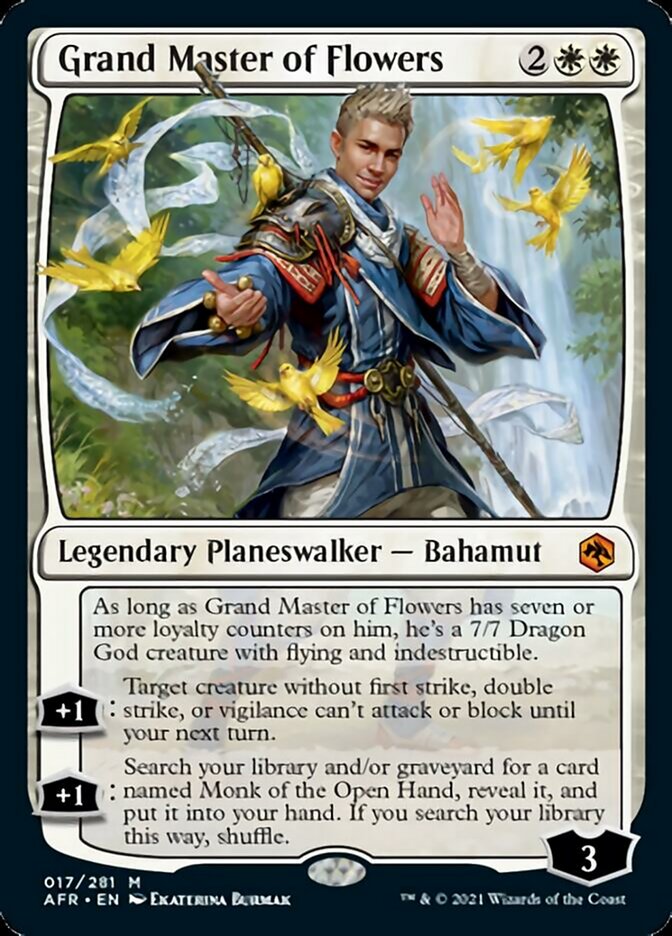 Possibly a hint towards the future?

Bahamut is known to disguise himself as a human surrounded by seven canaries in order to advance good causes. It would appear he is doing that in his card. This is especially apparent in his alternate art, which gives more inhuman eyes. 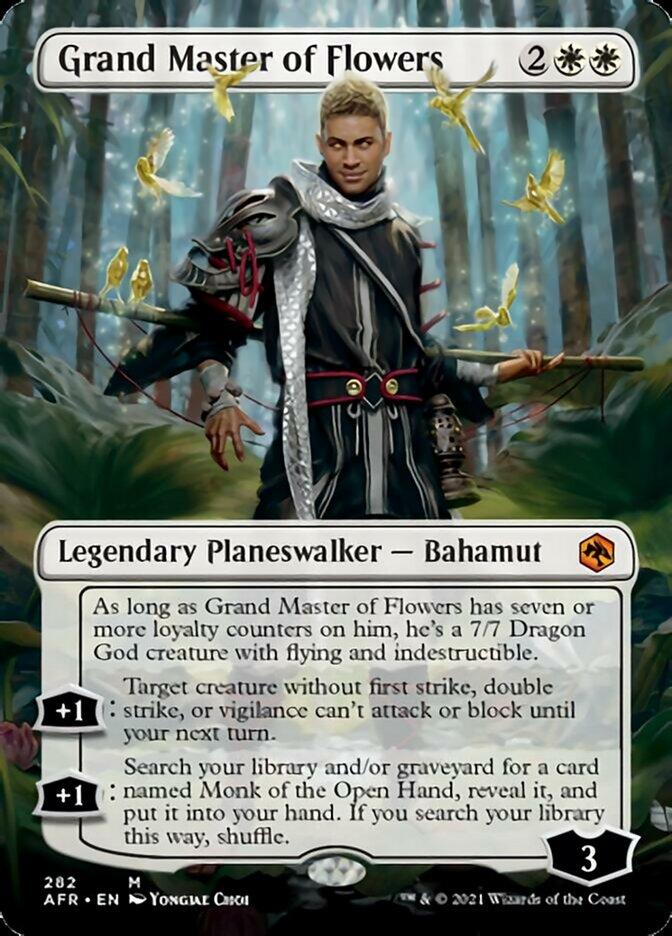 I don't know why specifically they chose to combine these two previously unrelated elements of the lore. However, Bahamut is a lawful-good god and the Monastery is a lawful-good organization, so it's not the biggest jump that Bahamut would find them interesting. I've also seen speculation that this is a hint towards an upcoming development based on the Way of the Ascendant Dragon monks coming to D&D soon.

Not the answer you're looking for? Browse other questions tagged dungeons-and-dragons forgotten-realms magic-the-gathering or ask your own question.

3
Does Sarkhan Vol planeswalker die after the Eldrazi are freed in Zendikar? (MTG Novel)
1
Why do the Thayvan red wizards shave their head?