Vader's right hand is prosthetic (first cut off by Count Dooku in Episode II, and then we see the prosthetic fully exposed when Luke cuts the mechanical wrist off in Episode VI). 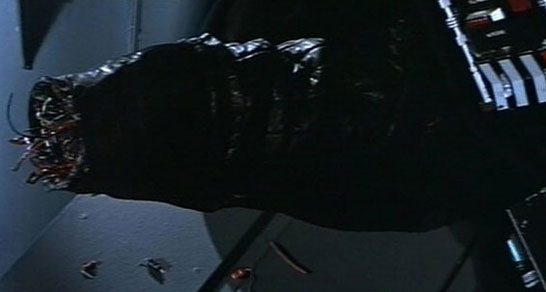 What about his left wrist? Was it organic or artificial?

TL;DR: His entire left hand was cut off by Obi-Wan Kenobi to the shoulder after they dueled on Mustafar in the lava, therefore yes, both his wrists are artificial.

And here's a screengrab from Youtube clip of Mustafar batte: 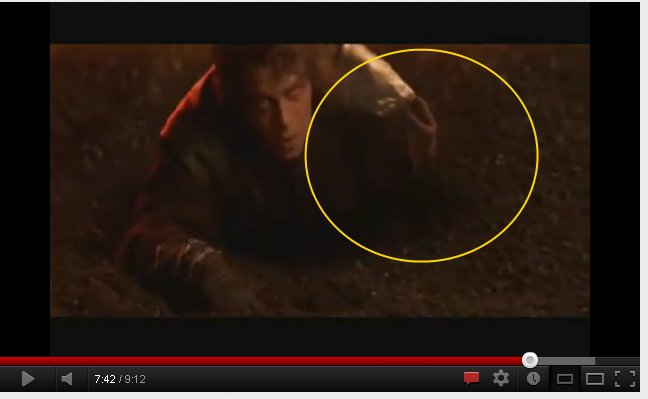 ... and here's a clearer one (It's a lot more obvious that it's a stump in the video than a single frame though): 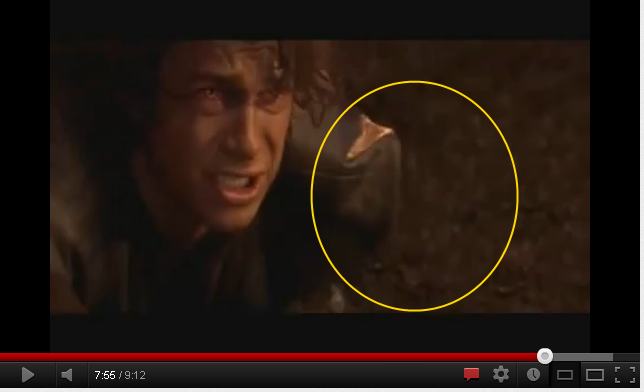 VANITY FAIR: What is the meaning of all the hands, arms, legs and heads being chopped off in the films that have emerged from Lucas' brain?
GEORGE LUCAS: That's what happens when you play with swords

Obi-Wan cut off Anakin's left arm along with his legs in the lightsaber duel on Mustafar in Revenge of the Sith. In the image below of Anakin in a hospital after the duel you can see the stump of his left arm before the prosthetic was attached. Waving near the droid's head you can see Anakin's other mechanical arm and fingers.

38
Symbolic meanings of everyone losing their hands?

155
Why did Darth Vader die in Return of the Jedi?
36
Was Vader's true identity a secret?
51
Why doesn't the lightsaber cut the guardrail in Episode 6?
6
Is Vader's armor lightsaber-proof?
3
Was Vader's suit prebuilt?
66
Why did the Jedi serve a corrupt Republic?
10
Can Darth Vader “feel” his prosthetics?