Has either Batman's or Superman's identity been accidentally revealed by someone in the comics?

In the recent animated movie Batman: The Long Halloween Part 1, Selina Kyle accidentally calls Batman Bruce, and thereby revealing his identity to Alberto Falcone (this is obviously different from the comics). Indeed Alberto dies within the next few seconds but Batman's identity was for a moment revealed by Selina's stupidity.

The second instance is from Justice League (both Joss Whedon's and Synder's versions). When Superman is resurrected using the Mother box, he attacks the Justice League and Lois arrives on time to stop him:

[Clark leans into the hug, then takes off with Lois in his arms.]
Justice League : The Snyder cut (2021)

[Before Superman can crush Batman's chin, Alfred arrive with "the big guns": Lois Lane. She steps out of the limousine and speaks to Superman]

Although in this instance, we do not know if someone actually made the Clark Kent - Superman connection.

I don't remember seeing anything like this in the comics but, have there been such instances when Batman and/or Superman's identities have been mistakenly revealed?

Huntress calls Batman Bruce in Injustice: Gods Among Us Vol. 1 Issue 25 when surrounded by other members of the Insurgency without knowing that others around the table don't know this. 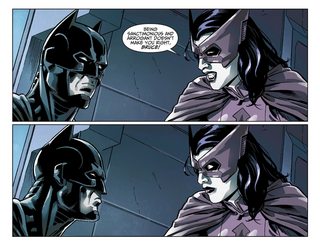 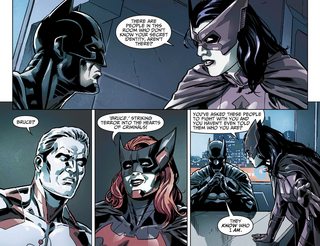 Only a few panels later this forced Bruce's hand to take off his cowl and reveal to everyone at the table who he is. 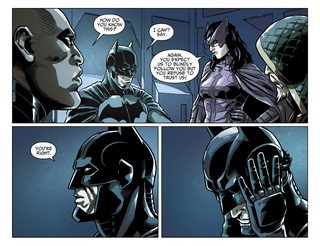 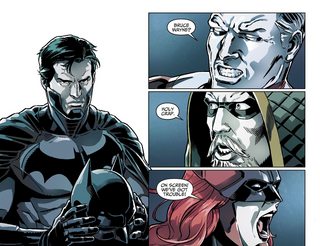 Whilst Huntress does so accidentally her doing so didn't directly cause others to find out about his secret identity but leads to a short chain of events where it is revealed.

Batman OR Superman? How about Batman AND Superman blundering into a secret identity revelation!

Superman #76 (1952) has the never-revealed tale of how Superman and Batman became the world's finest team. The following two pages explain how the two inadvertent roommates completely stumble on to each other's staggering secrets: 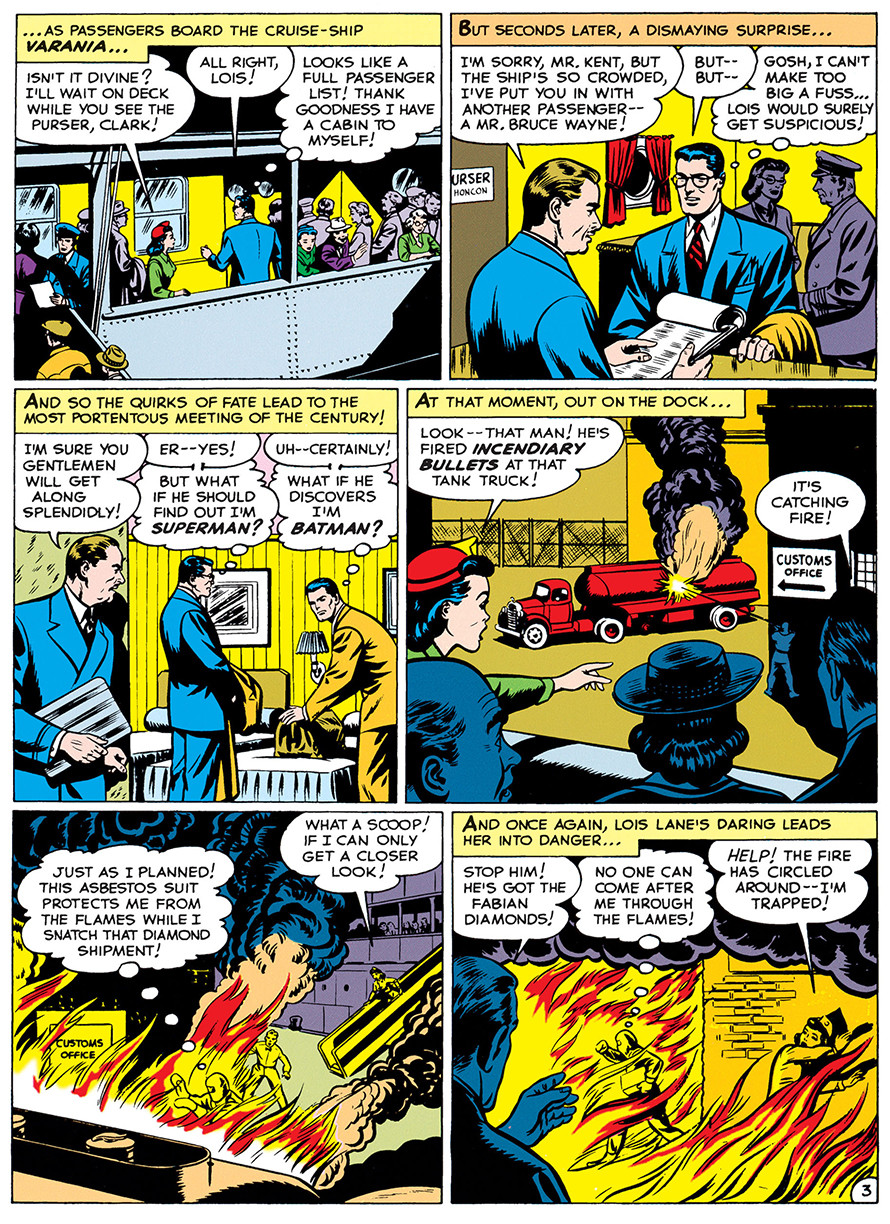 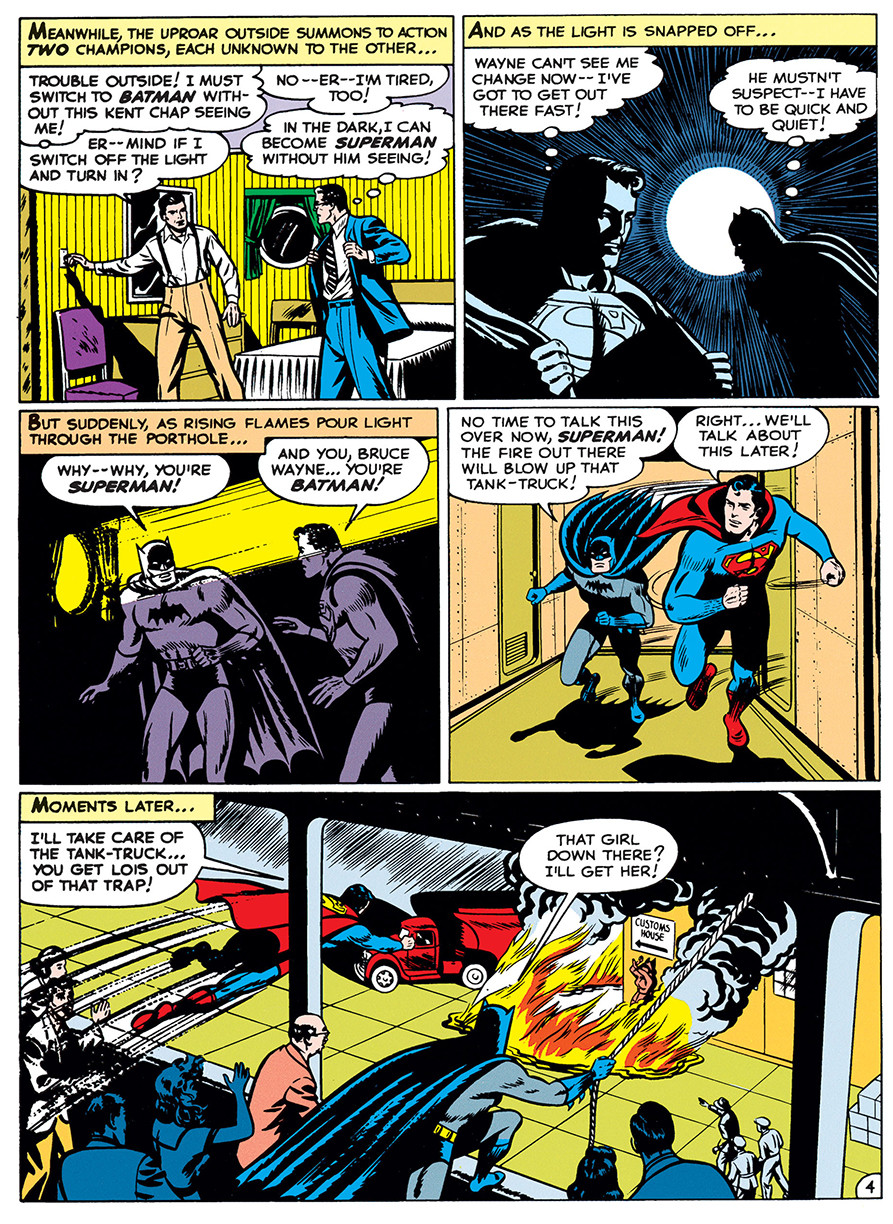 The hardest suspension of disbelief is just why millionaire Bruce Wayne is having such an economy-class vacation where the boat can just force a roomie on him.

Way back in Adventure 290 (11-61) Ma Kent lets it slip when a juvenile delinquent named Tom Tanner is impersonating Clark for reasons of his own. Superboy let the impersonation go because his robots were down and he expected to be home first. 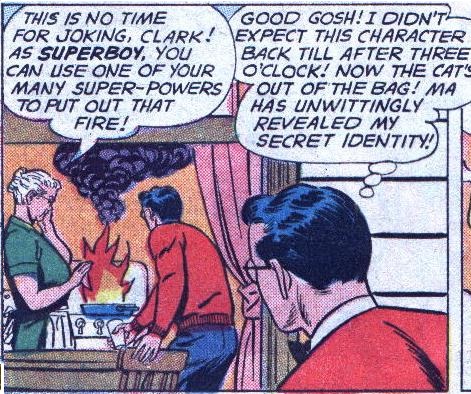 In Superboy Vol 4 #61, Superman's secret identity was revealed to the post-Crisis Superboy, Kon-El/Connor Kent, when the Jonathan Kent of an alternate reality addressed the Superboy of that world as "Clark" right in front of him.

Since Kon-El looked physically identical to the Superboy of his world (aside from having a different haircut), Jonathan mistakenly assumed he was another version of Clark, and thought it was safe to speak freely in front of him.

However, Kon-El was actually a clone, and didn't yet know that the versions of Clark and Superman he was acquainted with in his own reality were one and the same. In fact, he didn't even know that Superman had a secret identity back then (he didn't have one himself at the time). 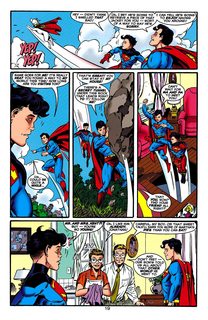 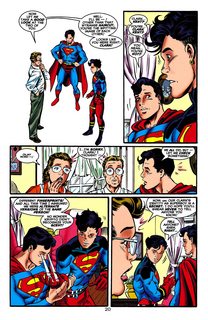 29
When was Superman's backstory and the fate of his parents revealed?
9
Superman's Morality: Has the idea that his morals are in a sense also super been discussed?
9
Why did Superman's body not decompose?
6
Has anyone been suspected as being Superman's alter-ego, other than Clark Kent?
1
Who is Bruce Wayne's/Batman's heir in the comics?
6
Has Batman ever unintentionally/accidentally killed someone?
8
Has Superman ever willingly revealed his identity to Lex Luthor?
4
Has Superman ever revealed his weakness to magic to the public?