Involving an earth man on a planet circling Rigel, where the green-skinned natives (called “Klahari” or “K’ahari” as I recall) are attacking and wiping out the colonizing earthers. Although Rigel is so far away from the planet it appears only as a very bright star, earthers must wear special contact lenses to help them reduce the star’s glare and save their eyesight.

I believe I read this in an anthology when I was a middle schooler in the 60s.

The green skinned K’ahari attacking Terran colonists is in the story Jean Dupres by Gordon R. Dickson. I read it in the anthology Nova 1 edited by Harry Harrison. 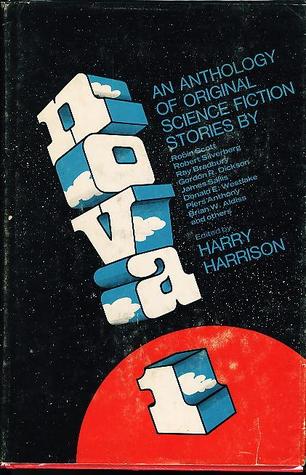 For there were two of the K’ahari young men standing just inside the edge of the small clearing about twenty feet off. They must have been there before I stepped through the last ferns myself, because my scanner would have picked them up if they had been moving. They were seniors, full seven feet tall, with their skins so green that they would have been invisible against the jungle background if it hadn’t been for the jewels and weapons and tall feather headdresses.

It is set on the planet Utword, though this does not orbit Rigel but rather the star Alpha Eridani. However it does mention the lenses needed for protection from the light:

We came out on to a plowed field and saw a planter’s home and buildings about six hundred yards off, looking small and humped and black under the bright white dazzle of the pinhole in the sky that was Achernar, old Alpha Eridani. The contact lenses on my eyes had darkened up immediately, and I looked at the boy, for he was too young to wear contacts safely—but he had already pulled a pair of goggles down off his sun-cap to cover his eyes.

(thanks to Eike Pierstorff for spotting this)

A footnote: I also found the story in the anthology The Seven Deadly Sins and Cardinal Virtues of Science Fiction edited by Isaac Asimov, but in that printing the aliens are referred to as the Klahari instead of K’ahari. I don't know why this was changed.

11
Short story (50s? 60s?) with a man trapped inside a sentient cave
7
short story from the 50s or 60s about a game or duel with colored spheres
9
Story from 50s or 60s: immaterial/rag creature kills man
8
Body swap (stealing) short story from the 60s (assumed)
9
50s/60s short story in which a tourist on Mars becomes dinner
16
Mid 60s short story/novella in which failed fusion reactor destroys London
8
Story Taking Place on A Paradise Planet Short Story or Lite Novella
17
A 50s - 60s short story with future children & an ancient shaman
16
50s-60s short story, Astronauts being attacked on an alien planet by an invisible alien