What old sci-fi film is the source of this Hotels.com ad clip featuring a fire-breathing monster?

Youtube keeps giving me ads for Hotels.com, which feature a few seconds of what looks like it must be a scene from an old sci-fi film:

There's a giant seal-like monster, on top of a pile of rocks, breathing fire and roaring. It's extremely distinctive and kind of intriguing, even though it's so crappily made, like something from 1970s Doctor Who, before the special effects era.

What film or TV show does this come from? (If any. But surely Hotels.com wouldn't bother to make something like this just for an ad, rather than getting whatever necessary permission to use some old film footage.)

I couldn't find a link to an actual Youtube video of the exact ad I'm getting, but I did find a Danish version which features the same clip.

I believe this clip is from the Warner Bros production of Tarzan, which ran from 1966 to 1968.

The episode in question was Track of the Dinosaur, and I believe it first aired on 6th Jan 1967.

Tarzan and Jai visit the Katonga people, finding them in fear of a strange creature in the hills. Tarzan finds an old foe Curt and his wife Diana also among the tribe, he seeks to find out the truth about the fire breathing "monster."

Thanks to Clara Diaz Sanchez for this screenshot showing the 'monster' taken directly from the episode: 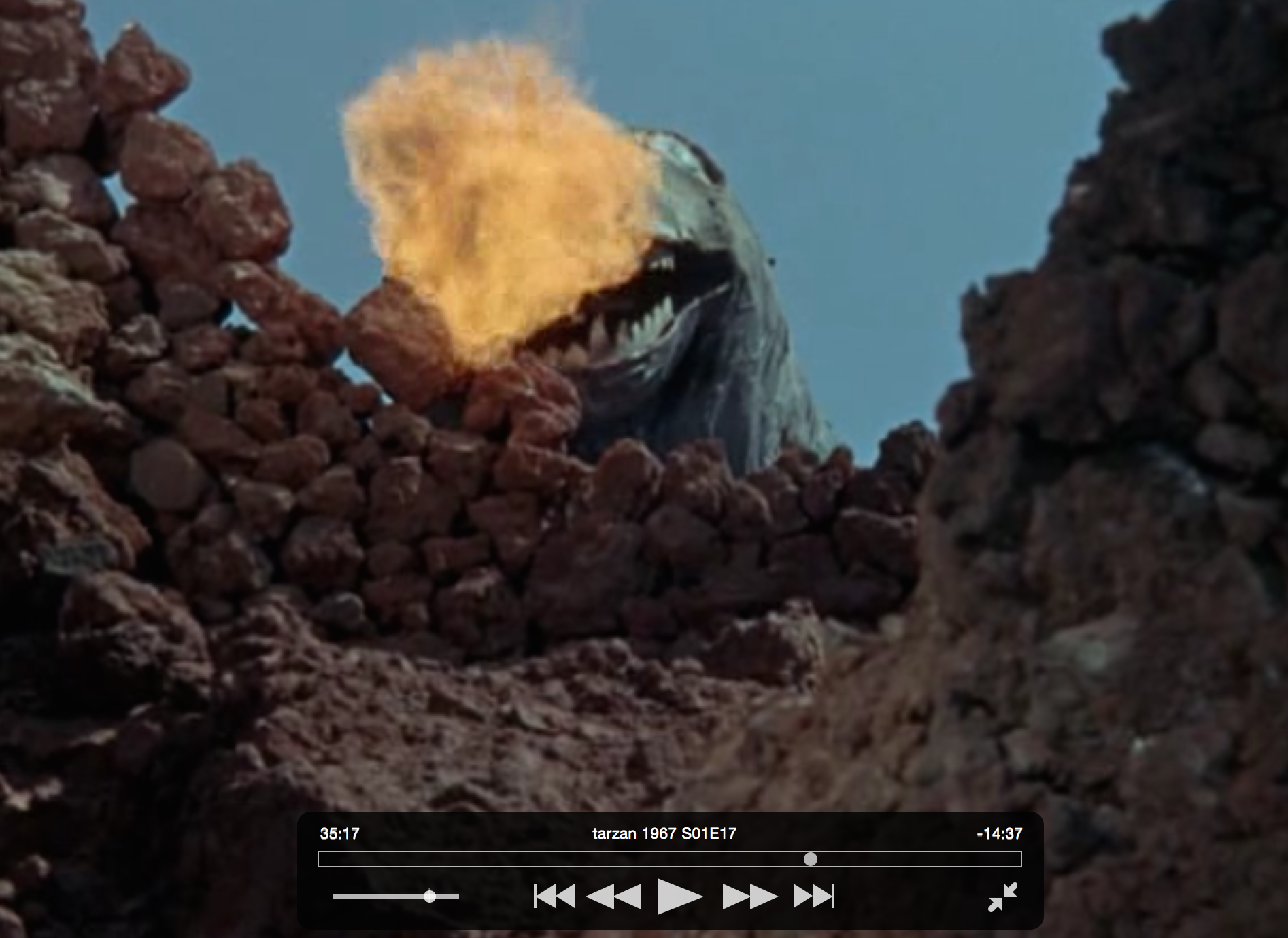 Thanks again to Clara Diaz Sanchez, we can all watch the actual scene in question.

This looks like the same clip of the monster itself, but with a more 'full' foreground than we can see in OPs clip.

I have included a couple of screenshots from this episode I found on scificfanhorrormedia.blogspot, which clearly show the same 'monster' in different parts of the episode.

This looks like it was taken from the same scene as OPs clip, or maybe just after: 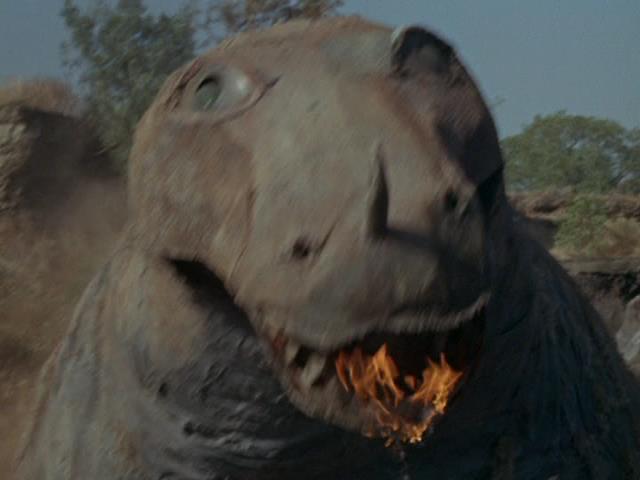 Another view of the 'monster' from an earlier scene: 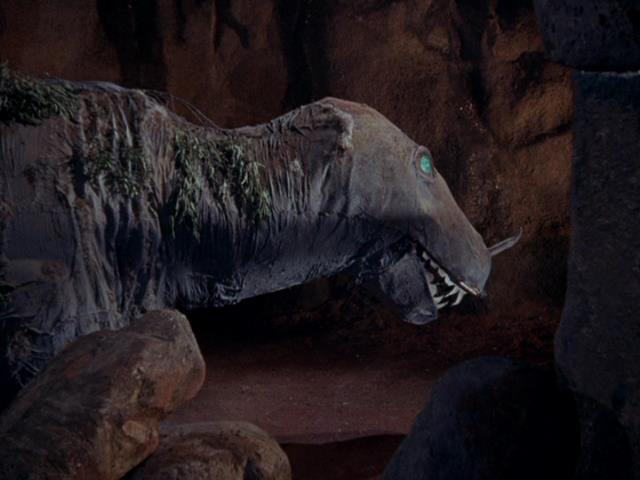 A view of the 'monster' and Tarzan in the same scene: The date and copyright ownership matches up with the clip found by TheLethalCarrot.

This all leads me to believe that this clip was definitely filmed for the episode in question, but it was either a test clip for effects or was cut from the final release.

Not the answer you're looking for? Browse other questions tagged story-identification movie advertisements or ask your own question.

20
What old sci-fi film is the source of this Hotels.com ad clip featuring a spaceship blowing up Earth?

10
What film or TV episode had breathing bags in it?
8
What is this film about ninjas and video games?
26
Can you name this sci fi film that is similar to The Matrix?
11
What 70s film has astronauts entering an old alien building?
4
80s era Sci-Fi/Horror film featuring several unrelated stories (not Creepshow)
23
What was this black-and-white film set in the Arctic or Antarctic where the monster/alien gets fried in the end?
20
What old sci-fi film is the source of this Hotels.com ad clip featuring a spaceship blowing up Earth?