Could this be why Lesley did it?

We only find that Lesley May has gone over to the "dark side" at the end of Broken Homes, when she assaults Peter Grant as he's trying to apprehend the supervillain, the Faceless Man, allowing the latter to escape. It was quite a fall.

The ostensible reason was that Lesley thought that the Faceless Man could magically restore her face, which had been horribly mutilated after the spell allowing Mr. Punch to possess her collapsed at the end of Midnight Riot*.

But is it as simple as that?

So I guess the question sums up to:

Was Peter's rejection the primary cause of Lesley's betrayal? Was Peter her first choice, and did she think that by restoring her face, that he wouldn't reject her any more?

* I will use the American title to distinguish the first book from the entire series, and also because that was the title I read it under.

I would tend to lean strongly on the no side of this one. While there is clearly some attraction between the pair, and Lesley continues to show a need to protect Peter even after openly switching sides, the story seen on page doesn't tend to support this conclusion.

There are multiple instances throughout the books where Lesley encourages Peter's interest in Beverly, often berating him for doing nothing about it. While these could be seen attempt to test Peter by "pretending" to push him away, it seems more likely that these efforts are sincere and Lesley's protectiveness stems from their passage through training together where she continually needed to watch over Peter as he is too easily distracted to be "a proper copper".

The most convincing evidence however is the flashback scene at the start of Issue 2 of Night Witch which shows Lesley's irritation with Peter and Nightingale's inability to fix, or even seriously consider the possibility of fixing her face with Magic. 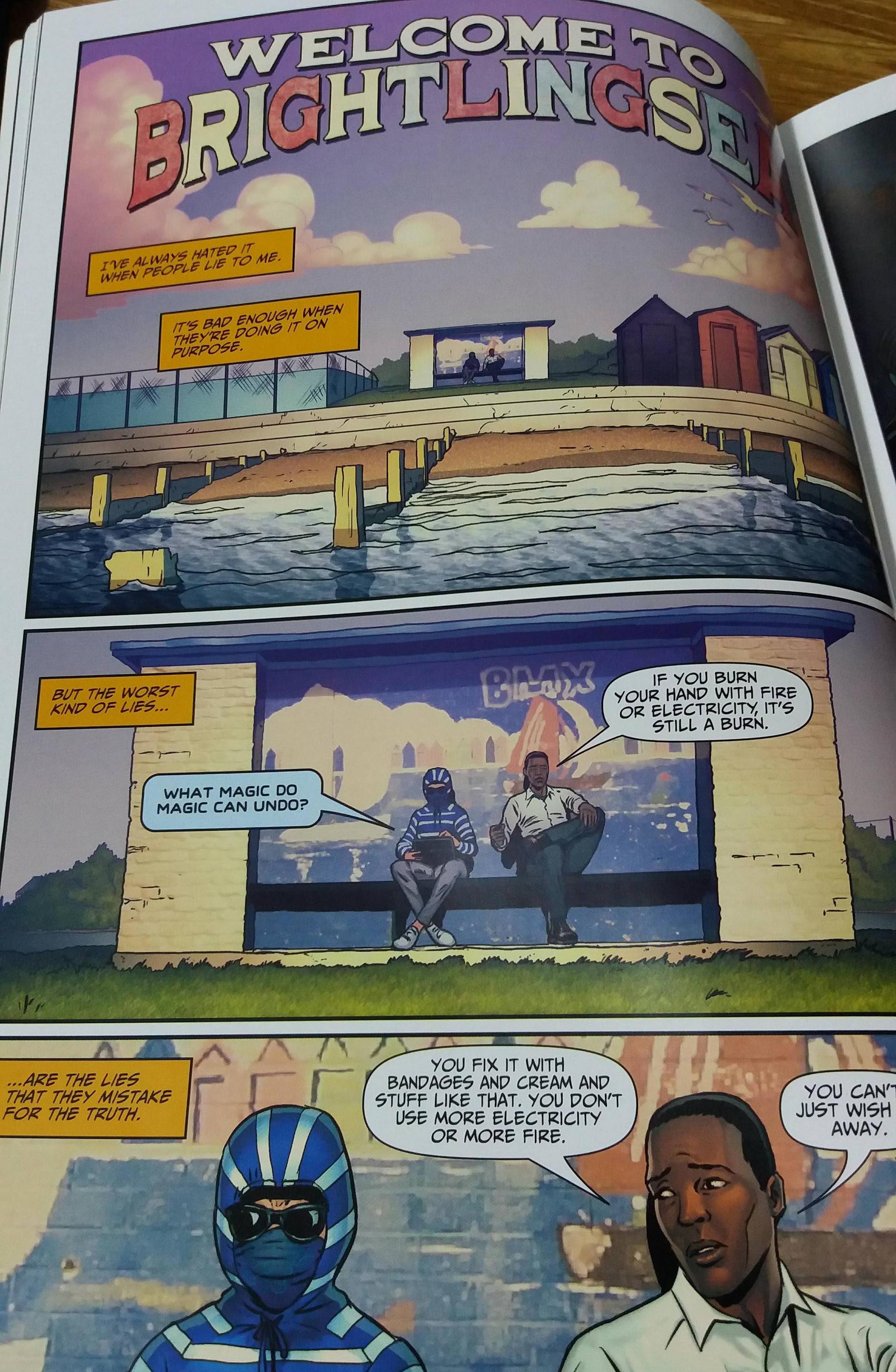 Not the answer you're looking for? Browse other questions tagged rivers-of-london or ask your own question.

4
What did the fox's message mean in Whispers Under Ground?