What other newer Pokémon could be answers to the infamous Jigglypuff exam question?

In EP056 - Pokémon Certification Test in the original Pokémon anime series, there's an infamous scene where the main characters are asked a trick question.

In the scene, the characters are taking a Pokémon test where they are challenged to recognize Pokémon by identifying silhouettes:

One of those silhouettes is of a ball. The characters come up with some reasonable guesses - a Voltorb, Pokéball, or Electrode - but it is revealed to be a Jigglypuff seen from above:

When this episode came out, there were only the original generation of Pokémon. Since then, many more have been released.

If the question was asked with every Pokémon in existence today, would there be any additional valid guesses to this question? That is to say, does there exist any other Pokémon whose silhouette could be a perfect circle from at least one angle?

Since there seem to be several, and the question is more or less asking for a (limited) list, let's make one! And let's make it a CW-answer to have everyone contribute.

If you find another one, make it a separate answer to get voted on, then add it to this list.

The answer given in the episode, Jigglypuff as seen from above. 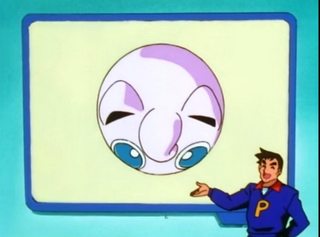 One of the suggested answers in the episode. 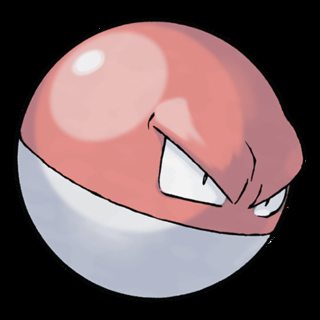 Foongus would be a trick answer like the one in the episode, since it only works when seen from above. 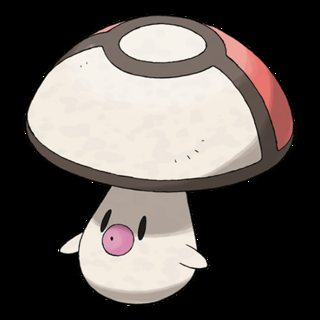 A Ditto is capable of transforming into any other Pokémon, so into any round one as well. 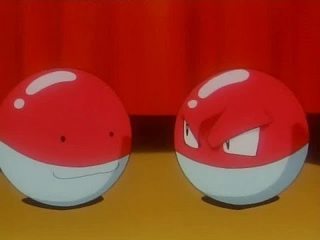 A Diglett looks as if it could be quite round when seen from above, although it does have a nose that may poke out. 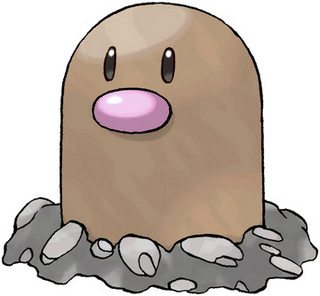 A Ghastly is spherical as well, if we disregard its aura. 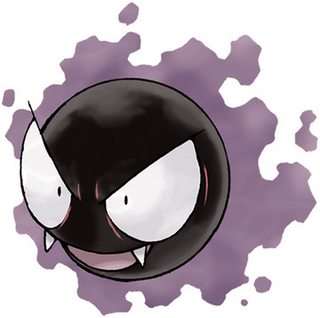 Sandaconda, when viewed head-on, would give a spherical silhouette. 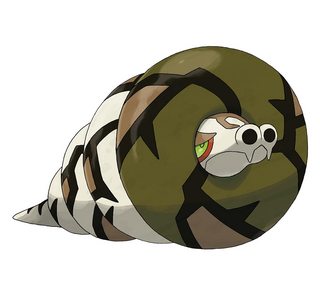 Drifloon, a balloon-ghost pokemon that likes to carry children away, is also a round shape, and when you remove the strings (or view from above like Jigglypuff) it could certainly match the image from the show. 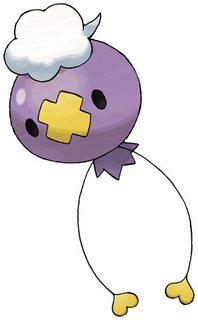 In the anime, a Sandshrew appears to be able to roll up into a uniform sphere, and might work as another trick answer. 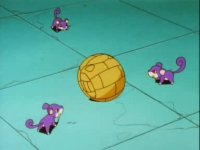 Rowlet is a Pokemon with a quite round body, especially if seen from above. This would be another trick answer though. 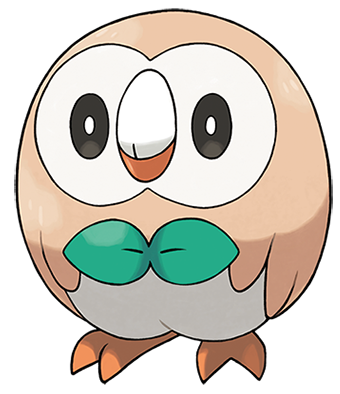 Here is a demonstration of the described angle 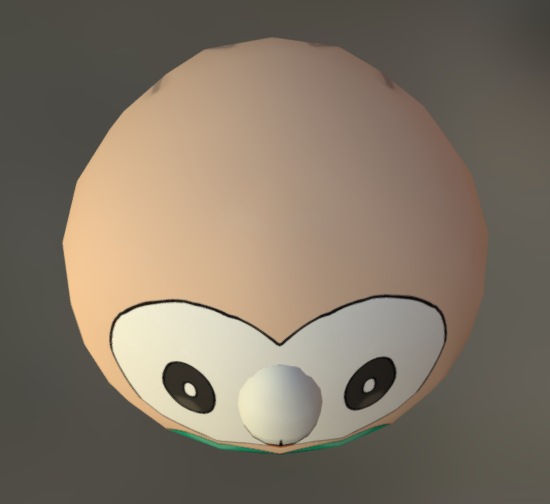 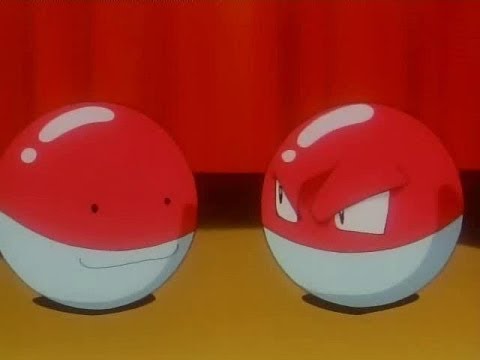 Foongus is one such Pokémon. Foongus would even work as another trick answer similar to Jigglypuff, as it would also need to be seen from above: 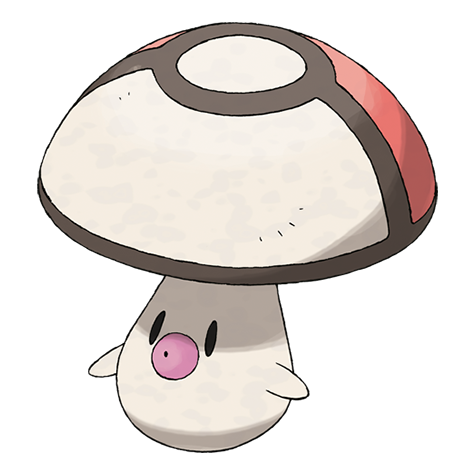 How about an egg, also seen from above? Does that count? 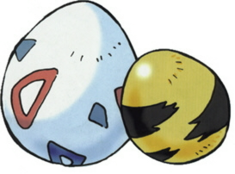 In the anime, a Sandshrew appears to be able to roll up into a uniform sphere: https://www.serebii.net/anime/characters/aj.shtml

Also mentioned in the episode is Electrode: 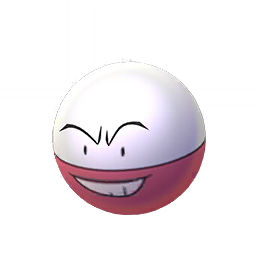 From above, if it tucks its tale in.

Again, if it tucks in.

I think the skirt can be tucked in so it looks circular from above.

Again, I think the hands can be tucked in and it will be circular from above.

From above. It's the evolved form of Drifloon which was mentioned in another answer, but, well, they are different Pokémon and Drifblim wasn't explicitly mentioned yet, so...

From above, of course.

The clouds in the picture are NOT a part of the Pokémon, so - from above.

Another evolved form that wasn't mentioned before. Just needs to tuck its hands in before viewing from above.

While I'm not quite certain about it's previous evolution (Elgyem), Beehyem can DEFINITELY look round when viewed from above.

Is a silhouette a shadow and does a flame affect it then? I think not, so - round from above!

And there were a bunch of others that I wasn't really sure about. To be honest, I wouldn't have included Jigglypuff myself because I think its hands or ears would distort the circle from any angle. It was for this exact reason I omitted a whole bunch of others like Igglybuff, Kabuto, Togepi, Sunkern, Swinub and others. 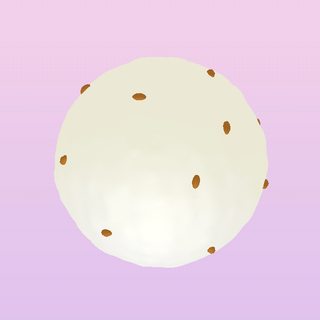 Eldegoss from behind would work. Unless you are super strict that it must be above.

If viewed head-on, Sandaconda would certainly appear round like the silhouette in the show! 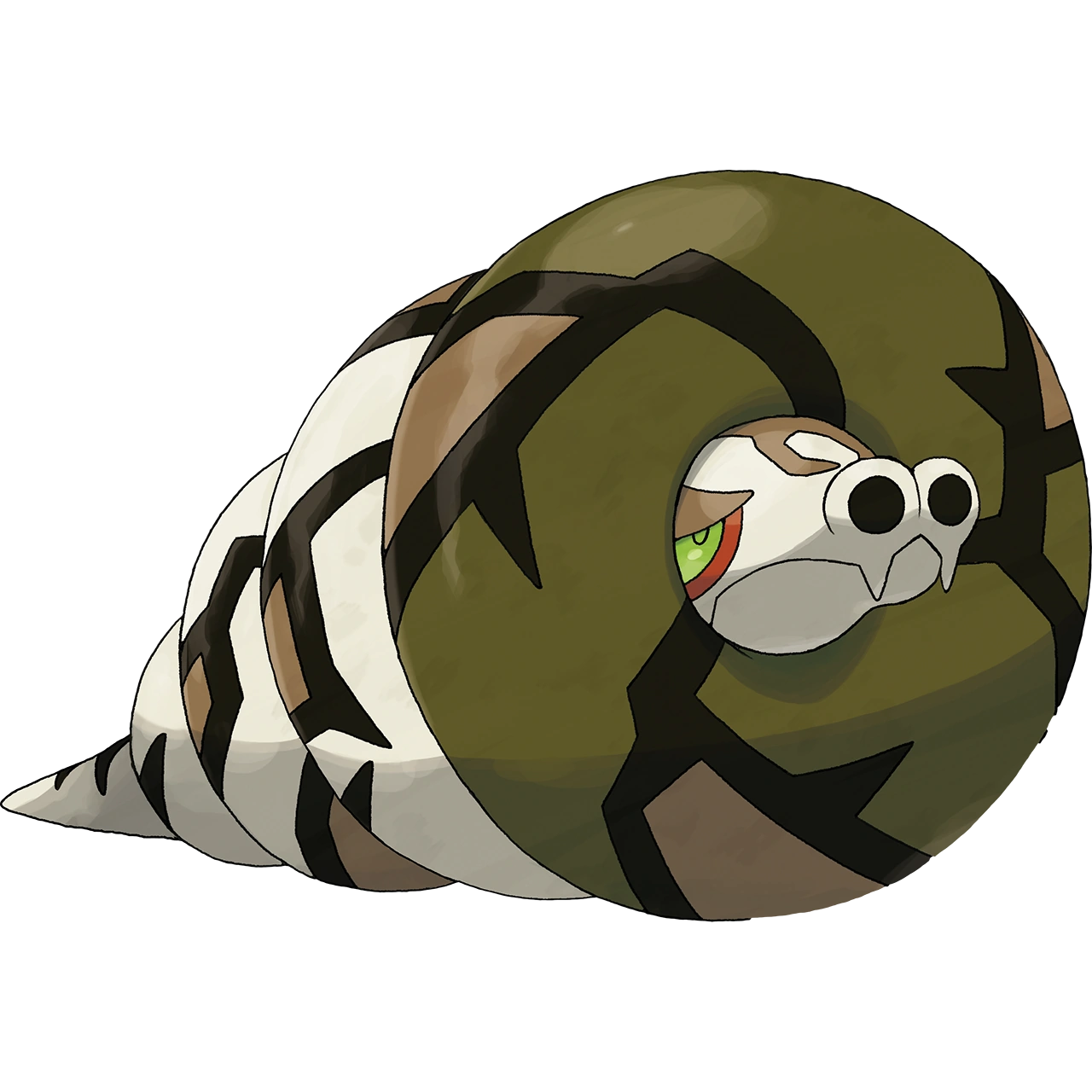 A Diglett would also look round when viewed from above, and is already featured in the Generation 1 video games. The body of a Ghastly might look like a circle too, if you ignore its dark aura.

12
Why do Staryu and a few other Pokémon not say their names when all the others do?
3
What do Team Rocket do with the Pokémon they caught and use to attack Ash and his friends?