Did Roddenberry think eugenics was already going on (as evidenced by Khan's age)?

In the episode Space Seed in the original series, Khan is awakened from suspended animation, where he's been since the early 1990s. He is said/implied a product of eugenics, and his crew escapees from the eugenist side of the Eugenics War. He looks like he's got to be at least mid 30s, but possibly older since you'd assume a superman would age more slowly than most humans.

By my reckoning, this means Khan can't have been born any later than the 1960s. Which would mean the eugenists were already at work producing a super race at the time this episode was written. Did Roddenberry ever indicate he already thought organized eugenics were going on? 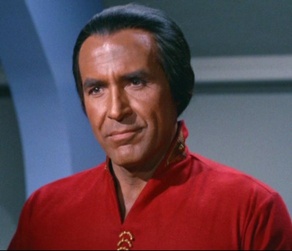 Organized eugenics was alive and well in the United States and elsewhere long before the 1960's, and the writers of "Space Seed" (Gene L. Coon and Carey Wilber) were probably reacting to that reality. Forced sterilization of criminals and retarded persons was the law of the land in many U.S. states, and was still going on at the time Star Trek was first broadcast. Immigration quotas and anti-miscegenation laws were another example of the nation trying to keep "breeding stocks" pure. Taking the next step and tweaking gene expression to produce supermen isn't much of a stretch given the across-the-board strivings of 20th Century western cultures toward perfectibility through selective breeding, even leaving aside the glaring example of the Nazis.

Also, gene expression can be altered anytime during the life of an organism; cells are being replaced constantly. So Khan could have been born a normal human who was altered in adulthood as part of a genetics program.

Most likely the story was written well before the casting, and a younger man may have been intended. Also, this was a more optimistic era in terms of scientific advancement (the episode also posits cryogenic suspension and interplanetary vessels by the 1990s).

Not the answer you're looking for? Browse other questions tagged star-trek star-trek-tos eugenics or ask your own question.

50
Was There Ever an Official or Canon Retcon or Explanation For the Eugenics Wars?
54
When Did Vulcans Change from No Emotions to Buried Emotions?
8
Did Roddenberry ever state that Star Trek was in any way influenced by naval "Hero captain" novels?
38
Why was there a death penalty for going to Talos IV?
46
Did George Lucas ever meet Gene Roddenberry?
5
Why did V'Ger think that was its name?
34
Was Roddenberry really so far ahead of his time on race?
22
Did Gene Roddenberry find Noonien?
4
Did Gene Roddenberry actually hate that the test orbiter was named Enterprise?