How did Punisher kill Wolverine?

Of all the characters to kill off, Punisher, in a one-shot comic book called 'Punisher Kills the Marvel Universe', manages to finish off Wolverine.

The wiki article is vague; how does Punisher kill off Wolverine?

The Punisher blew up all of the other X-Men and most of the major X-Men villains in a giant nuclear explosion on the moon. He then attacked Wolverine whilst he was drunk from drowning his sorrows after losing most of his friends. During their fight he stabbed Wolverine in the throat with a knife and in the chest with Wolverine's own claws and threw him into an electrical generator. Wolverine's claws pierced the generator and Wolverine was electrocuted until he basically melted down to just his skeleton.

In some stories that wouldn't be enough to kill him. In some it is. This is obviously the latter.

He throws Wolverine into some sort of "Maximum Voltage" panel ... 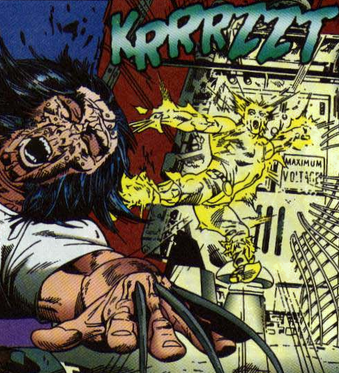 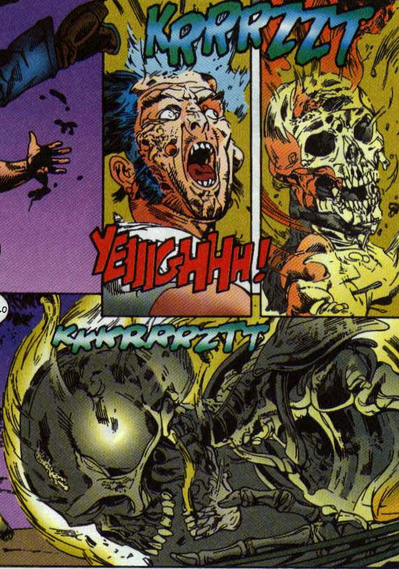 72
How to kill Wolverine?
9
How vulnerable is Wolverine to electricity?
4
What are Dark Claw's weaknesses?

33
Should the Adamantium bullets have worked on Wolverine?
12
When/How did Wolverine learn about his past?
28
Has Wolverine ever beaten The Hulk in a fight?
22
How many Marvel Earths (Universes) are there?
11
Which Earth-616 Marvel character has the highest kill count?
11
Can anyone heal as effectively as Wolverine?
4
Why did Venom fight Jack O'Lantern?
9
What is the first time Wolverine cuts someone with his claws in a real way?