I think the cover had the female protagonist, standing, facing towards the front, maybe slightly turned as if to look back.

All I really remember is that she makes friends with one of the aliens because she lives or lands on their planet, and I don't remember any significant plot points. I think that she is lonely, or the alien is lonely, and that's why they become friends, like it's sort of her becoming comfortable with her new life? I truly cannot remember if there was any evil alien conflict. I think the aliens were either color changing, telepathic/empathic, or had something funky going on with their eyes. I can't remember if the alien was sexless or male, but it was definitely not female. The book was also old at the time I read it (around 2010-2013), so the artwork might give some clues to its age.

The cover artwork could've been anywhere from the '70s to the late '90s, and was in color. It was a chapter book, but not very long (less than or equal to 200 pages).

It's a long shot, but maybe The Lost Star by H. M. Hoover. Lian Webster - who is roughly 15 - crashes her air car on a planet and is found by some local animals, the Lumpies, one of whom heals her by touch. The book is about her discovering the secret of the Lumpies.

This fits a book I read in the late '90s or early aughts called Alien Secrets by Annette Curtis Klause.

It's about a young girl who is traveling to an alien planet and befriends one of the aliens on her journey. I think they bonded over how they both felt like they were not living up to their families' expectations of them. There's more plot involving ghosts and racial tension (among the aliens), but I don't remember the specifics. I think the aliens were somehow color-changing, but I haven't been able to verify that yet.

You don't mention where you're from, but I got a copy of this book at some kind of school event (maybe a book fair?) in the US around 2000. 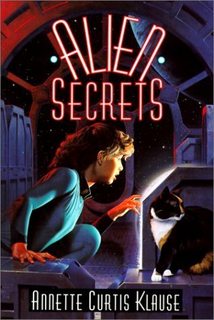 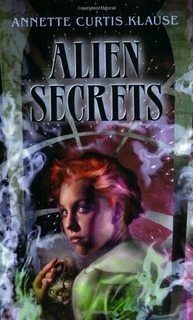 5
Boy who befriends an alien whose spaceship is disguised: a book about friendship
2
Book - Young girl trapped on alien planet, makes friends with a higher-up alien
9
Sci-fi manga about a boy with an alien girl classmate
9
Short story/novella: alien stranded on Earth befriends girl, gives her a device protecting from rape, accidentally goes to the past and dies in Italy