Cartoon series about a monster family that solves mysteries

Pretty sure all the main characters were monsters of some kind? There was an adult male and adult female monster along with a young boy monster.

I remember one episode where they look into realistic statues of people that you can hear crying, and when they break a piece off they find human hair. Turns out the statue maker was casting real people into statues.

This could be "Humanoid Monster Bem" (Yōkai Ningen Bemu), an anime first aired in 1968.

The main characters are three mysterious creatures, named Bem, Bera and Bero, respectively looking as a dark-skinned tall man with a black coat and hat and a white cane, a pale woman wearing a purple dress and a green/red cape, and a kid dressed in red.
In this form they appear mostly human (despite having only three-fingered hands) and interact with other people, but they can switch to a more monstrous form.

Here are the characters in their humanoid and monstrous forms (these images are from the 2007 remake series, but the design is quite the same as in the original one): 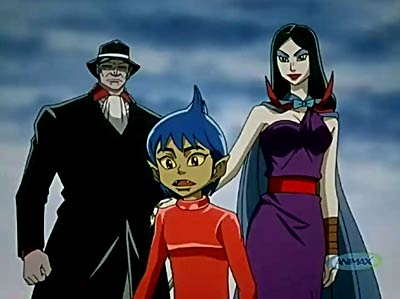 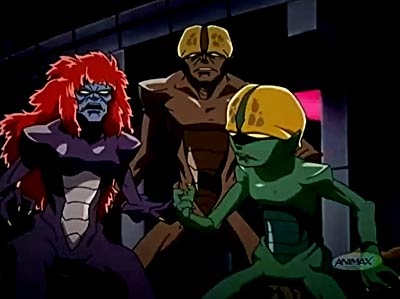 Their origins are only hinted at. An introduction repeated at the beginning of each episode after the opening song states that "no one really knows when they were born; in a dark and silent place a cell multiplied, giving origin to three living beings, different from humans and from any other life form on Earth; behind their hideous appearance, they have a deep sense of justice".

Each episode tipically has them arriving in a new location and investigating the sinister events happening there, involving either supernatural monsters or cruel criminals.

The specific episode you remember should be episode #18 "The mysterious sculptor".
A mad artist creates his statues by capturing people and encasing them in bronze or plaster. After discovering the corpse inside one of these statues, Bero and the other monsters try to stop him. 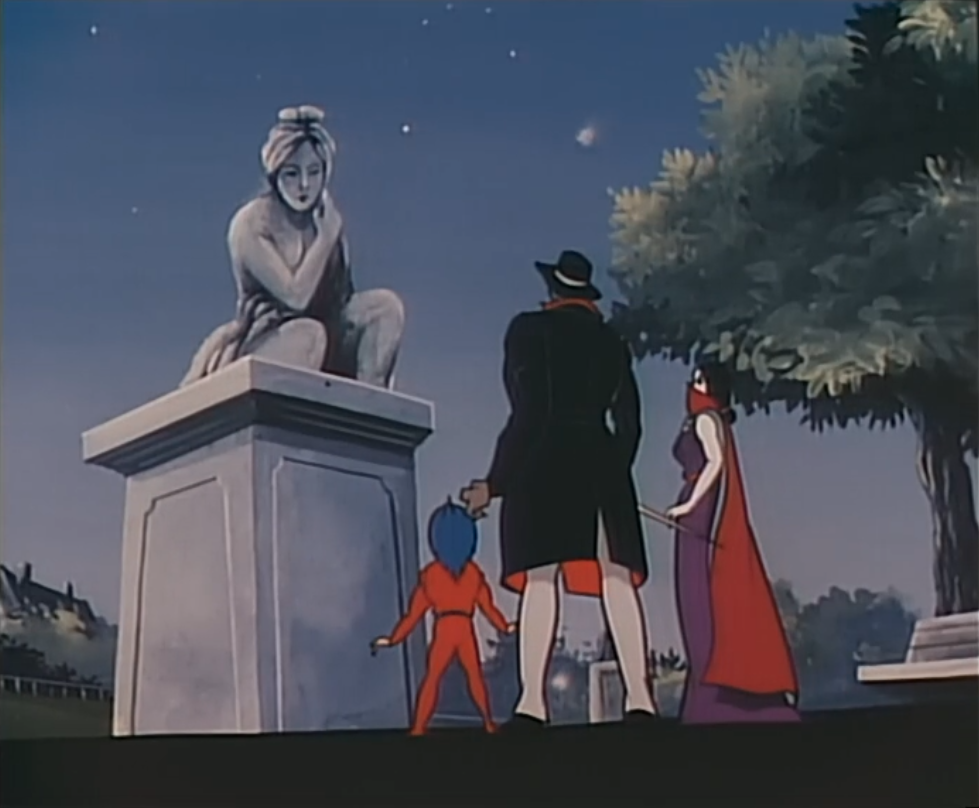 A clan of heroic night creatures pledge to protect modern New York City as they did in Scotland one thousand years earlier.

You can watch the trailer here:

It is also available to watch on Disney+. Presumably the episode you remember is one of the "City Of Stone" episodes from Season 2 Episodes 9 - 12. Episode synopses taken from Dinsey+:

I found this by Googling 90s cartoon monster family solves crimes which turned up this "Top 35 Most Nostalgic TV Cartoons Of My Childhood" page where Gargoyles is 21 in the list.

6
Looking for a title to a 80s sci fi film
14
Russian stop-motion animation about a love story between a female being made of light, and a male monster that looked something like a satyr
4
Sci-fi Movie - the spaceship was unique and broke apart in three separate ships
14
Fantasy film where dwarfs are turned to stone, and then used as bowling pins at a regal party
5
80s/90s Adventure Sci-fi Movie about Biological Lab
11
Pre-1995 movie where a group enter a portal in a cave to another world