What are these creatures in What If? Episode 4

In the episode 4 of Marvel's What If? Series there are certain creatures shown which are used by Doctor Strange to gain certain powers. What are these creatures? 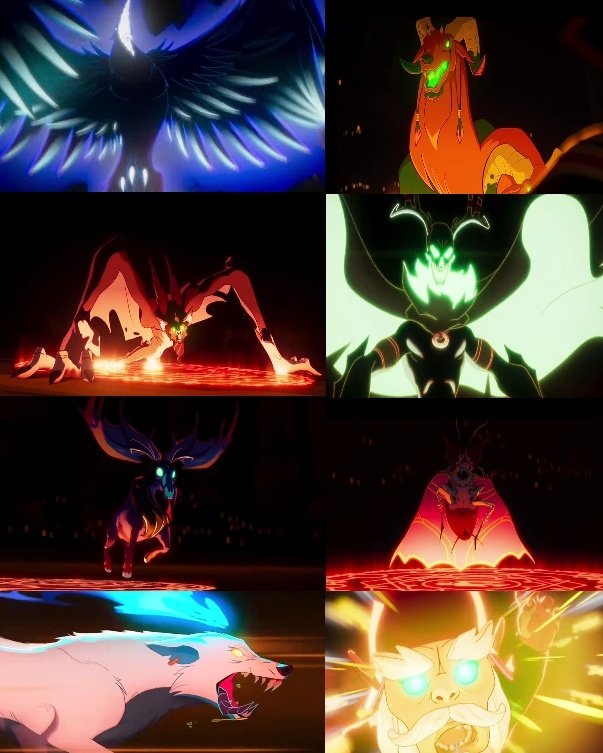 By my counting we see a total of 12 monsters and then we see 6 versions of Strange being transformed without seeing the monster that did it. I don't think we have any explicit confirmation on what the monsters are yet and I don't have an answer for them all but I'll do my best.

I'm not sure there is anything directly lining up to the more stereotypical gnome in Marvel. This could just be a pure joke, similar to Alligator Loki from Loki, but it could also be referencing the Gnomes; a species of magical beings native to Asgard.

This giant bug is wearing a version of the Cloak of Levitation so I've seen people guessing it's an alternate reality version of Doctor Strange, a Variant of. It does also seem to have vague similarities to Ghaszaszh Nyirh, one of the Old Ones who does have some crossover with Doctor Strange in the comics.

This looks like a raven/phoenix. The clear guess would be this is the Phoenix Force. However, I don't think the colours match and we've yet to see X-Men content in the MCU. There's also some resemblance to Red Raven but again this seems unlikely.

This looks like Jormungand, who was prophesised to be killed by Thor during Ragnarok.

I can't think of a two headed goat-like creature in Marvel. This could be a reference to Toothgnasher and Toothgrinder though; the goats that pulled Thor's chariot.

Again it doesn't seem to match up directly but this does look somewhat like Suma-Ket, the Lord of the Old Ones.

This one almost exactly matches Batragon so I'm pretty confident in saying it is meant to be him. However, I have seen theories that this could be James Santini aka Batwing but I find this unlikely.

I'm not sure this ties up to anything explicitly. The closest things I know of are Oranah and Ceryneian Hind but neither really have a close appearance nor a connection from the comics to the MCU.

This one looks like the Fire Dragon that we saw in the opening to Thor: Ragnarok on Muspelheim.

The only creature I know of that matches "ice wolf" would be Hoarfen, the child of Fenris Wolf and an unnamed Frost Giantess. It doesn't quite match but seems close.

It does look rather generic, albeit large, so I'm not sure we can easily pin this to a specific snake in the comics. It could be Set but there's only one so this seems unlikely. It could also be Fu-Hsi, King of the Vipers. I also quite like the idea that this is a meta joke to the joke in Thor: Ragnarok and it's a reference to the snake Loki transformed into even if that is unlikely:

Thor: Yes, me too. On many, many occasions. There was one time when we were children, he transformed himself into a snake, and he knows that I love snakes. So, I went to pick up the snake to admire it and he transformed back into himself and he was like, "Yeah, it's me!" And he stabbed me. We were eight at the time. 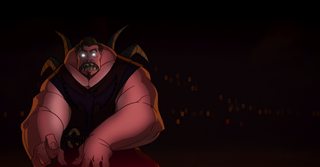 Not the answer you're looking for? Browse other questions tagged marvel marvel-cinematic-universe character-identification marvel-what-if-2021 or ask your own question.

2
What are Raina's superpowers?
10
What is the name of these creatures in Harry Potter and the Deathly Hallows?
5
What are the powers of "Staff of Living Tribunal"?
28
What are these creatures the Avengers are fighting in "Infinity War"?
3
What are the powers of Monica Rambeau?
2
Any indication of what time it is at the end of the first "What If…?" episode?
1
Have comic villains protected themselves from the kind of attack shown in What If..? episode 3?
2
Is the dragon consumed by Doctor Strange in "What If...?" S01E04 the same as the one seen in "Shang-Chi and the Legend of the Ten Rings"...?
11
Where is "What If...?" Gamora from?