Superman vs. The Cyclotronic Man; what was the story arc?

I once studied at a cyclotron laboratory (mid 1980's) and an already-old comic book circulated amongst the students with a cover showing "Superman vs. the Cyclotronic Man".

I think that the Cyclotronic man was vanquished at the end of the comic book via something that stops normal cyclotrons as well, but don't remember now what that is.

It was the final part of a three-part storyline, running through Black Lightning Vol 1. #3-5, but Superman only made a full appearance in this issue (he cameoed on the last page of the previous issue as well).

In this issue, both Black Lightning and Superman confront the supervillain known as the Cyclotronic Man (real name: Ned Creegan). 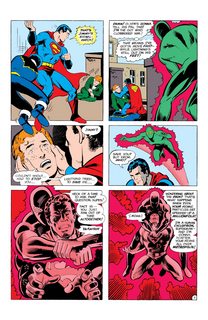 They ultimately defeat him by dunking him in a river, with Black Lightning noting that scientists use water to cool off a real cyclotron when one gets out of hand. This didn't kill Creegan, he was just knocked out. 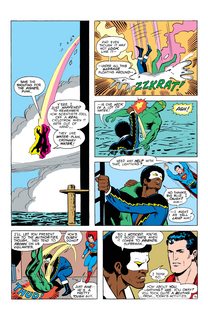 According to Creegan's list of appearances on the DC Fandom website, he appeared in five issues in total, as listed below in order of publication:

4
Where can I find a list of all the Superman comics' shield numbers?
2
1980s Superman comic where he fights a blonde mutant
3
Which was the Wonder Woman and Spider-Man crossover comic book?
13
How did DC Comics reboot Superman in 1986?
8
70s-80s DC comic in which a demon devours a man in a Superman costume
7
How did Superman get his electrical powers in Superman Blue?
6
Is there an early 90s DC series or tales about a race of aliens that could transform and give others powers accidentally?
10
Superman comic book with an alien villain who was frozen and dumped in deep space, rather than being executed
4
When is the "Superman/Doomsday: Hunter/Prey" mini-series set, in relation to the mainline Superman books?