Fantasy novel series; one of the books has a general with eagle-like features on the cover

I'm looking for a series of fantasy novels I read in the '90s. One of them had the following cover featuring a general with eagle-like features, who was one of the main characters.

Note that the image below is a tracing of the cover. 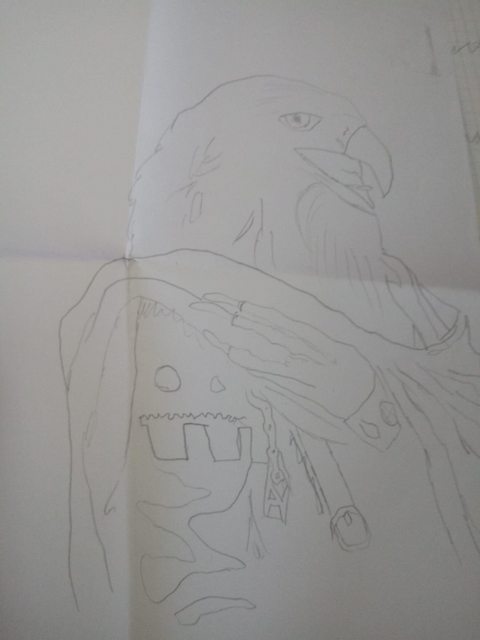 I think this is "El Devastador", book 3 of the series "El Reino de los Dragones" by "Richard A. Knaak". The cover image matches the tracing both in general pose and down to details such as the three-fingered hand with one slightly bent finger.

The original title of the book (which features different cover art) appears to be "Wolfhelm", from the (first) "Dragonrealm" series. 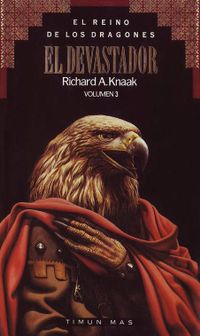 After having no success with many combinations of related terms in English (e.g. general/major/character/...; eagle/buzzard/hawk/falcon/...), I decided to broaden my search into other languages. Eventually, googling for

brought up a cover image of this book.

The closest I can come to that particular image is the 1995 Baen imprint of The Eagle & the Nightingales by Mercedes Lackey, as seen here: 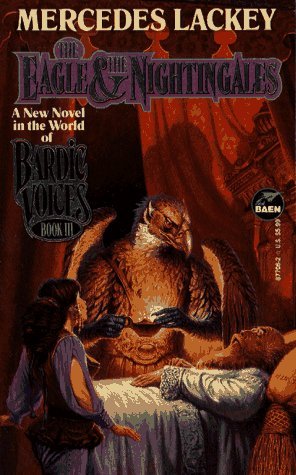 It's the 5th book in a series, but the bird seems to be lacking enough clothing for it to be the right pick, might be worth a look regardless.

10
Fantasy novel about coping with a plague
5
SciFi book from 80s or 70s with a cover having a giant golden eagle fighting a giant serpent
32
Book or series with 7 layers of worlds, where each layer's inhabitants are like gods to the layer below
9
Epic Fantasy Novel with Runes
13
Fantasy novel with cover image of a dragon rider wearing a gas mask
8
Fantasy novel with two young boys who find a portal and are given a quest. Wolf on the cover
9
Fantasy book series about persecuted people with elemental magic powers
15
Fantasy series - Character has epiphany on mountain