Movie about King Tut and an archaeologist

In this movie I watched, the protagonist and the antagonist were looking for some artifact, I think it was an emerald tablet with a hole in it. I think the antagonist intended to use this artifact to summon the devil. There is one scene where the antagonist has captured the protagonist and wants to mummify him while alive, but the latter is saved somehow. In another scene, the main characters are either in hell or the Egyptian version of the afterlife, King Tut flies on a set of wings to rescue the main character.

Any idea what the movie is?

It is The Curse of King Tut's Tomb

In ancient Egypt, Tutankhamun, the boy pharaoh who is said to have died young, was actually sent by the sun god Ra to protect the people from the demon Set, who escaped from the Underworld and caused chaos in Egypt. With Ra's blessing, Tutankhamun manages to overcome Set and keep the demon under control by breaking an emerald tablet into four pieces and sending the pieces to the far corners of the world. However, the tradeoff is that he must remain in the Underworld.

Emerald tablet with a hole in it: 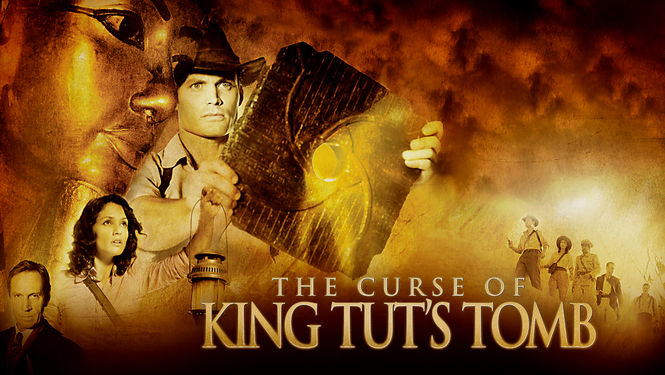 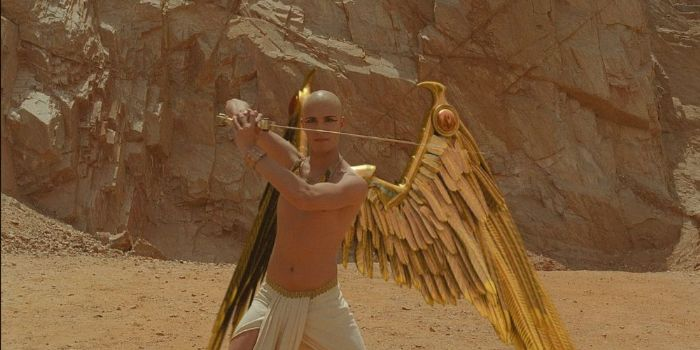 13
An animated movie about a dwarf or gnome that seems to be good but turns evil by killing the bad guy with a gun at the end
9
80's/90's movie: man and woman driving through a red desert planet
18
Movie where Earth is conquered and humanity are cavemen slaves
6
90's Sci-Fi Horror action movie with antagonist in suit with umbilical cord
8
An animated film where the enemy's minions fuse with their weapons
4
Searching for a manga, djinn/jinn who creates a "black hole" or "black sphere"
7
Anime movie with mind control headsets
1
Movie about scientist controlling the minds of townsfolk