What’s the earliest work of science fiction to start out of order?

Thinking about how Star Wars saga starts at Episode IV, that is a very smart way of making room for yourself to create a set of prequels if it sells well and make it look like you had it all planned beforehand.

Clarification: referring to situations where the order is specified as a number indication on the title itself.

This sort of thing has been done for as long as there has been fiction. Some of the earliest surviving texts have out of order narrative.

It isn't necessarily the earliest, but a good example is the three Theban plays by Sophocles.

Oedipus The King itself has an out of sequence narrative. It starts with him already the king. It then provides descriptions of earlier events, the prophecies, the murder of the former king, and so on.

If you don't accept Oedipus, then how about the Iliad instead? It is definitely written as part 2 of a longer saga. It starts at a point late in the war, and ends before the end of the war.

Homer's other Trojan poem, The Odyssey, takes place after the war ends. Basically it's part 7 of the saga.

Other poems by other authors, now lost, tell other parts. Cypria by Stasinus, tells of the start of the war, but was written later.

Of course, none of them had numbers in the title.

Since OP has added the restriction that the title of the work must include a number indicating an episode, let me proffer this movie from 1987. 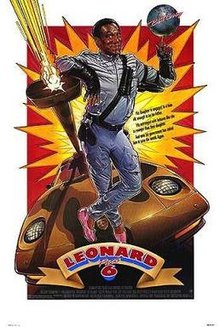 Not the answer you're looking for? Browse other questions tagged story-identification history-of or ask your own question.

51
What is the origin of all Star Wars movies?