Book where a mysterious alien body, resembling an Easter Island statue, is discovered

I remember reading a story about a mysterious body being found. When it was revived, it resembled an Easter Island statue.

However the being was an alien (if I remember rightly) that had been entombed for thousands of years. The protagonist realised that the alien had powers and managed to re-entomb (or kill) the alien.

The book cover had an Easter Island head on it. There may have been a sequel with a different plotline.

Possibly The Web of Easter Island (1948) by Donald Wandrei.

It was certainly already around in 1977 (and already old, though one's mileage may vary) and features an Easter Island statue on the cover. 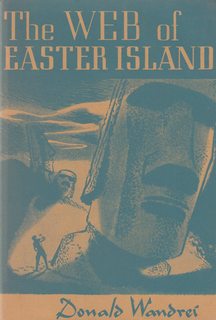 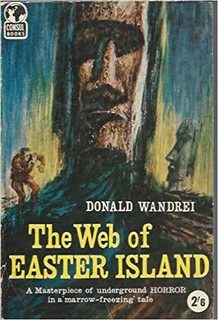 When Carter Graham uncovers a strange little image, unlike anything else on Earth, which responds to cosmic forces and laws beyond those known to science, he sets out to unravel that greatest of all mysteries - man and his relation to the universe.

This strange search leads him through terrifying experiences to the final and horrifying realization of the awful consequences of his probings.

More precisely, from the reviews below:

I liked the book, a beautiful mysterious start with the finding of the little green statue in the old graveyard of Isling. Bit by bit the reader discovers alongside with Museum director and archeologist Dr. Graham what this tiny but powerful statue's origin is, and what threat it means to the world. The final chapter was a bit of a disappointment.

Found with the Google query scifi book easter island statue alien site:goodreads.com/book, then switching to the Images results to search for an Easter Island statue cover.

The cover doesn't match, but since the plot matches I'll mention World of Ptavvs by Larry Niven.

The alien, Kzanol, is found in the sea and initially appears to be a silver statue because it is in a statis field. When the field is turned off Kzanol revives and turns out to be a member of a telepathic alien race called Slavers who once enslaved all intelligent races in the galaxy. The protagonist, Greenberg, manages to trap Kzanol in another stasis field.

This was Niven's first book and was published in 1966 so it would have been a decade old when you read it. The book had a variety of covers but none of them feature an Easter island head. The two covers that have a figure on the cover are: 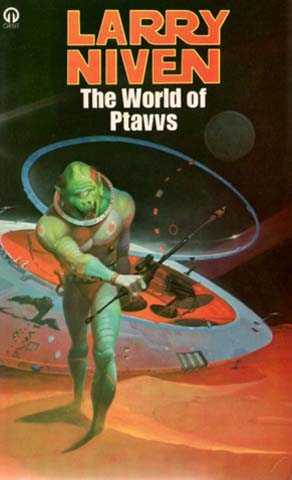 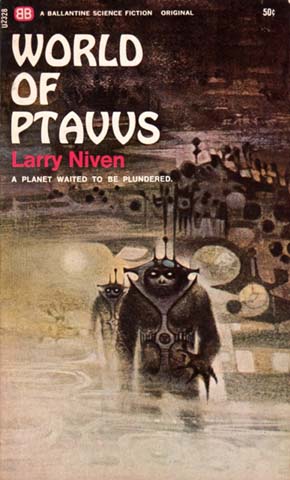 7
Book about post-apocalyptic survivors and slug-like alien invaders
19
Looking for an old story where humans conceal their newly-discovered psychic abilities from alien visitors
10
YA SciFi moon colony story
13
Sci-Fi book where spider-like alien lives on the hull of a ship and configures his web to forecast space weather or the future?
6
Book with an itinerant protagonist who is attacked by a floating head
5
1950s-1979 young adult novel about a boy traveling through world which turns out to be a spaceship
8
Book where a boy moves to a town where only young kids are superheroes
10
Fantasy book with a young male transported to another world; giants and strange sexual themes?