What is the earliest example of an explicit subtractive retcon in speculative fiction literature?

What is the earliest example of a speculative fiction text (comic books included), where previous work by an author was overwritten to advance the narrative needs of a future work by that author?

I am not looking for unintended inconsistencies (e.g., Rowling's contradictions arising from "being bad at math"). Nor am I looking for examples of in-universe unreliable narration which is later revealed to have been told 'from a certain point of view' (e.g., Holmes' "death" at Reichenbach Falls, The Doctor's lies, etc.).

I am looking for an earliest example of intended contradiction of a significant portion of a earlier speculative fiction text by a single author; my interests are in "subtractive" aspects of retconning.

Originally serialized between 1869 and 1870, the events of Twenty Thousand Leagues Under the Sea(s) occur beginning in the year 1866.

Its sequel The Mysterious Island begins in 1865 with the escape of five Northern POWs from the Confederates during the Seige of Richmond, and when Nemo appears again (which is now 1866) he is startled to be recognized by at once by Smith, one of the escapees:

“It is nevertheless many years since I have held any communication with the inhabited world; three long years have I passed in the depth of the sea, the only place where I have found liberty! Who then can have betrayed my secret?”

“A man who was bound to you by no tie, Captain Nemo, and who, consequently, cannot be accused of treachery.”

“The Frenchman who was cast on board my vessel by chance sixteen years since?”

The author wryly notes as omniscient and omnipotent narrator that:

The history of Captain Nemo has, in fact, been published under the title of “Twenty Thousand Leagues Under the Sea.” Here, therefore, will apply the observation already made as to the adventures of Ayrton with regard to the discrepancy of dates. Readers should therefore refer to the note already published on this point.

The reference to Ayrton refers to Tom Ayrton, a character in the novel In Search of the Castaways who the characters find marooned on Tabor Island, where he'd been left as punishment for his crimes, and had spent many years there alone. The problem is that the novel In Search of the Castaways begins in 1864, while in The Mysterious Island the events of that novel are said to have begun in 1854.

So, to summarize, The Mysterious Island changed the events of Twenty Thousand Leagues from 1866 to about 1850 and those of In Search of the Castaways from 1864 to 1854.

I once asked What is Dr. Strange's source of income? and got a very curious answer.

In Strange Tales #147, Strange is in need of money and tells his servant Wong to do what RPG players do when they find a merchant, selling magical items at market price. 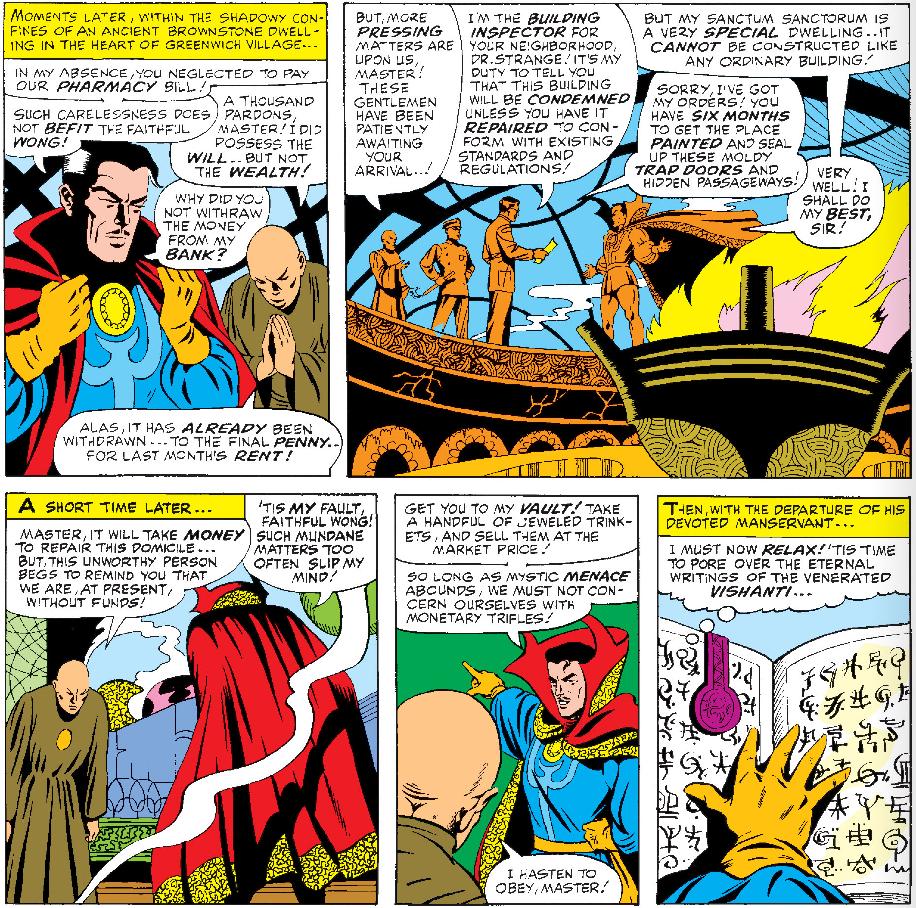 Strange Tales #147 came out in August, 1966. Then on December of the same year #151 came out. The story had not advanced very much if I remember well - might still be the same day or week in the story - but again Strange was low in cash. This time he just magicked it out, possibly commiting a couple crimes against economy in the process: 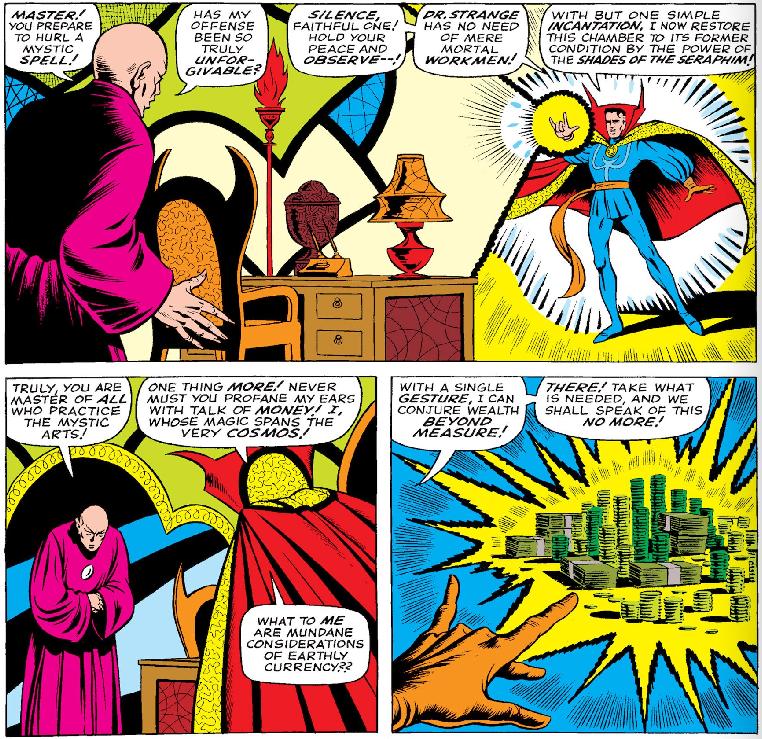 #147 was written by Stan Lee alone, but #151 was written by Lee alongside Bill Everett. The latter was probably responsible for the magical minting that Stephen Strange could easily have done from the beginning.

Just now I noticed that in #147 Strange was also ordered by the authorities to fix the Sanctum Sanctorum or else, and he agrees with Wong's idea to invest money in the repairs. Then in #151 he once again magicks it out. So double retcon there.

Not the answer you're looking for? Browse other questions tagged history-of retcon or ask your own question.

7
What is Dr. Strange's source of income?