80s-90s comic where Punisher's van gets blown up... twice

This happened probably sometime in the late eighties to mid-nineties, when Microchip was Frank's regular partner. Frank had his Battle Van, equipped with a lot of expensive technology. It got blown up several times, and cost a ton of money to replace.

I remember one comic where the van got blown up. Micro needs something like $100,000 to make a downpayment on a replacement.

In the next story the van gets blown up again. A furious Micro rants that they got less than 100 miles on the clock.

Which issues did this happen?

In issue #28, it's Frank (not Microchip) who talks about several vans getting trashed, about a million dollars a piece: 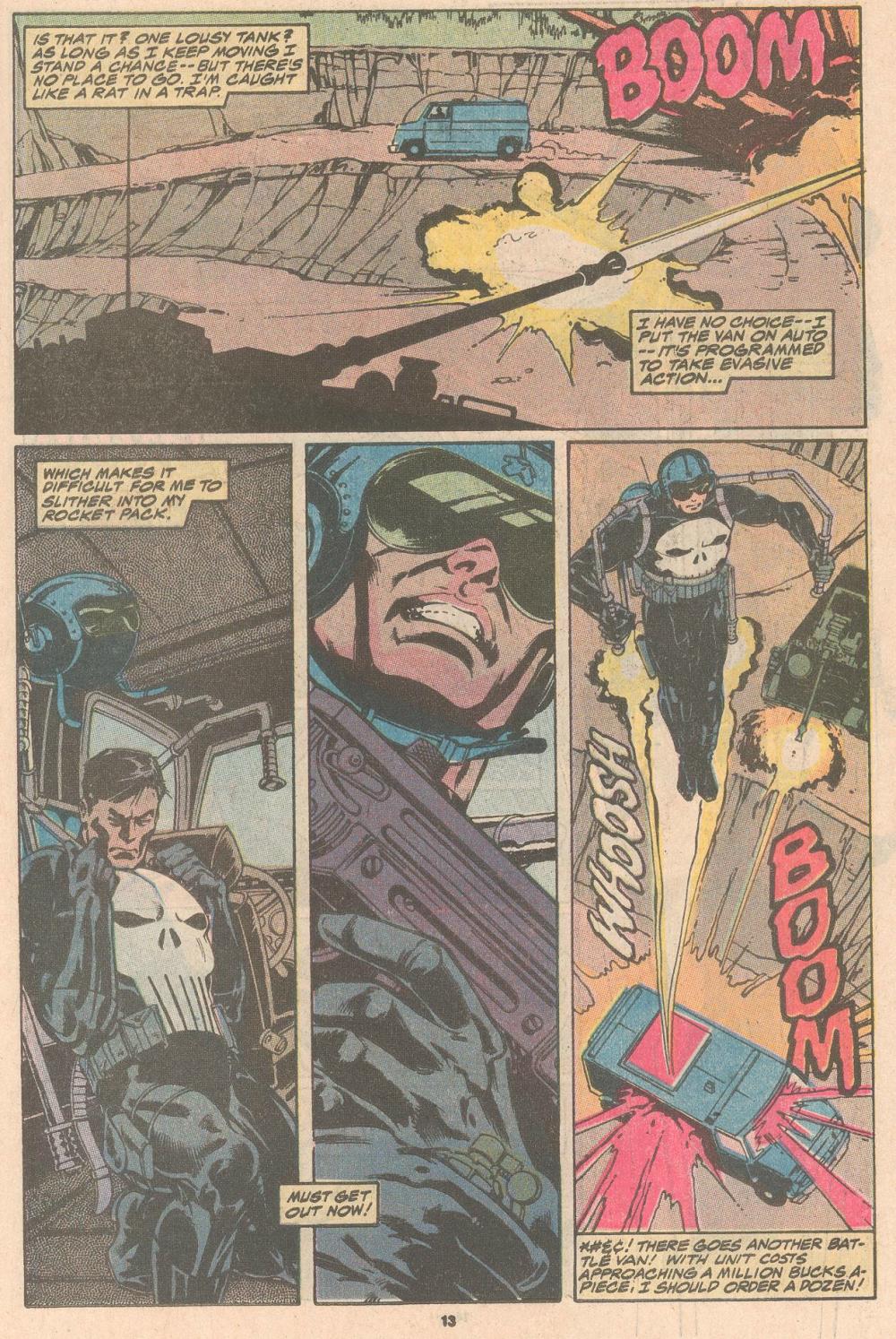 In issue #29, Doom messes up the electricals on the new van, and this time it is Microchip who complains about the cost, especially considering the current van's young age: 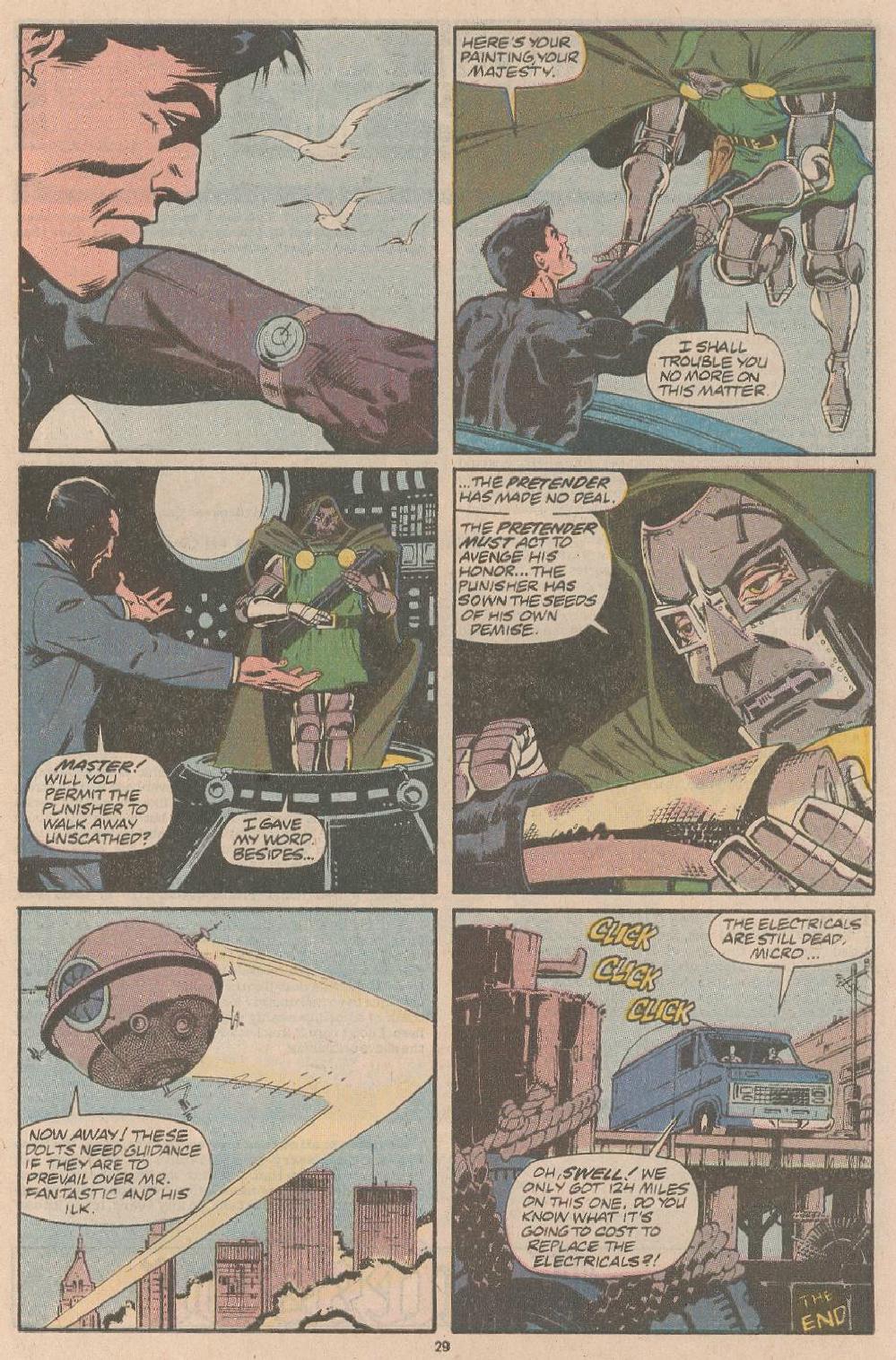 Found by browsing the Battle Van's page on the Marvel Wikia, looking at 90s issues where the van would appear in two or three issues in a row (since the question mentioned it being thrashed over one issue and the next).

Not the answer you're looking for? Browse other questions tagged marvel comics episode-identification the-punisher or ask your own question.

3
Possibly a 80s horror comic question
8
Iron Man comic where he goes back in time and is defeated
10
Was there a one-off Spider-Man public awareness / anti-drug comic given away with chocolate pudding in the early 90s?
6
Space Opera Comic 80s/90s
15
Which was the comic where a kid mistakenly called Deadpool Spider-Man?
9
In which Spider-Man comic does a kid gets shot while trying to save Spidey?
4
Which was this comic where Spider-Man brought cookies for the Avengers?
6
Searching for European Scifi Comic (80s-90s) about flight to new earth
7
Batman and Joker comic where they are compared to tarot cards and Batman gets stuck under a statue