Are the events shown as Ten Rings influencing history meant to map to historical events?

In Shang-Chi and the Legend of the Ten Rings, at the beginning of the film, when the Ten Rings organization is being described, it is indicated that they have shaped history throughout the ages, and two scenes are shown with seeming terrorist or assassination tactics, first a building explosion (if I were to guess, it looked like a British embassy) and then some people being gunned down in a Middle East setting from atop a wall. Are these intended to match up to non-MCU historical assassinations or bombings, thereby explaining how these events happened in the fictional context?

There's not much information on this out there

The historical scenes you mention are ignored by the Director's Commentary, New Rockstars' breakdown and Looper's breakdown. The usually excellent MCU wikia has stub entries.

All we have is narrated by the audio description:

The warrior uses his rings to thwart enemies with their force then whips them at a stagecoach which spills riches as it tumbles.

Centuries later, at a castle

In England, a terrorist sets off an explosion

Sniping in a jungle

Now an assassin mows down several men with a machine gun

These scenes are perhaps deliberately vague and allusive, suggesting that the Ten Rings have been involved in 'changing history' without being too explicit as to exactly how.

No, what the movie was trying to show was how The Ten Organizations has been influencing history for a long time and how they have gained the power they now had. It could be said that these were just random bombings or assassinations but the actual motive of the scene was just to show how powerful the Organization is and how they can assassinate anybody they want to. There has been no links of these events shown in the movie to real world incidents.

Plus dozens of assassination, bombings and terrorist attacks take place every year so linking these scenes to one of them would be hard.

As you mentioned a bombing and an assassination it is in fact the assassination of a British official but the bombing has not been specified here: 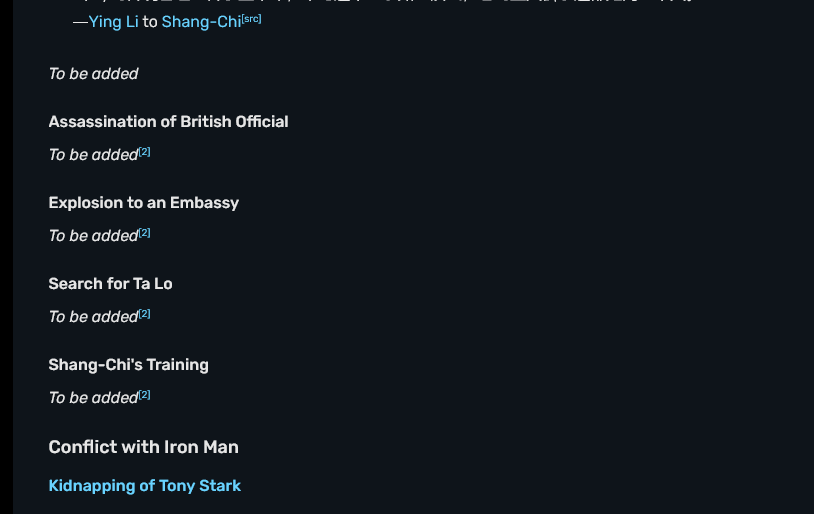 10
Which MCU characters are shown to be worthy of Mjolnir in the comics?
10
Are the other worlds shown in Agents of S.H.I.E.L.D. episodes "Repairs" and "Laws of Nature" the same?
4
Did Killian start the ten rings we see in Iron Man 1?
5
How are the events from Infinity War possible if this character is dead?
8
If the TVA exists outside of time, why are there still nexus events?
5
How did Shang-Chi learn how to use the ten rings immediately after obtaining them?
3
Is the dragon consumed by Doctor Strange in "What If...?" S01E04 the same as the one seen in "Shang-Chi and the Legend of the Ten Rings"...?
13
Are the MCU Mandarin's ten rings different from the ones in the comics?
5
Did the Ancient One know about Xu Wenwu and the Ten Rings?
12
Whose superhero-themed shoes are the shoes shown in the S01E05 end credits?