Manga where a reincarnated(?) young boy has a maid and a wolf girl who he does business with

It's a manga, and is likely to be a light novel adaptation. I can't remember if this is actually a reincarnation/isekai story, but I do remember it being set in a fantasy world. I read this sometime last year before MangaDex's maintenance break.

I recall the male protagonist being a merchant or similar occupation, and was business partners with a wolf girl. The wolf girl may have been described as a lycanthrope. She had droopy ears, and I distinctly remember there was a comment about her species only letting special people touch their ears, and hinted that the boy could touch her ears. She had a thorny personality to others except for the boy.

The boy also had a maid, who loves (or respects) the boy. The maid was competitive with the wolf girl for the boy's attention, knowing that the wolf girl likes the boy.

The boy MAY have went to school, and for some reason had to move. The wolf girl moved her business location to operate close to him.

Balud Cornelius is the son of a noble of the Mauricia kingdom and inside him also dwell the souls of the stingy warring states commander Okasanai Sadatoshi and animal ear otaku high-schooler Oka Masaharu. With these 3 souls in a single body, he can exhibit extraordinary abilities when it comes to combat or managing the domain.

Only special people allowed to pet 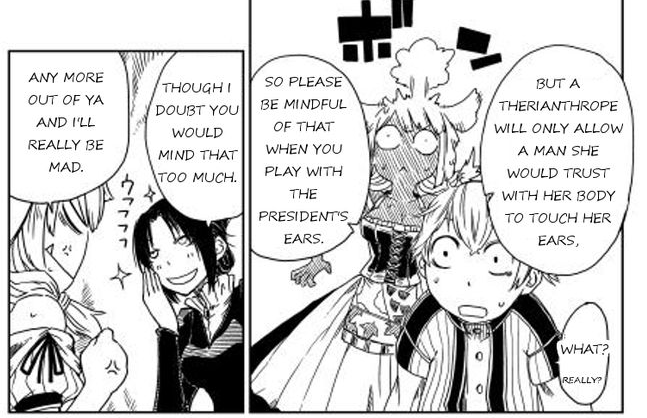 17
SF Short Story Identification: Boy finds a cube, people disappear, and boy becomes cube?
7
Manga where a teenage boy absorbs others' wounds
2
Manga about a boy with abusive parents who is reincarnated in an isekai world
3
Old anime where a school girl is a reincarnation of a war god and fights monsters/machines
2
Iseka/tensei manga with boy prince and elf assassin maid
1
Manga with a first born young girl, reincarnated and charged with protecting another noble family
3
Manga where young girl found a boy who turns into a fox