I don't remember, other than the TNG episode The Game, of any other types of video games in Star Trek.

Obviously, you can go into the holodeck, load up a simulation, and have fun, but consider the following:

Are their any references to video game companies or hardware still being around?

This might just be speculation, but given what we've seen some of these engineers do, building your own console to run a game might be trivial by that time, so you may not have any companies that produce that type of software or hardware anymore.

Gaming does still exist in Star Trek. In Star Trek 4, the voyage home, Spock has a chess game on his computer in a memory test that he needs to solve. 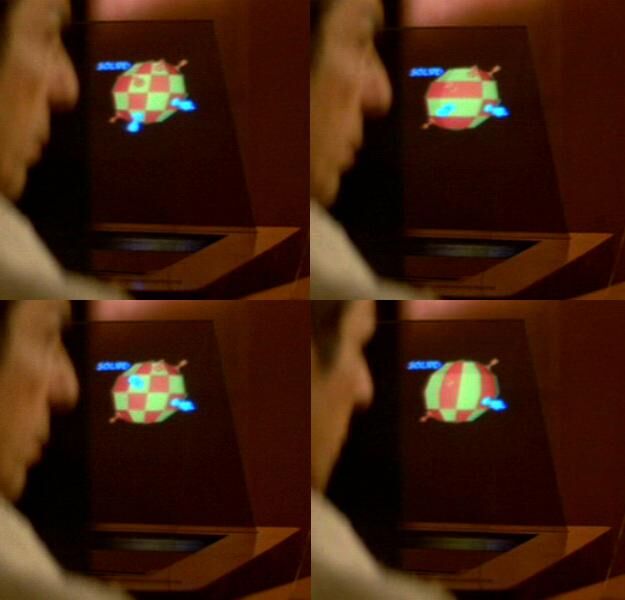 Most of the other games we see are holoversions. You don't need a full holodeck to play these. For example, strategema. This is a game you play on a console, a holodeck table, with a controller, weird metal things on your fingers. 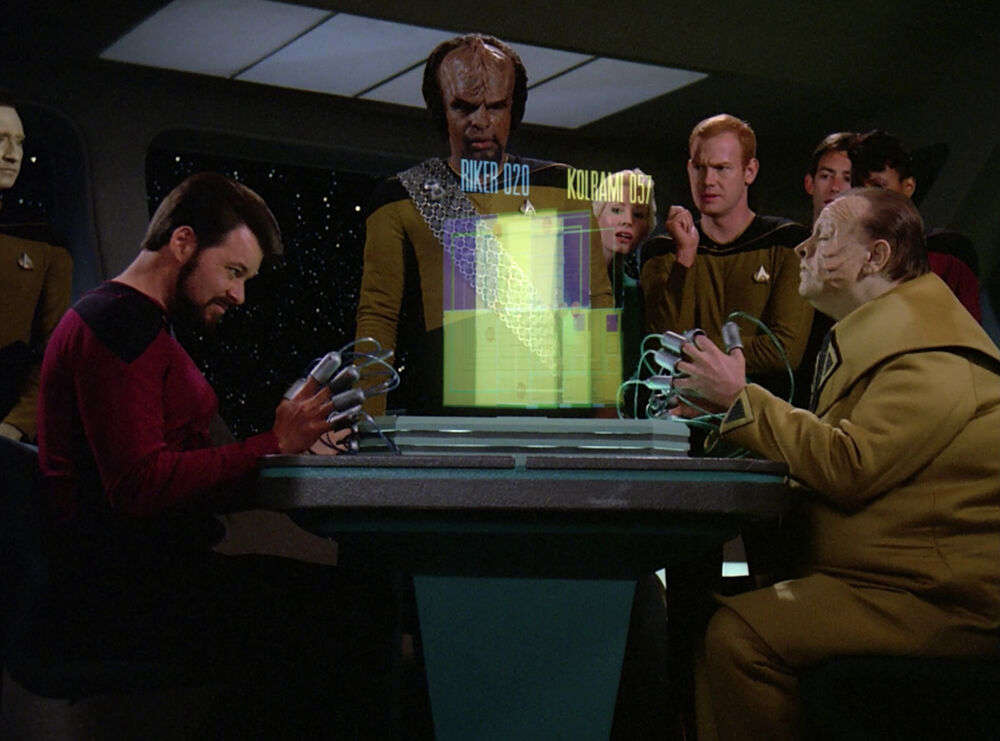 If someone lacked holodeck time, they would likely get a holo version of whatever game they wanted to play given what we have seen.

Of course, it would be very simple to make a replicated version of twenty first century gaming consoles. Tom Paris had a television gifted to him by Torres in Workforce. Some would probably do this, if they had enough nostalgia.

In TNG's Rascals (Picard, Roe, and Guinan are turned back into kids.) there is a scene where little Picard complains to Riker that none of the games are working.

PICARD: We don't have anything to do. None of the games are working.

RIKER: I know. The Ferengi made Daddy turn off the main computer.

PICARD: Can't you just turn on the kid's computer in schoolroom eight? We just want to play a few games.

DECKER: The carbon units use this area for recreation. ...This is one of the games. ...What type of recreation does the crew aboard your vessel enjoy?
ILIA PROBE: The words 'recreation' and 'enjoy' have no meaning to my programming.
DECKER: Ilia enjoyed this game, ...she nearly always won.

Regarding your other question the only time any 20th century corporation survived to the starship era was in a JJ movie. I think it was a beer but it was JJ trek so who cares.

Another interactive/holographic game we see is the Vulcan game of Kal-toh. This is a bit like a board game, but the board itself reacts to the user's inputs, transforming itself in response to players' actions, which makes it more like a computer game since it seems to have internal algorithms that are governing its behaviour.

In DS9's "Move Along Home" (S1E9), in response to losing at Dabo, a game requiring table-set hardware from the Gamma Quadrant is introduced by the Wadi: Chula. A portable interactive/holographic VR puzzle game. Sort of like a VR LAN party in a box.

Container containing the hardware for the game: 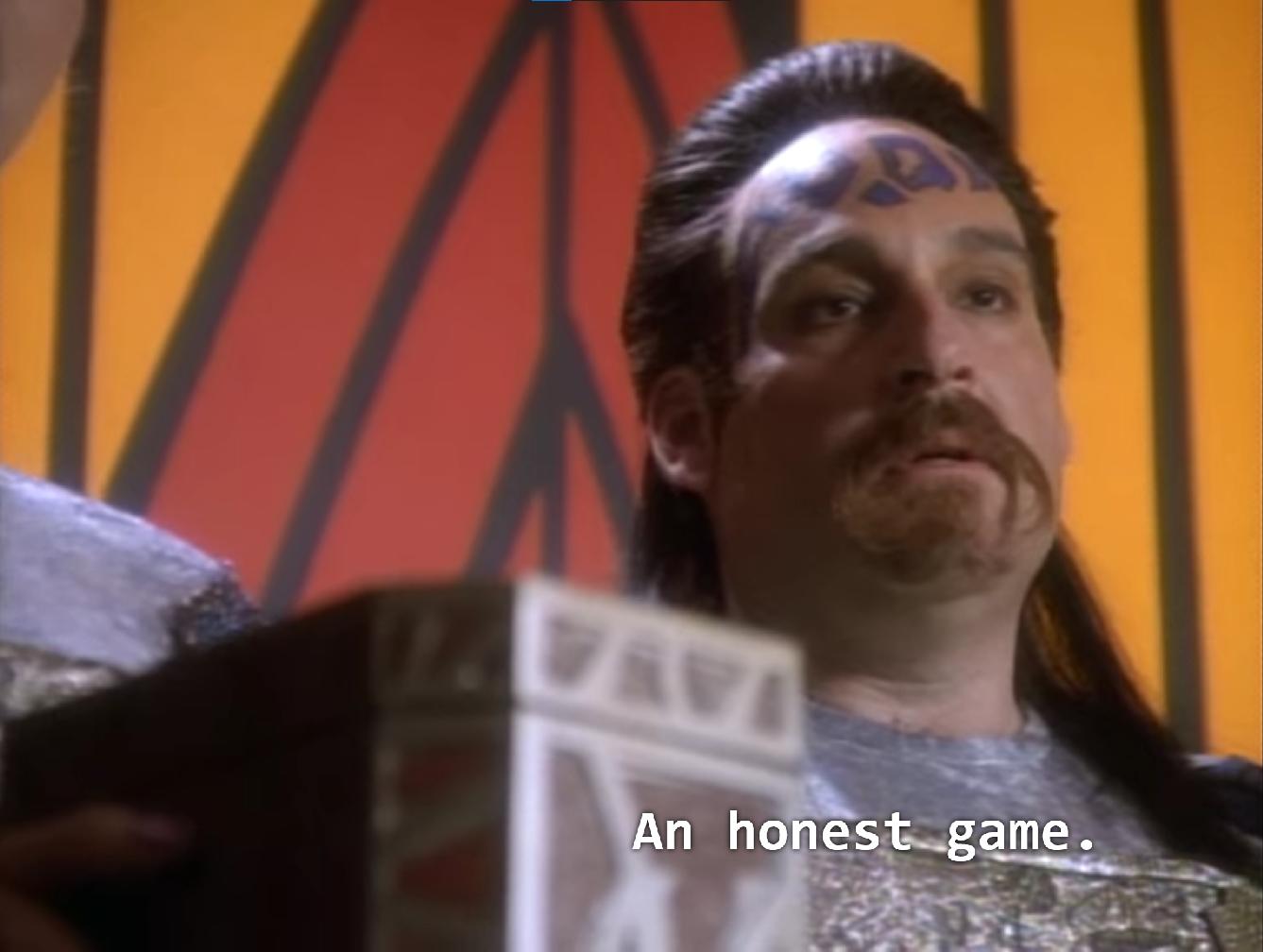 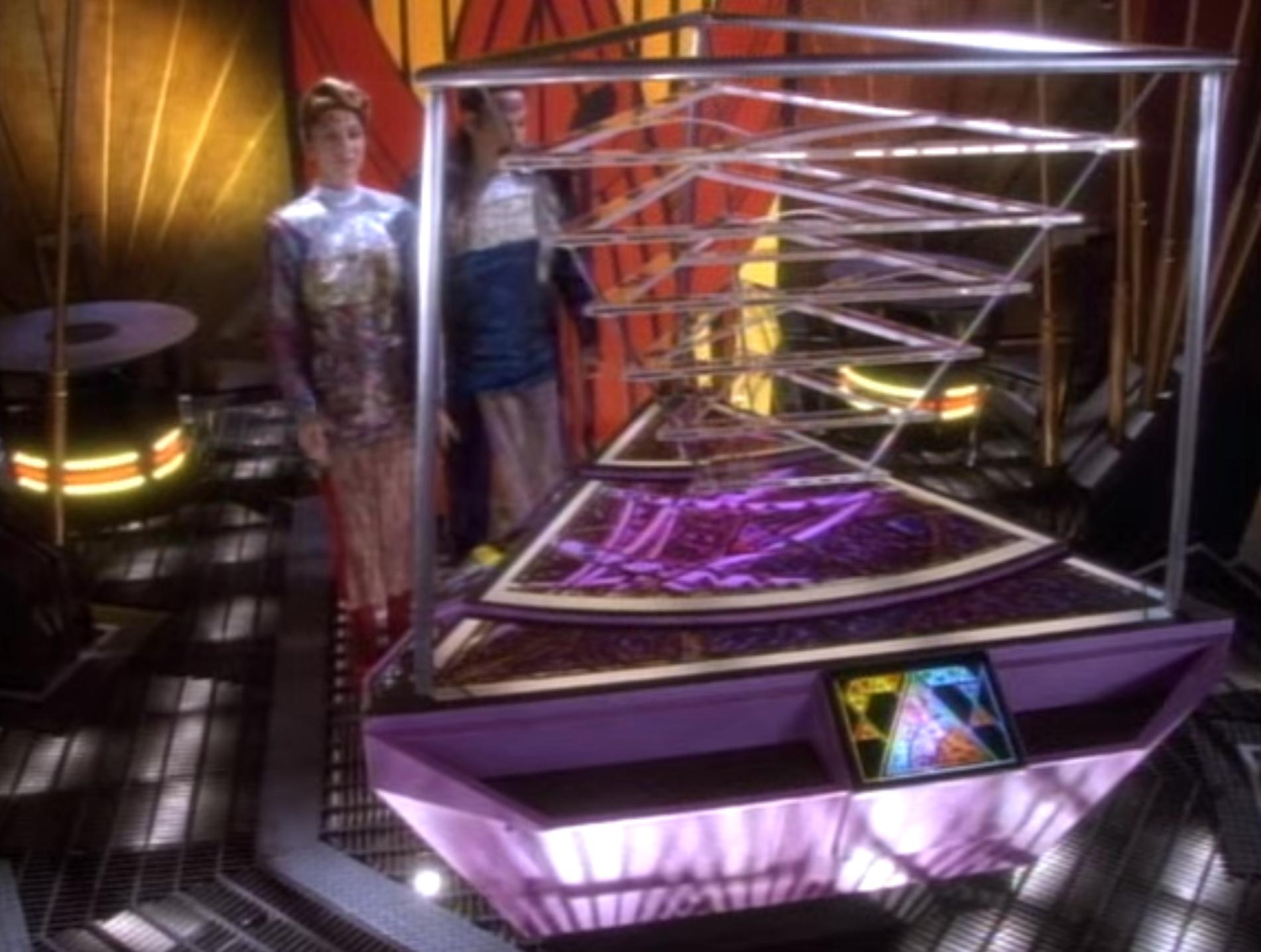 This should qualify as a fairly complicated console game, involving part of the crew in an alternate reality of sorts.

While not computerized in all eras, the Trek version of billiards, dom-jot, was eventually turned into a game that could be played on a PADD. From DS9 The Ascent

JAKE: I'm working on a story right now. I'll do it in the morning.
(Nog snatches the PADD.)
NOG: This isn't a story. It's computerised dom-jot.
JAKE: Sometimes when I get stuck, I play dom-jot. It clears my mind.

Console games can exist if you want them to.

Everything that we see about what can be produced with replicators and the level of detail on the holodeck suggests that if you requested a replicator to make you a vintage 2013 Xbox One and an appropriate LED monitor, then it could do so.

While there are limitations to what a replicator can produce due to their complexity, examples of what can be produced include weapons, machine components, and "complex devices". In particular "complex devices" includes the game in "The Game". I think we can assume that this device is somewhat more complex and operates at a smaller scale than the mere ~5-100nm scale needed to produce early 21st century electronics.

It seems that hardware and software produced after the advent of Information Age is likely to have been preserved by museums and/or collectors. Maybe you need to make a special request to a database on Earth.

The Star Trek: The Next Generation episode, entitled "The Game" (from season 5) features an augmented reality video game which essentially takes over the crew and is highly addictive, almost like an infection, as it spreads so fast throughout the persons aboard the