Book where America is being overrun by zombies controlled by a hive mind (a woman from the previous book?). Has a dark ending

This is a book I read around 2010, but is likely to be older. Although I didn't realize it when I read it at first, it was a sequel. I believe it is set in modern day America. The plot revolves around a town that is being taken over by some sort of monsters. From what I can recall, they are basically zombies controlled by a hive mind (a woman from the previous book?).

I have distinct memories of a few scenes, one in which a sleazy character who is "infected" keeps trying to hit on one of the main characters and has to keep eating mints because his breath smells like a dying person's. That guy dies shortly after and becomes a zombie. Another scene is the main characters walking through a forest of some kind where all of these zombies from the town are sleeping, this is closer to the end. I believe the original "evil" originated from some sort of dark hole or swamp, around which wildlife and animals died.

The book ends with the infection spreading throughout the country but this is covered very briefly, just notes of what is taken over and when. Any hints on what this book could be?

Possibly The Missing by Sarah Langan: 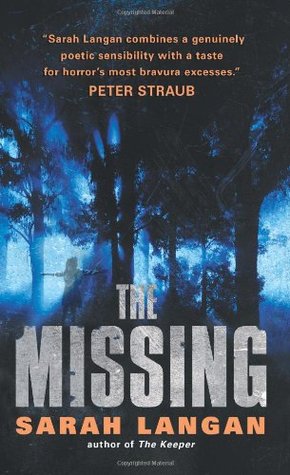 A remote and affluent Maine community, Corpus Christi was untouched by the environmental catastrophe that destroyed the neighboring blue-collar town of Bedford. But all that will change in a heartbeat . . .

The nightmare is awakened when third-grade schoolteacher Lois Larkin takes the children on a field trip to Bedford. There in the abandoned woods, a small, cruel boy unearths an ancient horror—a contagious plague that transforms its victims into something violent, hungry . . . and inhuman.

The long, dark night is just beginning. And all hope must die as the contagion feeds—for the malevolence will not rest until it has devoured every living soul in Corpus Christi . . . and beyond.

The evil does come from a hole in the woods. A boy called James Walker wanders into the woods and is overcome by a compulsion to dig a deep hole where he uncovers a skeleton. The "infection" comes from this hole.

The guy who keeps eating mints is Graham Nero:

She swallowed deeply, even though this was just Graham. But he’d made the place dark, and suddenly she didn’t like the dark. She limped through the side door and tapped him on the shoulder. “Looking for someone?” He turned. His breath smelled so strongly of peppermint Altoids that her eyes watered.

He caught her by the underarms. His fingers touched her breasts as he held her steady. “She figured out about you. And then she was gone. It was the attack that changed her,” he said. The Altoids on his breath were beginning to fade. In their place was something rancid.

Meg’s face got hot, and everything was spinning. She’d broken up a marriage, or at least helped it fray. Meanwhile, this jerk was copping a feel. She tried to pull away but he held her tighter.

The book is a sequel, with the first book being The Keeper. The main protagonist of that book is Susan Marley, though she does not feature in the second book beyond a couple of mentions. The book was published in 2007 so you could have read it around 2010.

Not the answer you're looking for? Browse other questions tagged story-identification books horror zombie or ask your own question.

6
Looking for a fantasy book about ape-like humans who get invaded by humans
9
Practically speaking, how long would it have taken to build the Israeli zombie-defense wall in World War Z?
7
Book ID: YA fantasy novel, possibly from the 80s, where main characters have special abilities
4
Amazon zombie story with a main character who loves Mountain Dew and Doritos
5
Looking for a movie with a haunted cabin
5
Space mission brings back terrible smothering fungus
3
Book where the main character falls from a tower in a field of wheat but is unharmed due to her being unconscious
1
80s movie where the characters are taken over by an alien hive mind
2
Semi-humorous Asian (Indian?) live-action zombie film where a slacker attempts to survive a zombie apocalypse. Zombies cured with skin care products