Apologies for the lack of details, but this was a long time ago.

I’ve got vague memory of watching an anime (or cartoon?) in the '90s or possibly early 2000s in the US (PA) on late night TV (possibly Toonami?) and trying to track it down.

Couple details I can recall

The animation style was similar-ish to Cowboy Bebop. They were drawn very human like, not cartoon-y.

That’s all I got. Apologies again for only remembering a few vague details.

Red Sector A was a paradise...for a man's machines. The domed city was home to the last of the human race, where they lived in comfort, served by their robotic servants. Until one day a mysterious force turns the robots against their masters, and the machines cast the people out of Red Sector A into the wastelands outside. Years later, the robots have collapsed into dust without human maintenance, leaving two young people - Woody and Andrea - to live in the city. But the city is on the verge of a exploding as the shield generator approaches meltdown. Andrea and Woody have a few hours to escape Red Sector A, but the unknown force that caused the revolution is still present, and has it's own plans for them.

Seems like a good match to your description. Woody is a pretty big guy with a robotic arm, and he travels through a post-apocalyptic/sci-fi landscape with a girl, Andrea. They're also drawn about as realistic as the characters in Cowboy Bebop.

This show is from the early 2000's, so it may be past the time of your memory, but it's a one-season sci-fi series about a prize fighter who ends up getting a robotic arm. There is a young girl, Ran, who he does protect, but I think she was too young for there to have been a romantic relationship later on.

It was a strange show, pretty experimental as far as anime goes, but the art style was very realistic. 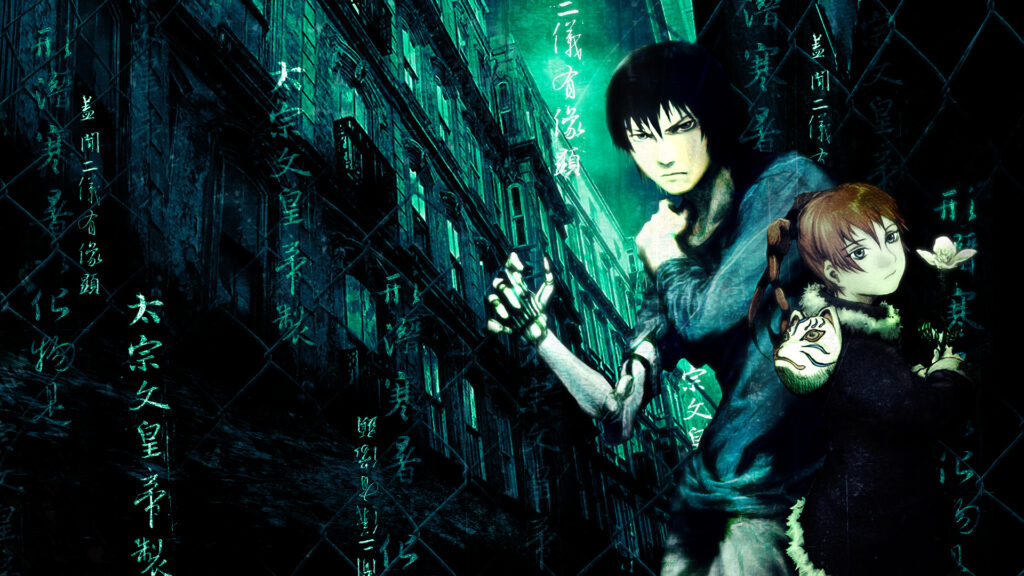 Wow, why hasn't anyone suggested Fullmetal Alchemist? Might be a little late, the original manga started in 2001 and the first animated version reached the USA in 2003 (on Toonami, I might add), but it seems close to me.

Two boys are orphaned when their mother dies (cancer is implied, though I don't recall a direct mention). Since they are sons of the greatest alchemist alive, and both studying alchemy themselves, they scheme to do the forbidden: use alchemy to bring their mother back.

Human alchemy is forbidden for good reason, though, and in the end, the elder brother, Edward, nearly bleeds to death after sacrificing his right arm and left leg to bind his younger brother Alphonse's soul to a suit of armor because the reaction has completely destroyed the younger one's body.

Edward's life is saved by his neighbor Winry and her grandmother, who are artificers of "automail" -- bionic limbs, essentially -- who accept everything the two boys own in payment to give Edward automail limbs.

The two brothers go through many adventures, all revolving around alchemy, after Edward discovers he can now perform alchemy without a "circle" (forming one instead with his body) and uses that ability to become the youngest ever State Alchemist.

There are a number of scenes in which Edward is seen defending a woman, and there's a strong tension of unresolved romance between him and Winry throughout the story.

Could it be S-CRY-ed?

A strange environmental phenomenon 22 years ago in the Kanazawa prefecture caused the land to split and protrude upwards reaching unprecedented heights, creating the secluded area known as The Lost Ground. Kazuma is a young mercenary who lives in the Lost Ground, looking for any work he can find to sustain his livelihood within the harsh environment. He is one of the few people that are gifted with the Alter ability, which allows him to plaster his right arm and torso with a metallic alloy. When this mercenary encounters HOLY, an order whose purpose is to suppress and capture what they call Native Alter Users, and one of the elite members of HOLY, Ryuho, an epic rivalry begins. 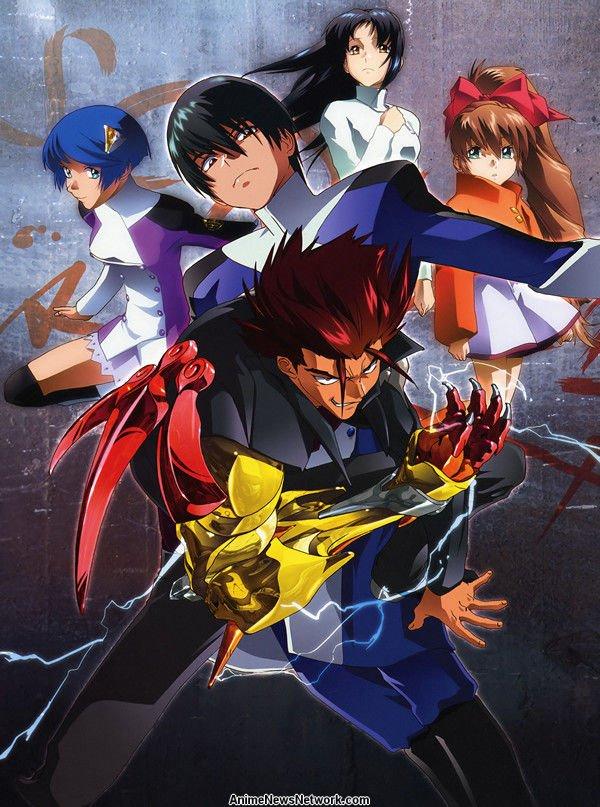 Not the answer you're looking for? Browse other questions tagged story-identification anime cyborg or ask your own question.

8
Cartoon where the main character had a cannon built into his arm?

12
Cartoon movie where the main character had a robotic arm
8
Does anyone remember this old "trapped in a video game" anime?
7
Anime/Cartoon with a Giant Police(?) Robot
6
Looking for an older maybe 20 year old Mech Anime
24
1980s or 1990s animated film featuring robots or mechs, an abandoned city with skyscrapers, and a desert-like setting with a cliff
9
Girl that unwillingly becomes a cyborg during a rainy night
6
Anime with a girl stuck on top of a huge mech that was walking towards a city; she had to disable (or enable) a bomb by remembering a phrase