I remember that I think the sticker on the cartridge and possibly the title screen or even world select had a kind of jungle underbrush look to it almost exactly like the cartridge/title screen for Secret of Mana. But I'm sure it wasn't Secret of Mana, since this was an NES game (and my memories of it are from before the SNES was even out yet, I think). All I remember of the game is that it was a kind of top down, controlling a single character with maybe some kind of puzzles. I'm not sure if you could attack enemies directly, or maybe just push certain objects into them which would kill them. And the level select may or may not have been more of a side view in the jungle setting with different platforms/doors to enter?

I think part of the premise might have involved the main character being stranded on an alien planet?

Edit: Doing some more digging of my own, I think I might be confusing some games together in my memory. The gameplay of the Adventures of Lolo is kinda similar to what I was remembering gameplaywise. The opening sequence of Master Blaster with going down the hole and finding the tank thing is maybe triggering some recognition.

But I'm still thinking that there was some game with getting stranded on an alien world with your spaceship now broken and having to survive on a jungle/swamp planet or something. Maybe the space ship was white?

This could be StarTropics. The art on the cartridge was stylistically similar to the cover art from Secret of Mana, with a jungle theme. 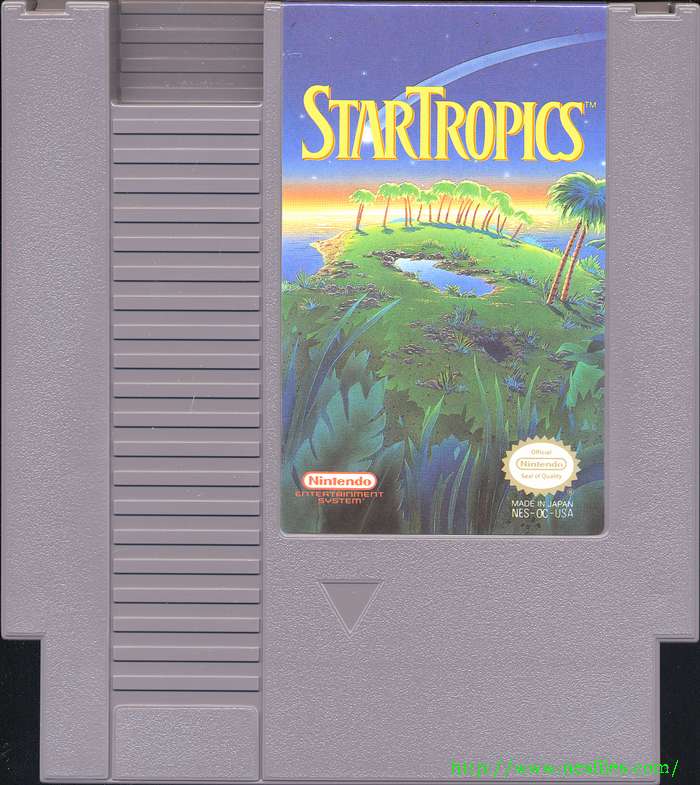 The gameplay was mostly overhead navigation with a single character. There is combat, but there is also an emphasis on puzzle solving, such as in this room:

The plot is somewhat peculiar. Per Wikipedia:

The story of the game follows Mike Jones as he travels to visit his uncle, an archaeologist by the name of Dr. Steven Jones, at his laboratory on the fictional C-Island in the South Seas. When Mike arrives at Dr. Jones's home in the tropical village of Coralcola, he finds that his uncle has gone missing. The chief of Coralcola gives Mike a special yo-yo to defend himself, and Dr. Jones's robot Nav-Com permits Mike to use his uncle's submarine to search for him. On a nearby island, Mike finds a bottle with a message from Dr. Jones, stating that he has been abducted by extraterrestrials. Traveling to many of the isles of the South Seas, Mike encounters monsters, labyrinths, quirky characters, and intelligent animals, including a talking parrot and a mother dolphin looking for her son, all in the search for his lost uncle.

One of the puzzles was also famously impossible to solve without the letter that came with the original cartridge, stymying many kids who rented the game.

Check out the walkthrough for Mendel Palace. It's an overhead puzzle game where you push tiles into enemies to kill them. The level select screen has different worlds you can enter. The first world is green-themed, which may be why you're thinking of jungles. And the box art has alien-looking creatures.

The player's character must save his girlfriend, who was kidnapped by a young girl. The backstory differs slightly between the Japanese and American versions, although the in-game presentation is the same regardless. In the American version, the player's character is named Bon-Bon and the girl he must rescue is a Princess named Candy, who is trapped in her own dream. In the Japanese version, the main character is named Carton and the girl he must rescue is merely his own girlfriend, Jenny, who has been kidnapped by Carton's younger sister Quinty (the titular character in the Japanese version), who is jealous of the attention that Jenny gets. 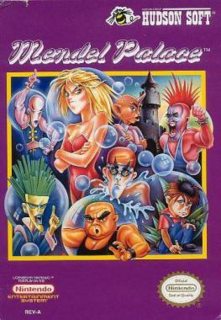 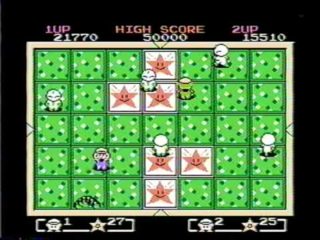 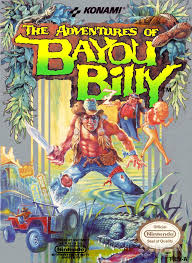 Maybe The Adventures of Bayou Billy?

11
Looking for a novel involving space marines on a primitive alien world
4
CoCo 2 Fantasy Computer Game - Real-time, puzzles - Had a sequel
11
Space-themed MS-DOS game with top-down perspective, crumbling bridge, and ghost-like aliens
27
NES game with town building between RPG/Hack-and-slash levels
9
Streaming series with game levels to unlock that lead to a house with a creepy tree
6
Earlyish ‘90s PC Space War / Battle Game
26
Video Game where you control a woman (an acrobat?) in early 1900s Europe who can interact with shadows
17
Maze-game with top-down perspective, each level you need to kill monsters and destroy their dens