What is this item in the movie Aliens?

There is a well-known image from James Cameron's science-fiction movie Aliens (1986) showing Ripley and Newt escaping from the queen and her xenomorphic fellows (see below). One of the two heroines (I assume it is Newt) holds a tubular item in her left hand. Does anybody know what item that is? 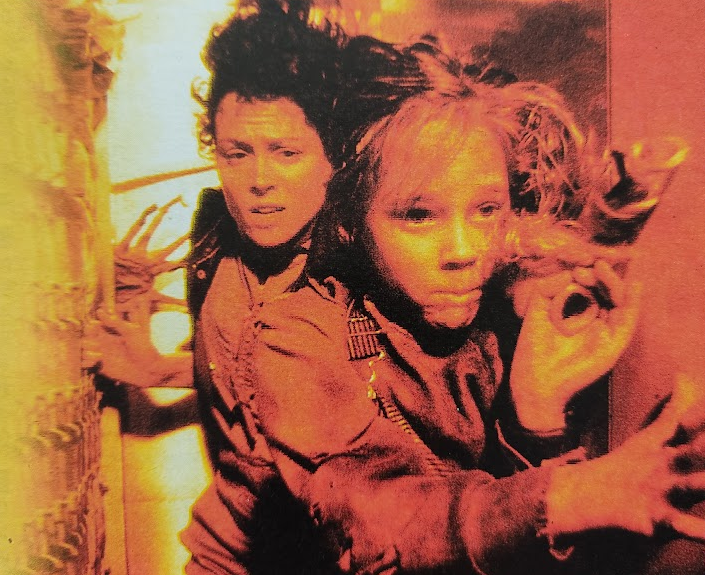 The answer given below states that the tubular item is the neck of Newt's doll Casey - and the answer is right. My initial assumption, that this image shows the final escape from the alien queen was wrong. The picture is from an earlier scene where Ripley and Newt try to flee from a facehugger by crawling under a bed. Hence, the image shows them lying on the floor.

The misleading issue is the fact that the picture does not have the correct orientation: it was rotated by 90 degrees. However, this photo has been floating around with that false orientation for years (and probably decades). I found it recently in a TV magazine. To prove that the image orientation was incorrect a priori (thus absolving me of guilt), I am providing a larger version with the magazine's image caption written onto the picture. The text is German and could be literally translated as: "Newt (Carrie Henn, r.) has escaped from the aliens, Ripley (Sigourney Weaver) quickly brings her to safety". (This sentence would be basically correct for both scenes.) Here is the extended image: 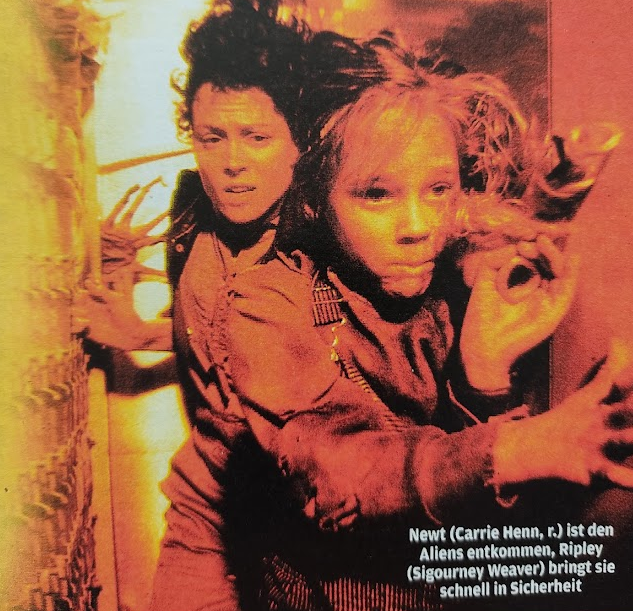 Now that the question is answered, I am wondering why the image has been around all these years with that deceptive orientation.

I think this is "Casey", the head of a doll which was either the remains of hers or one that she found while she was surviving on her own. The "tube" is the bottom of the neck. If I can find a screen shot from the bit where Newt introduces Casey to Ripley earlier in the film, it may confirm this. 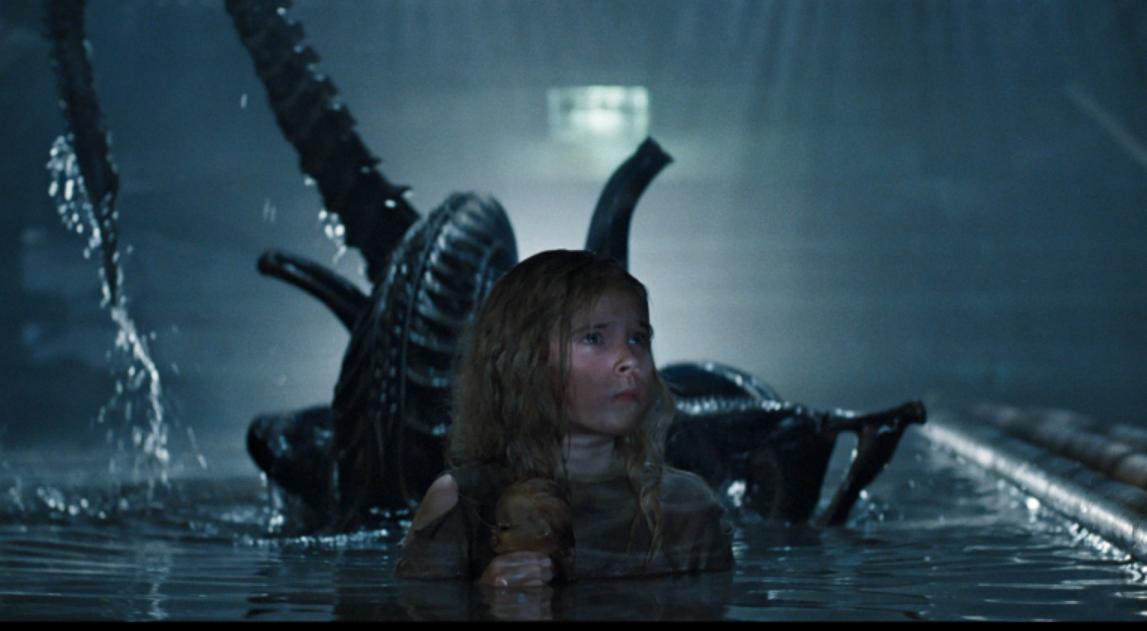 Not the answer you're looking for? Browse other questions tagged alien-franchise object-identification aliens-1986 or ask your own question.

7
In "Aliens", why does Ripley attack the queen?
14
How did an Alien egg get aboard the Sulaco in Aliens movie?
18
In Aliens, what is the "ornament" that Drake has in these two scenes?
13
In the Aliens movie (1986), why did the colonial marines leave the pilots behind on the dropship?
8
What was the last communication from the colony in LV426 in "Aliens"?
11
What was Carter Burke's job for "the Company" in Aliens?
15
What movie or fandom is this jewelry from?
4
What happened to the derelict spaceship after the events of Aliens?
5
Which cut is the "Director's Cut" of Aliens?
7
Did Weyland-Yutani learn the location of the derelict on LV-426 from Ripley?