Do Vulcan, Andor and Tellar still have their own military ships by the time of TNG?

Did all the species just dissolve their militaries and share technology to create human-centric Federation vessels? Or does each member still command its own military force of starships?

Do we have any evidence in any of the TV series or films to show what happened to members' military vessels?

Do any of the (non) canon books mention anything about this?

In the episode "wej Duj", Season 2 Episode 9 of the Star Trek: Lower Decks series that takes place in the late 24th century and which is considered canon (*), we see the Vulcan Cruiser Sh'val, which is non-Starfleet and is crewed entirely by Vulcans.

At the end of the episode, the young Vulcan who is the focus of the episode (T’Lyn) gets a transfer to Starfleet as apparently she was too rebellious for the Vulcan fleet.

Hence, at least one of the species, namely the Vulcans, still have their own fleet independently from Starfleet.

(*) The show's canonicity was confirmed by its creator Mike McMahan in a recent interview:

As this info has not been contradicted by CBS thus far, it's safe to assume it still stands. 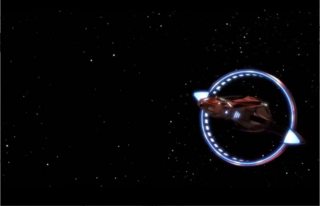 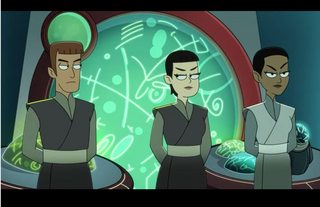 It is around time of ST:ENT S4 where one of its plotlines suggests an explanation for that era:

The rather militaristic Vulcan Navy was being manipulated by Romulan agents. After our heroes recover the teachings of Surak, and uncover some of the corruption (but not the Romulan connection), the Vulcans have a radical change of heart and move toward their TOS attitudes.

However, Vulcans retain their own intelligence service at least through TNG era.

But while they have starships, they have not generally maintained an armed navy.

TOS: “The Immunity Syndrome” starts with Spock "Feeling" the all Vulcan crew of the Federation Starship Intrepid die. Vulcans are both assigned to Federation crews, and in some cases, the entire crew of Federation ship is Vulcan. In any case, these are plumb resources for the Vulcans, as it was mentioned that the Intrepid was the only Federation Starship manned by Vulcans; also Kirk has suggested there are only 12 of the class in the fleet.

There were also indications that the status of a “military fleet” may have been changing by end of TNG era as seen in “Unification, Pt. 2.”

In this episode, the Romulans stole Vulcan ships to confront Romulan ships and were full of Romulan shock troops ready to sneak attack in a surprise attack under a false gesture of peace. Why it was not a surprise that Vulcans would send a flotilla of their own ships and not a Federation ship is not explained, nor confirmation of a move by Vulcan further towards or away from maintaining their own “military” fleet.

Based on episodes from the Lower Decks series and other offhand remarks or implications over the years in various series, various non-Earth Federation members retain their own military vessels.

And if you think about it, it makes sense. They'd probably want something to at least defend their own system from attack, since there's no guarantee Starfleet would happen to have ships there at any given time. Earth, on the other hand, as the capital of the Federation and headquarters of Starfleet, and the Solar System home to a number of fleet yards and major bases, is pretty much guaranteed to have ships around (Star Trek: The Motion Picture being a counterexample, and one of the very few), so Earth doesn't need its own fleet.

17
Did the Federation actually have consistent naming conventions for their ships of the line?
13
Is there any out-of-universe meaning to starship registry numbers?
22
Why does Harry Kim get in trouble for sleeping with an alien?
9
Do changelings have their own gods?
11
How many characters from the TNG era would have worn the 'monster maroons' uniform?
9
What senior officers have their own private office/workspace?
7
Do the Ferengi have their own version of Reincarnation?
4
Technology sharing with new members in the United Federations of Planets?
2
In what episode of TNG is it established that Vulcan ships have no weapons?