Ask Question
Asked 4 days ago
Active 4 days ago
Viewed 104 times
2
Closed. This question is off-topic. It is not currently accepting answers.

I can't exactly remember the plot but I do remember a scene where an old woman who said that she has been imprisoned since she was young and beautiful and then proceeded to burn the Castle and laughing maniacally while the castle was burning and then in the next scene there was a male character who opened a secret door that was hidden behind some green flowers/bushes (maybe roses) to get away, the movie had swords and stuff in it,

EDIT: I only saw part of the movie when I was around 8 and don't remember much but I don't think that it had magic in it but I could be wrong. So the story followed a young male character (I think) who was thrown into a dungeon where he met this really old woman, then the boy was taken by the guards for interrogation or something, then the castle started burning and the old woman started giving a monologue how the castle's owner had her imprisoned since she was a young and beautiful girl and now she gets to have her revenge so she lits the castle on fire with a torch or something, and as the fire surrounds the castle we can hear the old woman laugh maniacally, then some guards of the castle go near a bush near the castle and open a secret door to get away

i've already searched and searched for this movie and so far here are two movies i can safely cross of the list: The Black Cauldron and Quest for Camelot

Meets an old woman who is in captivity for a long time? Check.

The old woman burns the castle during an assault, laughing maniacally? Check.

See if this rings a bell. 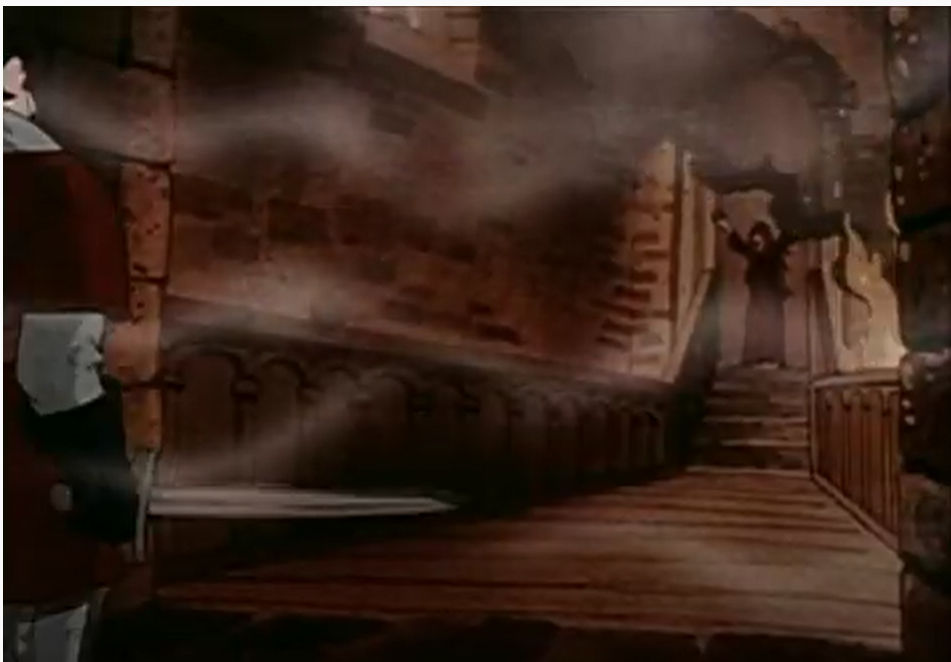 Not the answer you're looking for? Browse other questions tagged story-identification movie tv animated-series or ask your own question.

4
Trying to find a series I started - dragons hibernating
7
90s fantasy movie: winged demons dragging a man under furniture, followed by a splash of blood
5
Movie Identification - 80s Ghost Romance Involving A Medieval Castle?
2
Movie scene where woman is comforting father of dead son by saying he is alive somehow
10
UK 80s TV Mini-series with Camelot overtones/references
12
90s film where the Devil impregnates a woman and she kills herself with glass on a balcony