This is a long shot, but there was a Children's sci-fi TV series, either BBC or ITV, I am very vague on details, but I remember a guy in a black "space suit" with a shiny black helmet that had pointy horn like parts to it, he'd have a synthesised voice, and occasionally would take the helmet off.

I am sure the title was 'galactic something' or was based around 'something galactic'. I've been trying to track this down for years, but to no avail.

This person in the black suit with the helmet, had a superior in a red version of the same. I am pulled towards Galactic Traders, but I might way off track. I should add, this was the UK only as far as I know.

OK, this may be difficult to prove either way as there is so little online about this series, but I propose...

The show was about the domestic life of an eccentric family group set in the year 2040 - although in the setting the characters are not in fact biologically related but assigned to shared living quarters by the bureaucracy.

One of the characters is 80H (aka Sid). 80H/Sid is a "bureaubeing" and did wear a shiny black space suit complete with menacing black helmet. The helmet was pointy, but no horns. See the only image I can find of Sid online below. Sid is on the right and he isn't wearing the helmet, but the helmet is in shot (held by the person standing next to him). 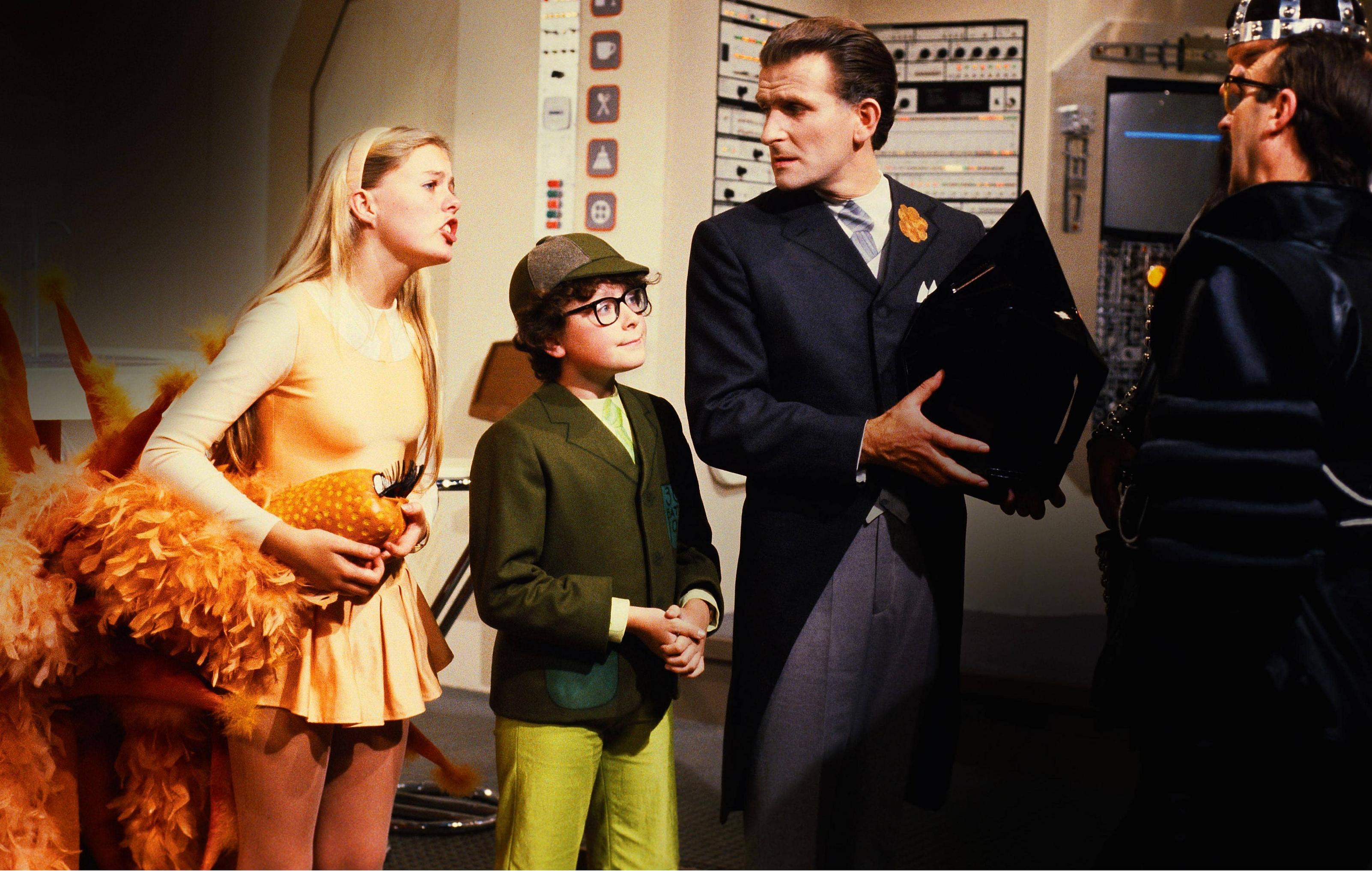 While wearing the helmet Sid spoke with a ring modulation effect (think Daleks and Cybermen).

Sid is a Sector Coordinator for the Bureau Bureau, but his boss was the Galatic Coordinator. So there is the 'galactic' link. There is also an Assistant Galactic Coordinator. I've no idea if either or both of these wore a red version of Sid's uniform.

The only country to show Luna outside of the UK was New Zealand.

13
20+ years old SF movie with a man inside a spaceship having his frozen arm ripped off by some kind of gravitational force
7
Children's 80s TV show sci-fi with puppets
8
Comic with superteam; electric woman, guy who can make things with his mind and a glowing 'wolverine guy' who can fly
10
Early to mid 80s, children's sci-fi (quiz?) show; live audience, shouty host called 'Captain...' something or other
13
British Kids TV show involving collecting pieces of a MacGuffin over a series