Why was the first Jedi Temple built on top of a Dark Side cave?

I am curious to know if there is anything mentioned in Star Wars canon that explains why the first Jedi Temple, located on the planet Ahch-To, was built on top of a Dark Side cave.

I personally can't see any advantage the first Jedis would gain by building their first temple at this particular location since any Jedi who would enter the cave would likely be tempted by the Dark Side and may then decide to follow a path that would lead them to becoming a Sith.

Why was the first Jedi Temple built on top of a Dark Side cave?

It would appear that the ancient Jedi weren't warriors of light, instead worshipping balance. That evidently included studying and possibly even embracing their dark urges. It was only in latter years that they became obsessed with taking sides, resulting in a powerful imbalance in the Force that led to the Sith Wars and, ultimately, the near-total destruction of the Jedi Order itself.

It seems likely that the site of the Temple was either chosen because it had a dark influence (noting that the Jedi temple on Coruscant was also built on top of an ancient Sith Temple) so that they could more readily explore the dark side of the Force, or simply that it had become imbued with dark influences as they explored their own Force talents. 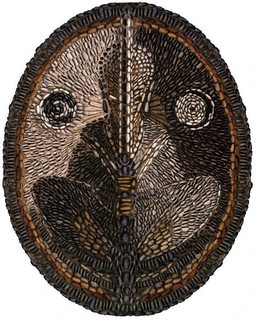 A mosaic depicting the first Jedi meditating on balance, found on the floor of the temple at Ahch-To

The High Republic: Into the Dark explains that the dark side site below Coruscant was conquered from the Sith by the Jedi, and that they took dark side artifacts to it and used it to drain their dark side energy, guessing that it would then dissipate into the force in general.

We don't know the exact history of the first temple one, but it's worth remembering given the above that dark side spots aren't without their uses in depowering dangerous Sith artifacts.

To further support Valorum's answer, the concept of the Force was based on a mash-up of religious concepts surrounding an idea of "balance", the most obvious of which ties to the concept of Yin and Yang:

The principles of the Force resonate with those of some real-world religions, including the Shinto religion of Japan, Buddhism, Taoism and certain Celtic druidic concepts. [...]the splitting of the Force into light side and dark sides echoes the concept of yin and yang in Eastern philosophy [...] Along with the concepts of yin and yang, the concept of a ubiquitous Force parallels the real-world concept of a "Tao" or "way," which is said to flow everywhere in the universe.

When we look at what the concept of Yin and Yang represent, we can see the relevance to how the Force is a sum of the whole, and the separation of the Jedi ("Light"), and the Sith ("Dark") moves away from what the balance should be (emphasis mine):

In Ancient Chinese philosophy, yin and yang (/jɪn/ and /jɑːŋ, jæŋ/; Chinese: 陰陽 yīnyáng pronounced [ín jǎŋ], lit. "dark-light", "negative-positive") is a concept of dualism, describing how obviously opposite or contrary forces may actually be complementary, interconnected, and interdependent in the natural world, and how they may give rise to each other as they interrelate to one another.

We can see this "yin and yang" symbolism represented in the image in Valorum's answer as well.

My original understanding was that the Jedi Temple being built on top of Sith caves and temples was to "Put a lid on it"; bury and smother it in a misguided attempt to bring balance to the Force, after the separation of the Jedi and the Sith, being that the Jedi believed that "balance" meant "snuff out the evil":

"The Jedi tried to cap the power of this shrine, but there's leakage. It's not just Sidious; it's the power of history, it's the residue of what's left of the dark side there."

Where the problem started with an "imbalance" of the Force was the separation of it, and the belief that the Dark side needed to be removed, or hidden must have been lost in translation, and buried in history.

Because it was Inevitable

A common theme in Star Wars is that the force balances itself. From what I recall, the movie does not make clear whether the temple or the cave came first, instead it strongly implies that where there is one, the other always shows up to oppose it. So, if the Dark Side cave came first, it would be inevitable that a Light Side presence would show up to oppose it, but it is just as likely that the Light Side temple came first, that the Dark Side cave emerged to bring balance to the force.

In order to ritualistically purify the space.

From Resistance: "The Relic Raiders"

Mika Grey: We're in an ancient Sith temple. Sometimes, you find them buried beneath Jedi temples.

Kazuda Xiono: Why would the Jedi do that?

Mika Grey: It's a purification of suppression.

Possibly not canon, but a logical answer:

21
Does the Force always try to balance itself?

12
Sith/Dark Jedi in Jedi temple possible
18
How many Jedi Masters have become Sith?
17
Is there a compelling plot reason for the map to point to Luke instead of the Jedi Temple?
6
Why didn't Yoda & Obi-Wan stay around to help rebuild the Jedi Order?
12
Is Darth Vader's temple on the exact spot on Mustafar where Anakin was defeated?
26
Why didn't Yoda go to Ahch-To instead of Dagobah?
5
What made the water of the Jedi Temple pool ripple?
7
Why didn't Rey encounter Dark Side Rey inside the cave on the planet Ahch-To?