How far away from Earth did the Phoenix travel for its first warp flight?

At this point, Zefram Cochrane turned the ship around, and commented just how small Earth looked

The route of the Phoenix is shown in the Star Trek: Star Charts factbook. The distance travelled appears to be approximately the diameter of Earth's orbit (e.g. 16 light minutes). 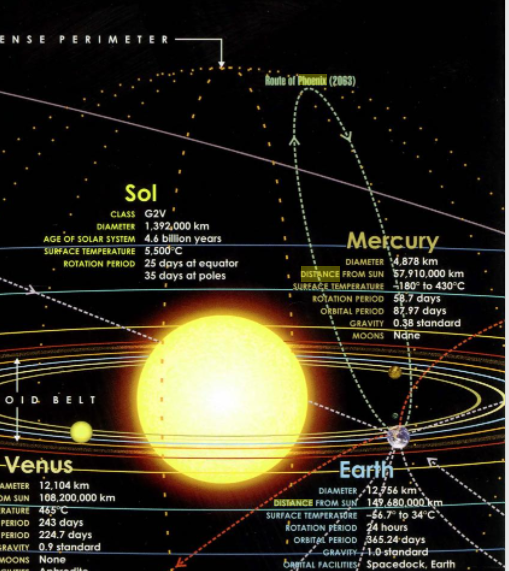 In the film (and the film's novelisation), the ship travels at lightspeed (Warp 1) for what appears to be several minutes. We then cut to the action on board the Enterprise, they throttle down, turn around and then repeat their journey in the opposite direction.

The ship around him seemed to dissolve. He felt himself go hurtling forward, weightless, as if his entire body had been launched from a giant slingshot. The stars surrounding him suddenly blurred, then began to streak past at dizzying speed.

Zefram Cochrane let go a scream—of fear, of exhilaration, of the purest joy—and with it, released ten years‟ worth of grief and cynicism, pain and hopelessness.

Inside the cockpit, the ride had smoothed out considerably, but the mood was still rapidly ascending.

“That should be enough. Throttle back; bring us out of warp,” Riker told Cochrane, with as much professionalism as he could muster—which wasn't much, since he'd been grinning so hard his cheeks literally began to ache. They had done it, really done it, and from the look of elation on Cochrane's face, Will had no doubt that, within another hundred years or so, the statue of the great Zefram Cochrane would be standing next to the silo, precisely where it was supposed to be.

This distance tallies nicely with his description of the Earth as a naked eye blue dot, slightly brighter than the background stars.

Not the answer you're looking for? Browse other questions tagged star-trek star-trek-first-contact or ask your own question.

22
When did dilithium crystals become so important for starships?
25
Why is there no rock-n-roll on Star Trek?
16
How did the Phoenix land?
12
Did the events of First Contact create the Prime Universe?
11
Were the events of the Star Trek movie First Contact always a part of history?
7
How far did the Botany Bay travel in "Space Seed", and how?
4
How did Picard's away team transport so far in First Contact and not be detected by the Vulcans?
32
How did Cochrane obtain dilithium for the first warp flight?