How is Captain America able to expertly wield a weapon he had never used before in Endgame?

In Avengers: Endgame (2019), Captain America uses both Mjölnir and his shield in the final fight against Thanos. Now we're aware that he's always been worthy to wield the hammer - or at least he has since Avengers: Age of Ultron (2015) - but in canon, he'd never wielded the hammer until that scene. My question is, how is he able to wield it with the expertise and skill he exhibits in the fight scene? It takes time to learn the nuances of a new weapon, no matter what it is.

In the Earth-616 (comics) canon, it's been indicated that Captain America can master new techniques and weapons in a matter of seconds or minutes. I don't think it's been confirmed that this explanation applies to the MCU, but I know of no evidence to the contrary, and the MCU clearly takes inspiration from the comics in many respects.

Here are some examples:

FLAG-SMASHER: How insufferably accomplished my rival is! As far as I know, he has never used sky-skis before -- yet he handles them like an expert! 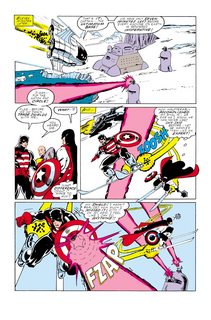 KANG THE CONQUEROR: Captain America is an astounding warrior -- he has never fought under these conditions before -- but already he adapts -- mastering the form more completely than many who've trained for decades! 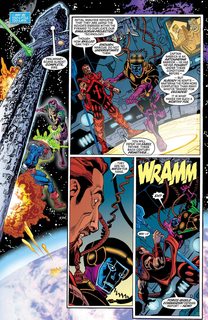 BEAST: Commander Rogers is a super-soldier who can master any weapon in seconds. 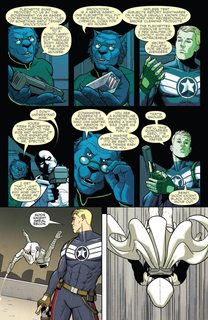 “Whosoever holds this hammer, if he be worthy, shall possess the power of Thor.”

Part of the power of Thor is use of Thor’s hammer. It’s not that Captain America knows or even needs to know Norse war hammer combat.

Captain America just needs be worthy to hold the hammer, and the power of Thor does the rest.

I think everyone just reads too much into it.

For starters, the movies don't show you every day of Steve Rogers' life. It's obvious by his combat ability, and his weapons prowess, that he trains hard so as to be ready for any encounter. Steve Rogers is regarded as an excellent strategist in the comics, and while they don't talk about it too much in the MCU, you can assume the basics are true as he is the leader of the Avengers, and tends to be the only character that doesn't let his emotions get the better of him.

Also, Thor and Rogers spend a lot of time fighting along side each other through the timeline of the MCU. Combine that with his strategic abilities, you can assume he picked up a little from watching Thor.

Now if you watch Thor at the end of Ragnarok, he uses his thunder and lightning abilities way beyond anything Rogers uses in Endgame and Thor doesn't even have his hammer. He downright makes Rogers look like a rookie. Also during Ragnarok, Odin explains the hammer isn't the source of the power, but a way for Thor to channel that power.

Now if you take into account Mjolnir's own sentient ability to not only choose who's worthy, but to access the power, then combine that with the facts above, I think how Captain America wielded Mjolnir makes complete sense.

An example for me, would be a gun. Before I ever shot a gun, I knew exactly how to do it. Point and pull the trigger. That doesn't necessarily mean I was hitting bullseyes and completely disassembling the gun after my first use. A hammer is pretty rudimentary in its use. I know its scope reaches beyond that of a regular hammer, but picture the hammer being a lighting rod that instead of having an on/off button, it listens to the wielder's mind. For the hammer to sense that you are worthy, it would have to be able to connect with you beyond a conscious level, meaning your will would be the hammer's command.

In my opinion, Thor/Rogers don't use "powers" to call back the hammer, rather the hammer senses the will of the user.

Not the answer you're looking for? Browse other questions tagged marvel marvel-cinematic-universe captain-america avengers-endgame mjolnir or ask your own question.