Manga set in a world where most people have classes, but the MC doesn't, so he trains to replicate the skills of those who do

In the manga everyone has a "class" such as paladin, archer, mage, swordmaster, etc.

The MC's parents have extremely high level classes. The mother having a swordmaster class and the father having a grand mage class.

The MC does not receive a class, but he is extremely powerful as he trains his body so he can replicate skills of classes.

In the first few chapters, the MC meets a young "boy" who believes the MC can't fight people with classes. Later, the MC meets the young "boy" and it turns out they were actually a female. Upon entering a large medieval town the MC meets a young swordswoman who is the daughter of a renowned swordsman who once led the most influential guild in the city. Upon joining the swordswoman's guild after almost being tricked into signing a marriage document he joins a tournament and decimates all of the swordsmen in the city.

Upon winning the tournament the mc his childhood friend and partner in training as well as the swordswoman who recruited them both all enter a dungeon together. They are lured to the bottom floor to fight against the highest class of fighter and the mc wins singlehandedly.

This is The Hero Who Has No Class. I Don't Need Any Skills, It's Okay..

"Classes" are given at the age of 10, and the presence or absence of "skills" greatly affect life. Arel, the son of "Sword Princess" Fara and "Magic King" Leon, has been branded as "Classless"... But even without a job or skills, Arel believes he can persevere through effort.

The main character, Arel, lives in a world where people are assigned classes and related skills, by a goddess, when they reach the age of ten. His parents both have advanced classes, with his mother being known as the "Sword Princess" Farah, and his father, the "Magic King" Leon. His older sister has the class of "Empress".

For whatever reason, Arel is an exception to this rule, and is judged to be classless. So while others are effectively gifted their skills for free, he sets about becoming a skilled swordsman through sheer hard work and practice. He eventually leaves home to make his way in the world, mastering various new skills along the way.

Early on in the story, he's challenged to a duel by a young 'swordsman' who wants to prove that a classless swordfighter is no match for one who was blessed by the goddess. Arel gives a decent account of himself, but his opponent wins, using a special "doubled-edged cut" strike. Not long after, Arel practices alone in a forest, and is able to replicate the doubled-edged cut. A bit later, he has a rematch with the same 'swordsman' and wins, making use of that strike.

Five years later, Arel meets this 'swordsman' again, and discovers that 'he' was actually a she, i.e. a girl posing as a guy. He also tells her that he's learned to copy skills after daily rigorous training. 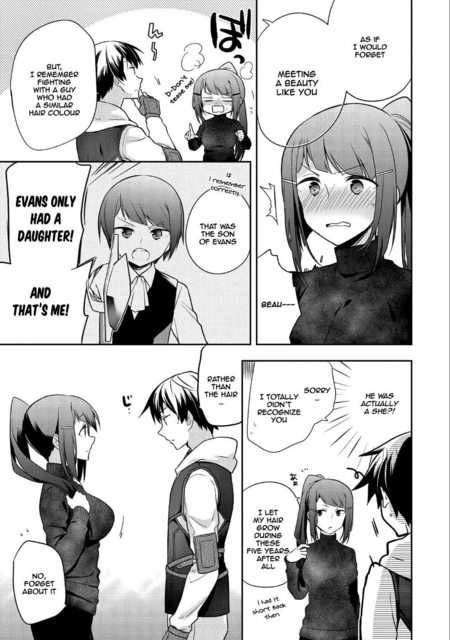 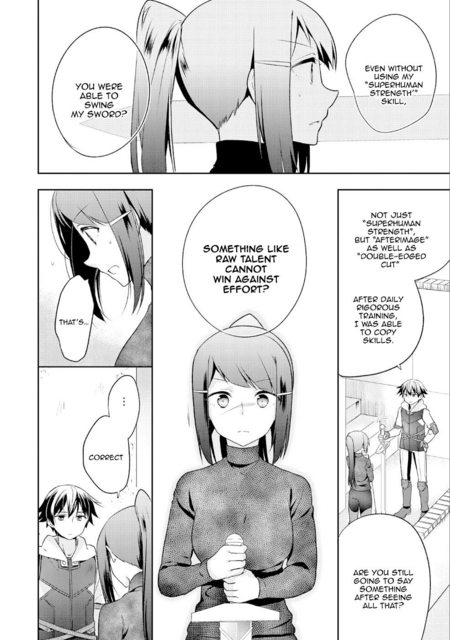 5
Manga or light novel I read a long time ago, where the main character's sister has the job of empress, and builds an empire to find him