How much time passes during the time skip?

There is a bit of a time skip between the events of Act 1 and those of Act 2, during which a number of characters grow up or change careers.

So, how much time passes between Vi and Powder being separated and the events of episode 4?

About 6-7 years, as shown in this tweet from one of the writers of Arcane.

Caitlyn and Vi are about the same age in the first act, maybe a year apart? Somewhere in 14-16 age. Powder is 11-12ish. And we think about 6-7 years passed between episodes. This is all approximate since time is a bit different in Runeterra, and a bit open to interpretation. 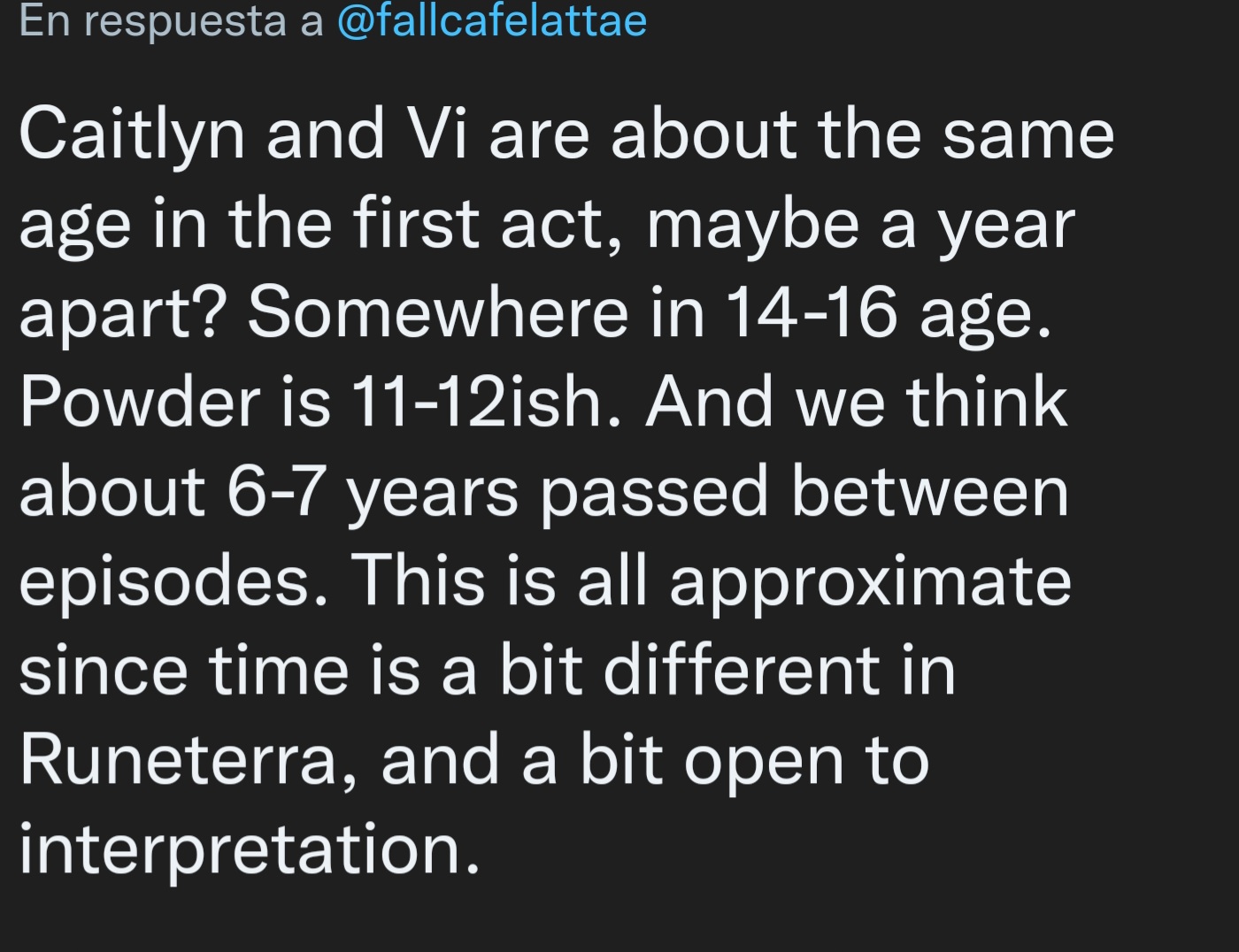 This fits with the time range described in the question, on the high end, if Vi was 16 when she went to prison. Of course, "time is different in Runeterra" according to the tweet (blame Ekko, he "broke" it).

Not the answer you're looking for? Browse other questions tagged arcane or ask your own question.