In Balance Point: Star Wars: The New Jedi Order Book 6, beyond some interesting foreshadowing about Jacen, we learn that hairlessness provides advantages in certain tactical instances such as decontamination procedures. Pg. 142 confirms this:

“We can separate the Vuvrians and Vors,” the voice continued. Hairless folks can zip through a fast irradiation, and we’ll send them on their way.” Jacen curled against the hatch. “Why are you asking me…”

In Traitor: Star Wars: The New Jedi Order Book 13, Jacen Solo by Yuuzhan Vong standards gets to visit a Yuuzhan Vong spa, and experiences the lush extravagance of “the Embrace of Pain” — essentially a brutal torture device to everyone else’s tastes.

But mostly he sits, or lies, waiting. Naked, blood seeping from his wrists and ankles. More than naked: utterly hairless. The living machines that tend to his body also pluck out his hairs. All of them: head, arms, legs, pubis, armpits. Eyebrows. Eyelashes.

After Traitor, did Jacen Solo maintain his plucked grooming habits, particularly after he went down the path to becoming a Dark Lord of the Sith? Was this hairless condition ever again referenced in Legends continuity, or is this something he kept just kinda, sorta between he and Vergere? Was it referenced again in any official reference books, supplements, or his hairlessness reflected in official artwork?

Was Jacen Solo’s lack of body hair during Traitor ever addressed again in Legends?

Jacen’s hairlessness was a specific conceit of the plot of Traitor, and even then intended as a part of his overall training including the physical and psychological deconstructing and rebuilding by Vergere to ensure Jacen survived his Vong captivity. With the Yuuzhan Vong culture focused on physical pain, and the Embrace of Pain something Vong willfully engage in, Vergere had to expose Jacen to the same experiences to force him to understand the Vong.

While Jacen’s plucked hairlessness from the Embrace of Pain fulfilled Vergere’s intent, it was not something that Jacen seemed to maintain, even as he fell on the path of the Dark Side and became the Dark Lord of the Sith — Darth Caedus.

In fact, Jacen’s hairless condition is not reflected in official artwork showing Darth Caedus, confirming the grooming habits were not maintained in later Legends continuity, for example, on the cover art showing a close-up of Jacen for Karen Traviss’ Star Wars: Legacy of the Force: Revelation, which shows a Jacen clearly with hair and eyebrows: 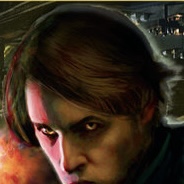 1
Did Tahiri have sex with Jacen Solo?
31
Where did Ben Solo get his red lighsaber and mask when attacking Luke's Jedi School?
30
Why did Han Solo dump his cargo rather than store it in the hidden compartment of the Millennium Falcon?
12
Why did Han Solo change his mind in the end of New Hope?