When did Batman use lead in his costume as defense against x-ray vision or other powers?

Reference this question, and Batman’s Batsuit wiki for context.

In seeking answer to that question, Batman’s wiki notes that Batman has used lead in his costume to foil superpowers, and mentions this in specific reference to Tommy Monaghan (DC’s Hitman):

However, because some superpowered individuals such as metahuman hitman Tommy Monaghan have the power to see through solid objects, Batman also lines the cowl with lead to protect his identity. That property is absent in The New Batman/Superman Adventures crossover "World's Finest", where Superman saw through Batman's cowl with ease.

Does anyone know the source for this wiki entry — details regarding when Batman used lead in his costume as defense against superpowers (as opposed to say, lead shot in his gloves for attack)? Was it an issue of Hitman? Other times?

Batman's cowl being lined with lead has been mentioned in Post-Crisis issues such as Superman/Batman Annual #1 and Superman/Batman #9. Seemed to be presented as standard gear in those issues, rather than something worn for specific missions.

SUPERMAN: I have super-hearing, you know... I can hear the wheels turning in your brain. Figure it out yet?

BATMAN: I've read the "who's who" of every college from the last twenty years. I'll find that chin one of these days. And you...?

SUPERMAN: Nope. Lead lining in the cowl was a good idea, but honestly, I'm way too busy to figure you out. 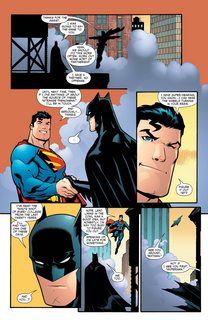 SUPERGIRL: Why do you wear eyeglasses if you can see better than anyone on the planet?

SUPERMAN: When those of use who are... heroes want to have lives without the cape, it's important to keep our identities a secret.

SUPERGIRL: And that's why Batman doesn't take off his lead-lined cowl?

SUPERMAN: You noticed the lead, hmm? I didn't know your x-ray vision had kicked in. 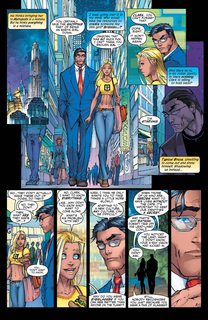 SUPERMAN: Sorry. It's been a while, hasn't it? First I was dead, then Bane broke you -- at least, that's what I heard. Nice to see you're back on your feet. I like your new look -- especially the lead-lined mask. 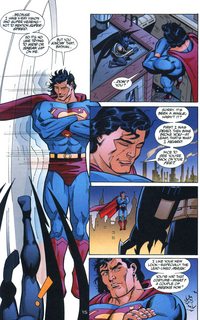 Batman was known to use lead lining in his masks in some Pre-Crisis stories, however in these cases it didn't appear to be standard gear.

For example, in Detective Comics Vol. 1 #327, he used lead lining in his mask to shield his brain from a device a villain had previously used to paralyse him. Evidently, the lead lining wasn't present in the earlier instance, otherwise the device wouldn't have worked on him the first time.

BATMAN: Before you go, Fenton... Robin and I deduced that you planted those marks on our foreheads with a beam of radioactive phosphorus! And we realized afterward that the invisible imprint of that beam on us enabled you to send out and energy signal -- from this box in your pocket -- which affected the motor areas of our brains -- so that anytime you wanted, within a range of about ten feet, you could halt us -- stop us from moving!

BATMAN: How did we outwit you? With a lead lining inside my mask that prevented your energy signal from reaching me! 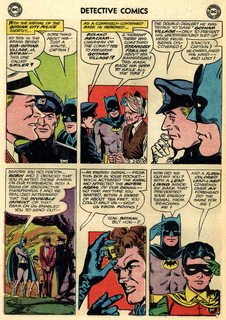 While under hypnosis from Superman in World's Finest Vol. 1 #155, Batman also modified one of his costumes in various ways -- including lining the mask with lead -- so that he could assume the alter-ego of Nightman. Again, this suggests his masks weren't lined with lead as standard.

ROBIN: But you made us all think you didn't know who Nightman was!

SUPERMAN: But I never said I didn't know... I'd given Batman an hypnotic command to line his mask with lead, so I couldn't truly say that I could see Nightman's face! 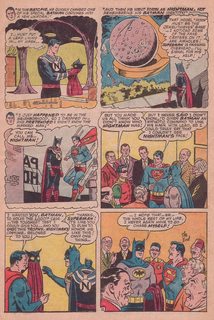 -5
Has Batman addressed the hazard of lead exposure while wearing lead in his armor?

19
Can Superman kill people with his X-Ray vision?
24
When did Batman say "I am Batman" for the first time?
6
X-ray vision of superman: Is lead the only element stopping the ability?
13
Did Batman use his cape to glide before The Dark Knight?
14
When did "The Batman" become "Batman"?
6
Does lead paint block Superman's X-Ray Vision?
2
When did Dick Grayson leave Batman?
6
When did Batman die?