Were the distinctive elements of the uniforms snow troopers from The Empire Strikes Back based on any particular real-world uniforms?

After we watched all three Star Wars movies again last week, one of my sons asked me which variant of the stormtrooper was my favorite. I told him it was the snow troopers from The Empire Strikes Back, but that set me thinking. 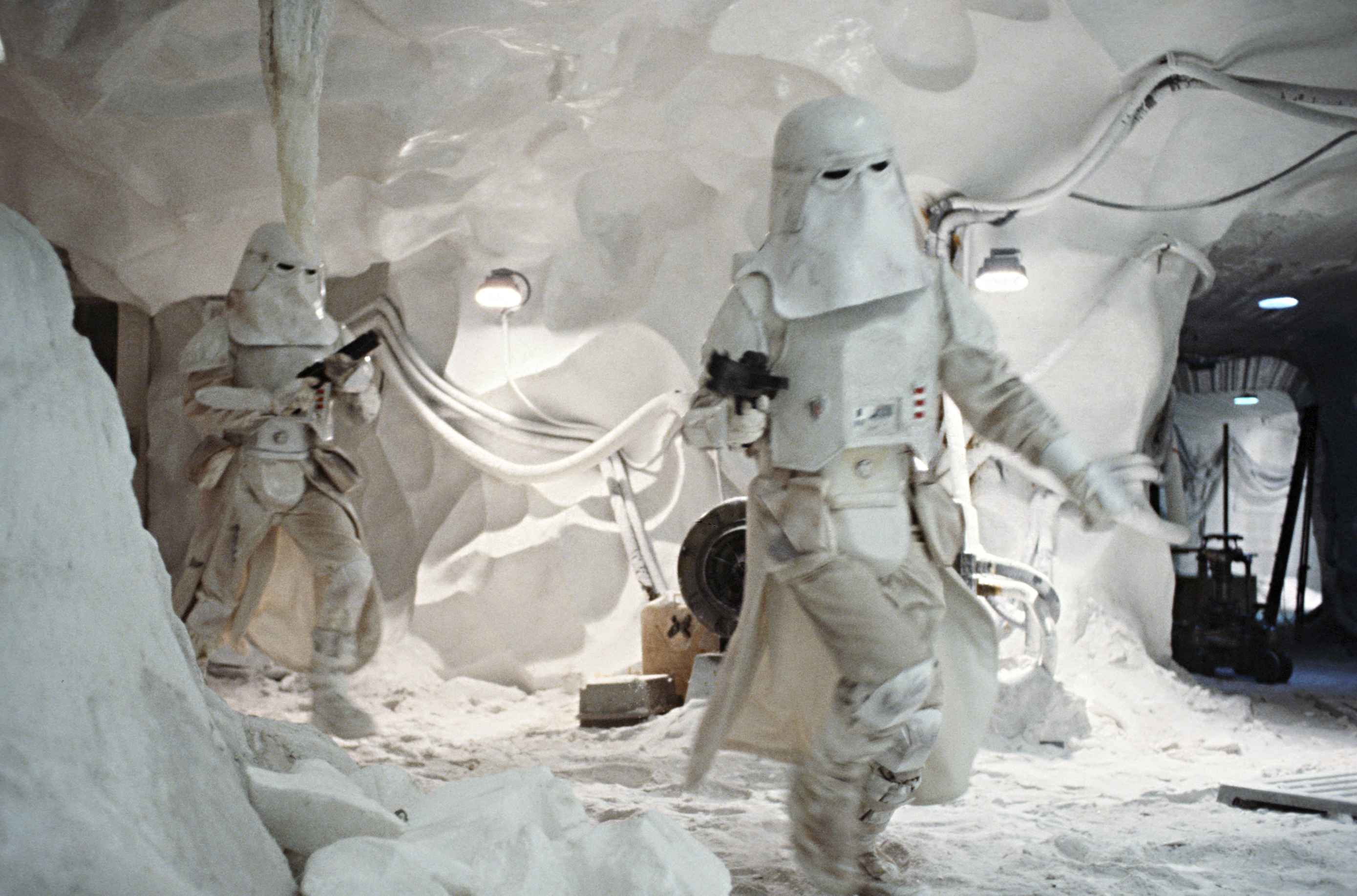 With their all-white outfits, with more fabric than is seen on the regular imperial stormtroopers, I realized that they reminded me of the various Second World War soldiers (Soviet, seen below, as well as German and Finnish) that used white uniforms for fighting in the snow (particularly during the aptly-named Winter War). 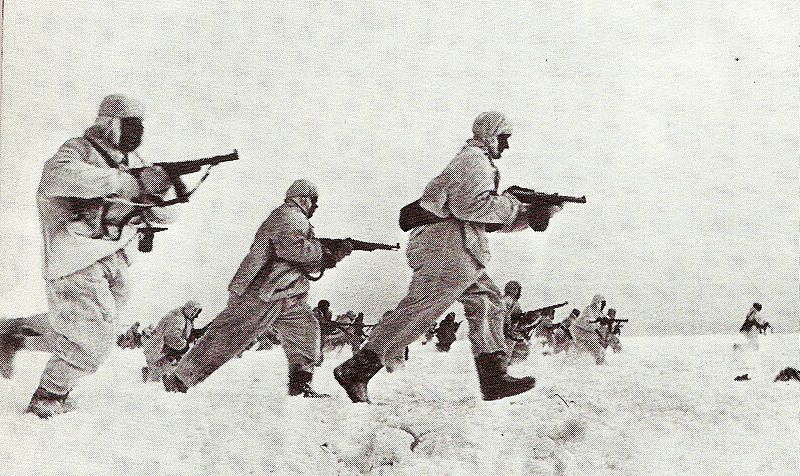 John Mollo, the Oscar-winning costume designer for the first two Star Wars movies, was an expert on historical military uniforms before George Lucas hired him for A New Hope. (He subsequently worked on a number of other science fiction films featuring similar "used future" aesthetics, including Alien and Outland.) Mollo based many of his costuming ideas on real military uniform motifs. It is obvious, just from inspection, that the rigid dome of Mollo's snow trooper design is, like the dome of Darth Vader's helmet, taken from the distinctive German stahlhelm. However, I was wondering whether other elements of the costume (particularly the distinctive flaps covering the lower parts of the troopers' faces and the cloak-like backflaps around their legs) were adapted from any real-world military wear. (I thought that I had seen something like the face flaps in real Second-World-War outfits, but none of the images of period gear seem to match.)

A bit of information here:

"As for the standard infantry snowtrooper", McQuarie said, "My helmet shape is a bit like a Russian solider maybe. But almost any helmet you make is going to be compared to some type in the history of military garb...the whole face is covered, like aviators in World War 1 that had to fly in subzero temperatures. You had to cover your face or you were sure to get your nose frostbitten". Johnson added the hood that covered the snowtrooper's neck, which McQuarie thought was 'a nice addition'.

Not the answer you're looking for? Browse other questions tagged star-wars behind-the-scenes the-empire-strikes-back costume or ask your own question.