How strong was Darth Vader?

Darth Vader was comprised of many robotic parts. Just how strong was he with those parts if we don't take into account modifying his strength with the force? Is there any evidence that he had super strength? He picked up the emperor over head fairly easily when he was pretty beat up so I have to imagine he was strong but just how strong was he?

In Darth Vader Volume 2: Into the Fire, Darth Vader is thrown into a deadly test by the Emperor as punishment. He is explicitly forbidden from using the Force by Sidious, and it is repeatedly reiterated that Sidious would know if does. 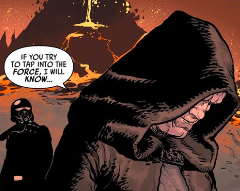 This is perhaps the only example in canon where we know for certain that he isn't using the Force. It is worth noting that Sidious also damages some of his armor, which he has to temporarily replace with scraps, though. 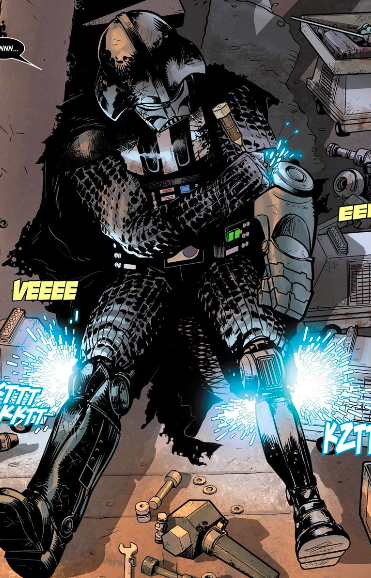 Throughout this ordeal, he is shown performing a number of feats of strength, such as lifting a humanoid with only his one arm, digging himself out of rocks, punching through a "tough exoskeleton"-ed lava flea, plunging a weapon into a Roggwart, forcing open a big, stone door, supporting his own body weight with one arm, punching through rock, and punching out a solid metal droid. His new Super Battledroid arm is doing a lot, but his "original" right arm and especially his left upper arm are certainly playing a part. 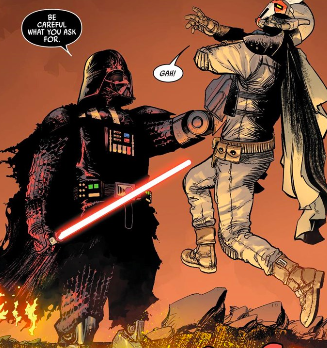 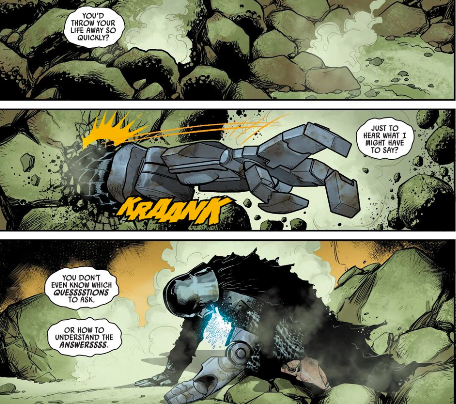 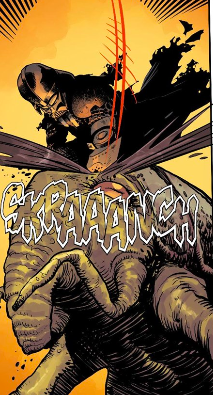 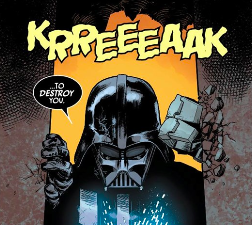 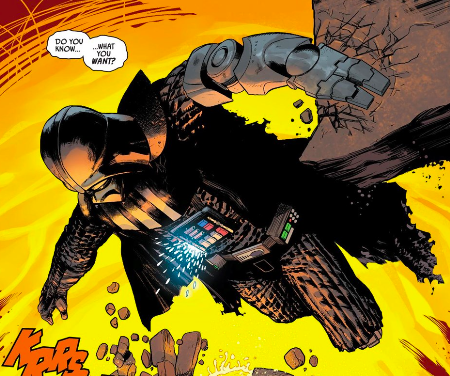 It's also said that his mechanical parts are not special or uniquely powerful. 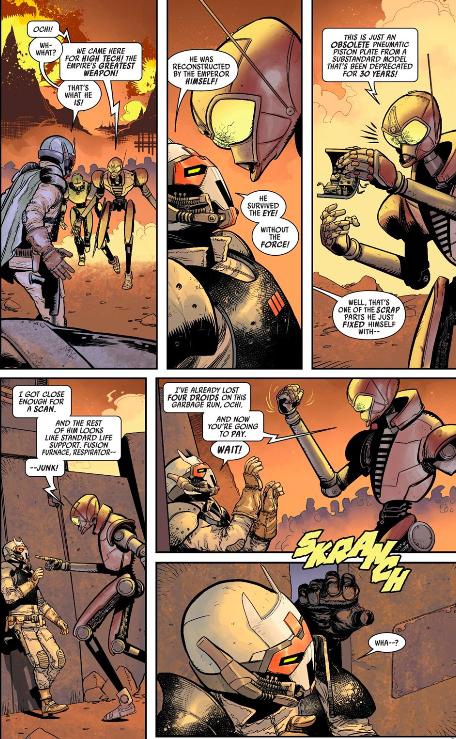