A fantasy novel under London

I read this novel only a few years ago. But I still had my old normal life then (as most of mankind…), so no later than January 2020…

The main character also lives a normal life in normal London till the day he saves a mysterious young woman who had appeared mysteriously and, I think, soon disappears just as mysteriously.

But from that moment he starts losing his own normal life and is “absorbed” by a different, underground London. And I don’t mean just London’s Underground, the Tube, though I think I remember that the names of several stations do enter, as puns, into the story. It is much more sinister than that.

I forgot most of the details, except that there was a contract on the head of the young woman, who was tracked down by two sadistic assassins. In fact what reminded me of this novel was (re)watching the Bond movie “Diamonds are forever”. But Mr. Wint and Mr.Kidd pale compared to the two assassins of this book.

Among other details, though I remember that the main character and the young woman get rid of the assassins and their employer, I forgot how. The only thing I remember is the very end : the main character returns to the normal London and gets his old, normal life back. But he is changed by his experience and is now dissatisfied after recovering what he was longing for during most of the book. So he somehow goes back to the underground London. One can suppose an idyll with the young woman will ensue.

This is Neil Gaiman's Neverwhere, which is a novel based on Gaiman's work resulting in the BBC mini-series of the same name.

The young woman is named Door, and is the last remaining daughter of a House of 'openers': people who can make things, like doors, open, in ways literal, figurative, and magical. The protagonist, Richard Mayhew, is indeed sucked into a "London below" in a way which overwrites the rest of his life. Richard undertakes a heroic journey to rescue Door from the deliciously wicked villain pair: Messers Croup and Vandemar.

The villains have an employer who hired them to kill Door and her family, and they are all pretty well thwarted by the end of the tale.

The hero does regain his old life in "London above," but just as you write, is changed by his ordeal, and returns to seek Door and her crew.

Other notable characters include the Earl of Earl's court, the Marquis de Carabas, Hunter, Serpentine, the Black Friars, and Old Bailey.

Here are some of the paperback book covers: 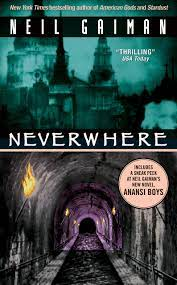 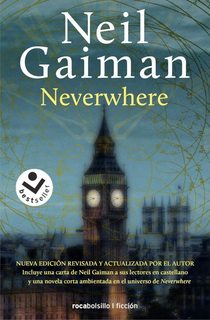 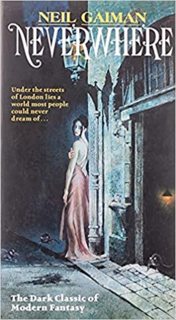 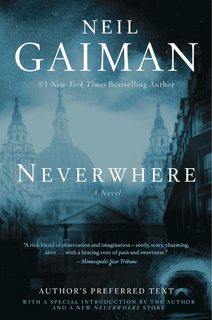 This question is also a partial match to the following:

Terry Pratchett also wrote a story similar to this called Dodger, inspired by the character Artful Dodger from Charles Dickens.

In "Dodger" he is a tosher, who works in the London sewers finding objects of value that he then sells/trades for a living. He rescues a young woman (called Simplicity in the story) from being beaten, and helps her to evade those hunting her with the help of two characters Charlie (Charles Dickens) and Henry (Henry Mayhew). During his endeavors to help the young lady, he meets and interacts with a wide range of famous and infamous London characters, both real and fictitious, including causing the arrest of Sweeney Todd, outsmarting Robert Peel and visiting Queen Victoria.

Throughout the story Simplicity is hunted by her former captors, including by a hired assassin called "The Outlander", who always travels with a companion and who Dodger outwits.

The next bit covers one of the points in the question, but is a bit of a spoiler of the plot, hence the spoiler tag:

In the end Dodger and Simplicity fake her death and escape to the country, eventually returning to London as husband and wife, having adopted "country accents" and changed names etc. Queen Victoria employs Dodger as a spy, given his propensity for escaping trouble and getting into places he shouldn't.

20
Fantasy novel about kid who finds out the 'evil warlock' is his father?
15
old fantasy novel with ravens or crows and magic staff
10
Help Identifying fantasy novel about magic red jewel
12
Fantasy novel, magic sword and different worlds
7
Novel about underwater city with separatists
15
Identify a fantasy novel about a boy who gains powers from his MUD character
6
Young adult sci-fi novel where main character undergoes bone surgery
4
Trying to think of a novel I read in the mid 80s set in a dystopian future
21
Fantasy novel/series with young man who discovers he can use magic that is outlawed
6
Fantasy novel: dueling sorcerers and a damsel in distress