In "Emissary," the station DS9 is moved from orbit around Bajor to the entrance of the wormhole- but without any stellar body there for it to orbit, what's keeping the station from drifting away?

Both the wormhole and Deep Space Nine are in orbit of Bajor-B'Hava'el, the central star in the Bajoran Star System. The station has thrusters that allow it to make small corrections and remain in constant proximity to the wormhole itself. 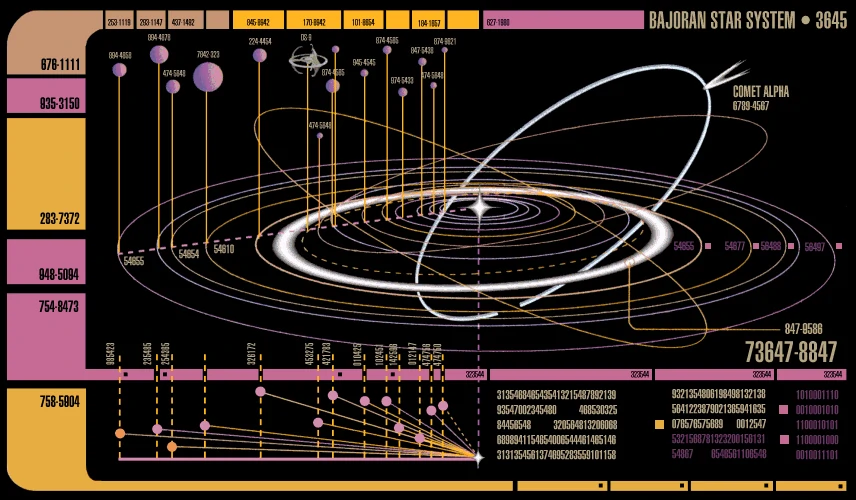 The original script for DS9: Emissary indicates that the station has been moved about 160 million kilometres from its original position (which, for reference is about 80% of the mean distance between Earth and Mars). Its new location is still well within the same star system.

O'BRIEN: This isn't a starship, Major. We've got six working thrusters to power us and that's it. A hundred-sixty million kilometer trip would take two months.

KIRA: It's got to be there tomorrow.

35
How long would it take the Defiant to travel from DS9 to Earth (or vice versa)?
4
How did they find Captain Sisko at the end of the DS9 episode "Waltz?"
11
Why did DS9 need a Science Officer (pre-wormhole!)?
7
Why do the Bajorans own DS9?
15
Why did it take 10,000 years to discover the Bajoran wormhole?
9
What does the Bajoran Wormhole orbit in the Bajoran system?
16
Does the Bajoran Wormhole have "Off-ramps"?
21
What happens to the ore-processing facilities of Deep Space Nine?
7
What happens to the runabouts when Starfleet abandons DS9 at the start of the Dominion War?
12
Why did Starfleet not attempt to make contact with the Prophets?