Are these scenes from the Star Wars prequels reused in The Book of Boba Fett?

In the series premiere of The Book of Boba Fett, Boba Fett is shown to be in some sort of recovery tank (similar to the one seen in Empire Strikes Back where Luke is recovering on Hoth). During this, he is shown to be dreaming about his past where multiple flashbacks are shown, two of which were:

Flashback # 1: Clash on Kamino (one image below). This was similar of Jango and Boba's escape from Tapoka city on Kamino right after a short fight between Boba and Obi-Wan Kenobi. 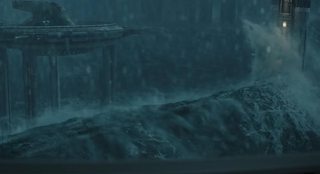 Snapshot from Book of Boba Fett, click to enlarge

Flaskback # 2: Battle of Geonosis (one image below). This was similar to the scene from Attack of the Clones after Jango was beheaded by Mace Windu. 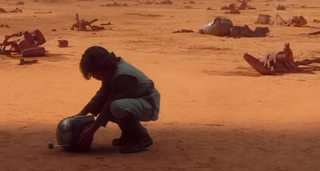 Snapshot from Book of Boba Fett, click to enlarge

According to the actor, a new over the shoulder shot was created for the show, but the rest is from the original film.

In the video comparison below, the angle, framing and position of the actor in the scene is different to the film version:

Daniel Logan, the actor, confirmed in a tweet that the over the shoulder shot was new, the rest of the footage was from the film

Q. This shot wasn’t in AOTC. Was it unused footage or did they re-create this?

@Daniel_Logan: That particular over the shoulder shot is new. The rest of young #BobaFett is from the 2000 shoot in Australia.

According to Joanna Robinson on the Ringer-Verse podcast (from whom I stole the Flashbacta Pod joke above), the Flashback #2 shot of young Boba with his father's helmet from Attack of the Clones was partially reshot for The Book of Boba Fett, to avoid re-using older computer-generated imagery that may not hold up so well against today's effects.

Not the answer you're looking for? Browse other questions tagged star-wars boba-fett the-book-of-boba-fett or ask your own question.

5
Story/book identification - Star Wars Choose Your Own Adventure, fighting Boba Fett
54
How did Boba Fett know to hide in the Star Destroyer "Avenger"'s garbage?
15
Is Boba Fett alive in the new canon?
27
Why is Mos Espa in a big hole?
8
How long was Boba Fett with the Tuskens?
9
Why does Boba Fett look for his armor in the Sarlacc Pit?