Is Equestria on a flat world like Discworld or on a sphere?

This question came to mind after reading a comment on another question comparing Equestria to a Ptolemaic/geocentric universe.

Since the first episode, Celestia and Luna have been described as the ones who raise and lower the sun and moon - without them Equestria would be stuck in an eternal night/day (exactly what Nightmare Moon tried to do).

The show intro sequence claims that:

Once upon a time, in the magical land of Equestria, there were two regal sisters who ruled together and created harmony for all the land. To do this, the eldest used her unicorn powers to raise the sun at dawn; the younger brought out the moon to begin the night.

The use of the word "raise" and the fact that the planets couldn't simply be left to orbit made fans argue if the planet Equestria is on is shaped like a sphere or is flat like Discworld.

For example, one comment at https://tvtropes.org/pmwiki/pmwiki.php/Headscratchers/MyLittlePonyFriendshipIsMagicSetting argues that it's flat:

Observation and deduction time: The world of Equestria is self-evidently Geocentric, and the fact that the moon and sun have to be raised DAILY, rather than simply left to orbit... and that they can be stopped dead in their tracks without catastrophic environmental consequences (such as the Sun and Moon 'falling out of the sky')... implies it's a flat world as well, a la Terry Pratchett's Discworld.

Is there any concrete evidence to either theory to be found in the show?

The planet is indeed a sphere.

"The Earth is round; there is no up or down"

This alone can't probably be taken as a full proof since Pinkie (and Puddinghead too) isn't the most reliable source for information.

A more concrete proof is the episode Secret of My Excess, where a globe can be clearly seen: 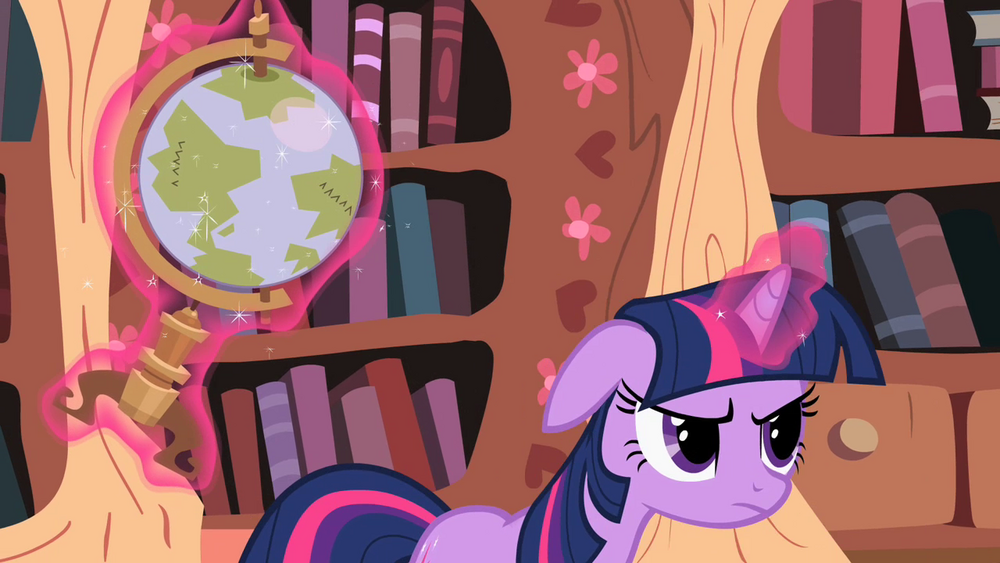 But... you don't even have to look so far. The show intro theme actually hides the answer in plain sight. 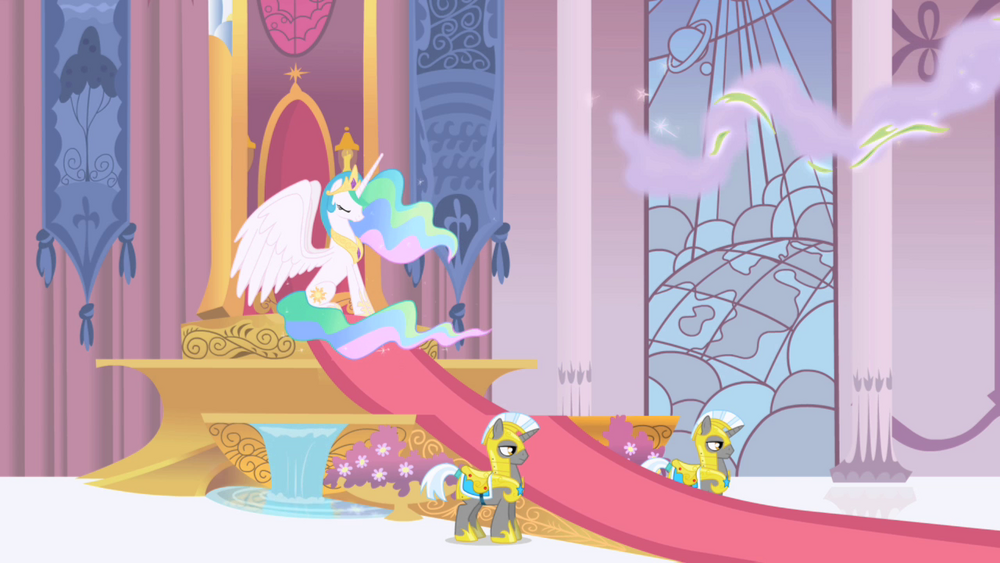 On the window beside Celestia, an image of the world is shown. And it is indeed a sphere.

Yet, some could still say that every single example so far only prove that the popular belief is that the planet is a sphere and therefore ponies may be wrongly depicting that way.

In that case, a final answer can be found in the official IDW comic.

In the "Nightmare Rarity" story arc, the ponies end up visiting the moon. In a scene, we see Luna fleeing from the moon and returning to Equestria to warn the other of the danger they found. 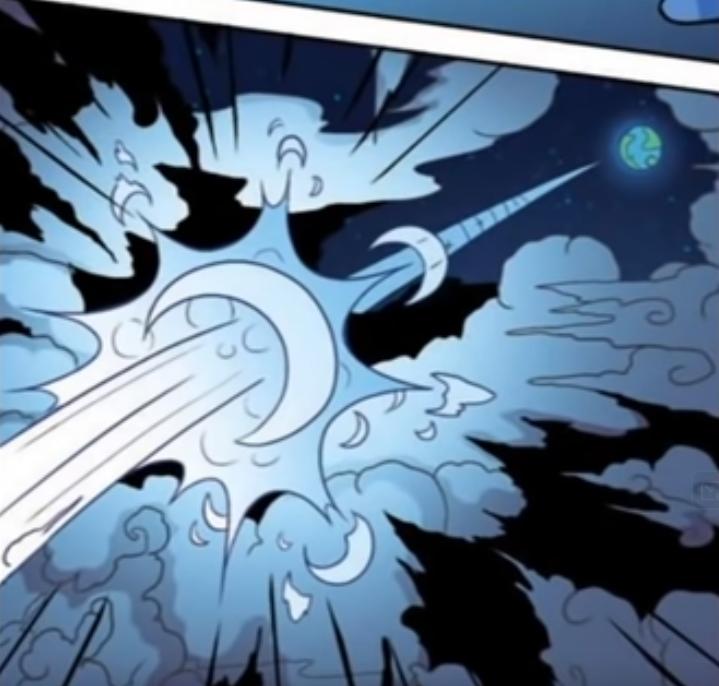 In that scene, Equestria is seen as an actual planet floating in space, no artistic depiction involved. And it is still a sphere.

9
Are earth ponies represented in the government of Equestria?
8
Is there a king or queen of Equestria?
2
Why is there such an odd mix of technology in Equestria?
4
Do the ponies of Equestria have non-exile space travel?
7
Are there other artwork foreshadowings in "My Little Pony: Friendship is Magic", like the one in the pilot?
4
Does Equestria have elections?
1
How does equestria justify the changling famine (if it exists)?