Did Tolkien actually use asterisms in the Lord of the Rings?

I own a version of The Fellowship of the Ring that I'm enjoying a lot, and now that I'm nearing the end I thought I might as well buy an ebook on Amazon containing all three books so I can go on with my reading (instead of looking for book 2 and 3 of this one specific edition).

However, I've come across an unexpected obstacle. By skimming through the free Kindle previews that Amazon offers, I've found that none of them use asterisms—whereas my copy does. By this, I mean this symbol here:

which is sometimes used to indicate a hard break between paragraphs, with smaller breaks being indicated by a simple empty line between the paragraphs in question. But in every single preview I've read, the empty-line type of break is the only one that is universally used in all instances.

So I started wondering: what did Tolkien do? Which version should I go for in order to read a text that is the closest to Tolkien's own use of punctuation?

I don't believe he used asterisms but cannot say for sure as photos of inside pages of the first edition are incredibly hard to find - probably from owners wanting to keep their originals as pristine as possible. However, looking through what is available, the asterism doesn't seem to align with his style.

Here's a look inside a first edition: 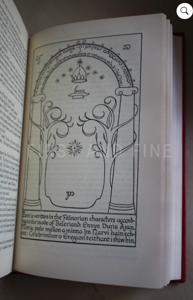 And a second edition: 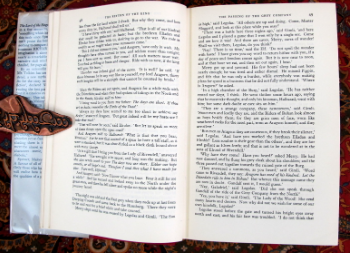 (more images are available through the links.)

For your second question, it's important to note that there were major print errors introduced with the second impression, and many of those issues still show up in print today. So, I would argue that you'll probably never get a version that is a perfect representation of his initial creation.

Additionally, there were 9,250 pages in the original manuscripts. Tolkien intended for the work to be as single and complete piece of literature. However, from the Lord of the Rings Wikipedia article:

For publication, the work was divided into three volumes to minimize any potential financial loss due to the high cost of type-setting and modest anticipated sales: The Fellowship of the Ring (Books I and II), The Two Towers (Books III and IV), and The Return of the King (Books V and VI plus six appendices).

William Fliss, the Tolkien Archivist at Marquette University (where all of the Lord of the Rings manuscripts are), said in a reddit AMA that he doesn't remember seeing any, though added that he never actively looked for them either.

A. Not that I can think of, but I haven't been looking for asterisms either. ... Sorry for the brevity of the response. I am overwhelmed by the number of questions!
I am William Fliss, Tolkien Archivist at Marquette University in Milwaukee. Ask Me Anything!

I took a quick look and didn't find any in my 1st edition (see picture below). You should point out a specific part of the text where there is a dinkus in you edition if you want me to compare on that specific spot :)

For the rest, I fully agree with Grokante's answer. 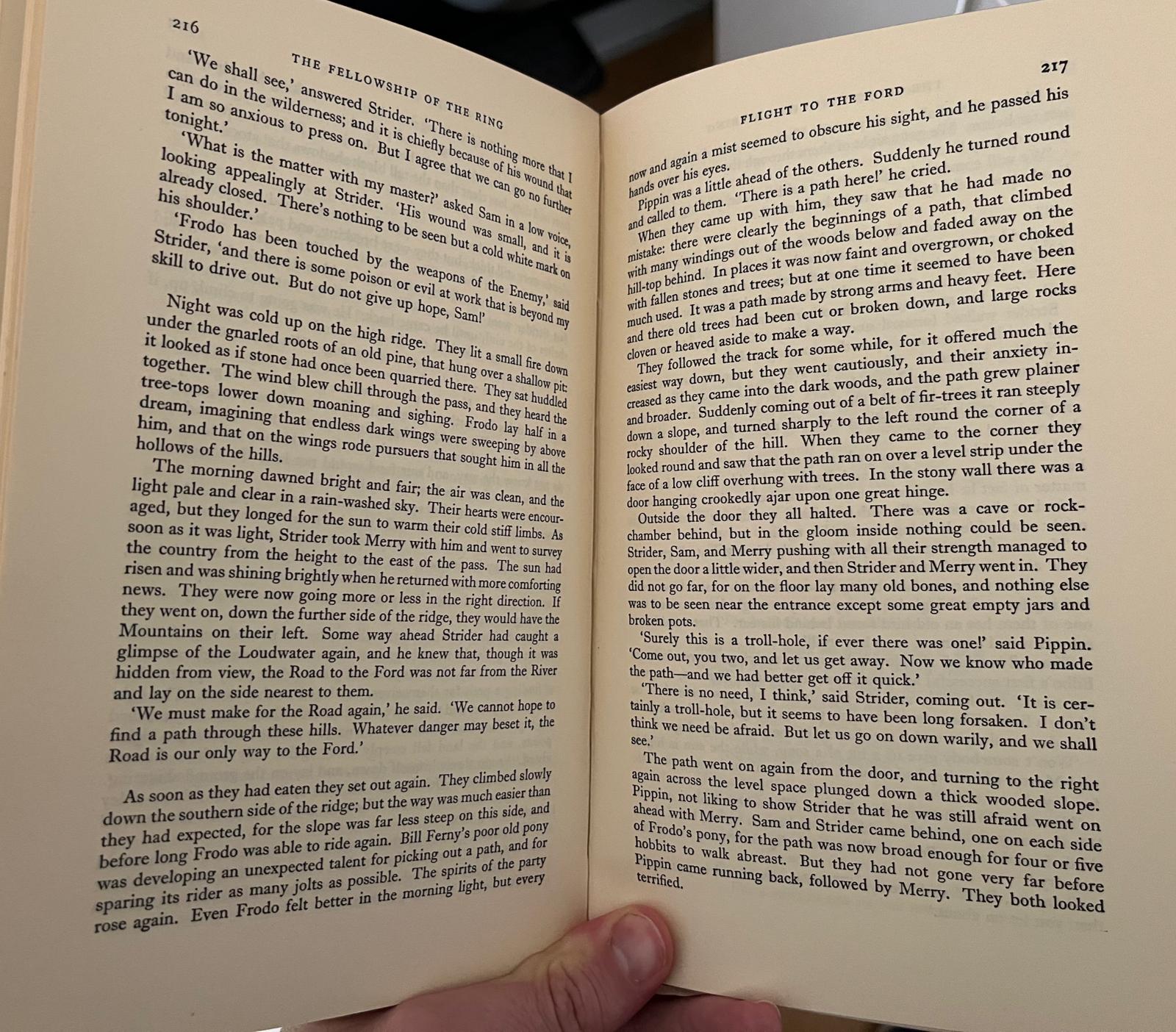